This holiday season, it’s going to be a beautiful day in the neighborhood 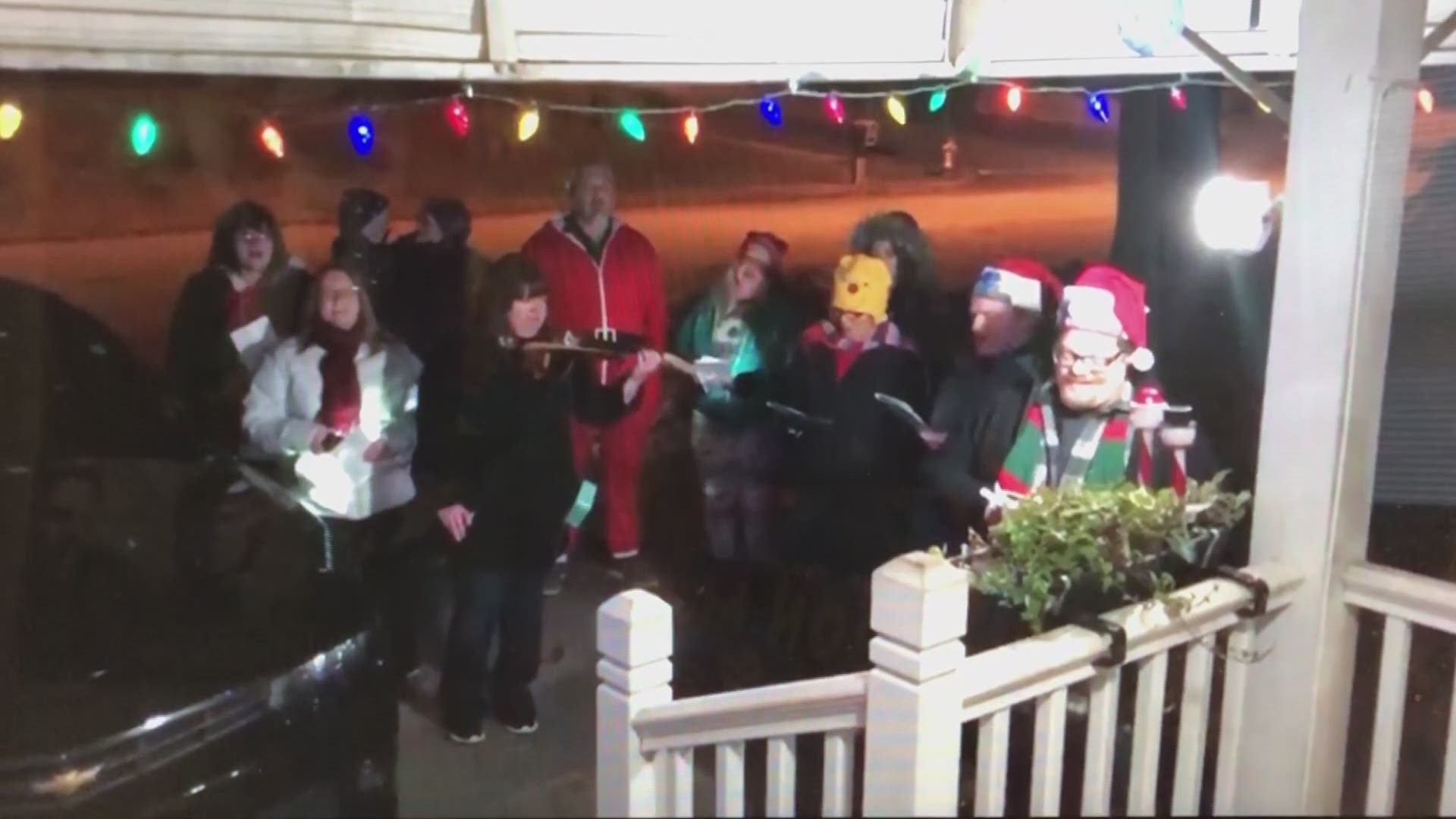 While these types of holiday rituals may seem a touch old-fashioned by today’s standards, to the residents of the Jefferson Park neighborhood in East Point, they wouldn’t have it any other way.

Located in Ward B, Jefferson Park is bordered by Main Street on the west, Norman Berry Avenue to the south, Sylvan Road on the east, and its northern border is drawn by Oakleigh Drive.

Comprised of roughly 1,100 homes, two public parks and three churches, this unassuming neighborhood is actually one of the largest in the city of East Point.

In spite of that fact, this quiet neighborhood proudly embraces its friendly and tranquil aesthetic. Residents have even begun affectionately referring to the streets of their neighborhood as "Mayberry," after the fictional town from the "Andy Griffith Show."

Those East Pointers who may not be overly familiar with Jefferson Park will almost certainly know of it by its celebration of another Fall holiday - Halloween. While the Bryan Ave Spooktakular may get all of the attention, it’s really during Christmas when the folks that call this neighborhood home, really step up to the plate with community engagement.

My East Point News met with one of the neighborhood organizers and a few members of the Jefferson Park Neighborhood Association (JPNA,) to get a better understanding of just what it is that Jefferson Park has to offer its residents during the holiday season and beyond.

Here’s a brief rundown of the some of the amazing community-focused activities sponsored by the JPNA:

Jefferson Park Elf: This particular tradition takes place from Thanksgiving until Christmas Day, wherein a JP resident will receive an anonymous gift from another resident. The gift can be homemade or store-bought, the only rule is don’t get caught. "You’ve been Elf’d" is the catchphrase on the note, to let you know that its official. Even better, once you’ve been "Elf’d," then it’s the recipient’s turn to "elf" another neighbor, pay-it-forward style.

Progressive Dinners: These biannual dinners are quite unique and popular with the residents, as well. Imagine a potluck dinner spliced with a pub crawl and you’ll get some idea of the delightful nature of these community dinners. Drinks and appetizers are served at the first host home then, as a group, everyone travels to the next house where the soup and salad course will be served. The third house is the entree, followed up by the last - but certainly - not least important course: dessert.

The Lottie Maynard Fund: This community enrichment fund gets its namesake in honor of the late Lottie Maynard, a JP resident who lived in the neighborhood for over 50 years. Lottie, along with her husband Charlie, were dedicated members of Jefferson Avenue Baptist Church and dedicated their lives to helping out those in need. This long-standing tradition is anonymously awarded to one or more families annually.

Christmas Caroling: In a new return to the fold, former JPNA board member Jeannine Henderson revived the defunct tradition just last year with 15 participants. This year, with the assistance of residents from Colonial Hills and other neighborhoods, that number bumped up to over 20 carolers. Henderson mentioned that this year’s group visited approximately 30 homes.

Since its inception, the JPNA has been committed to promoting community socialization throughout the neighborhood, as well as charitable endeavors. During the holiday season, the community seems to bond together that much tighter.