The 73-year-old victim said she's still shaken about the attack. 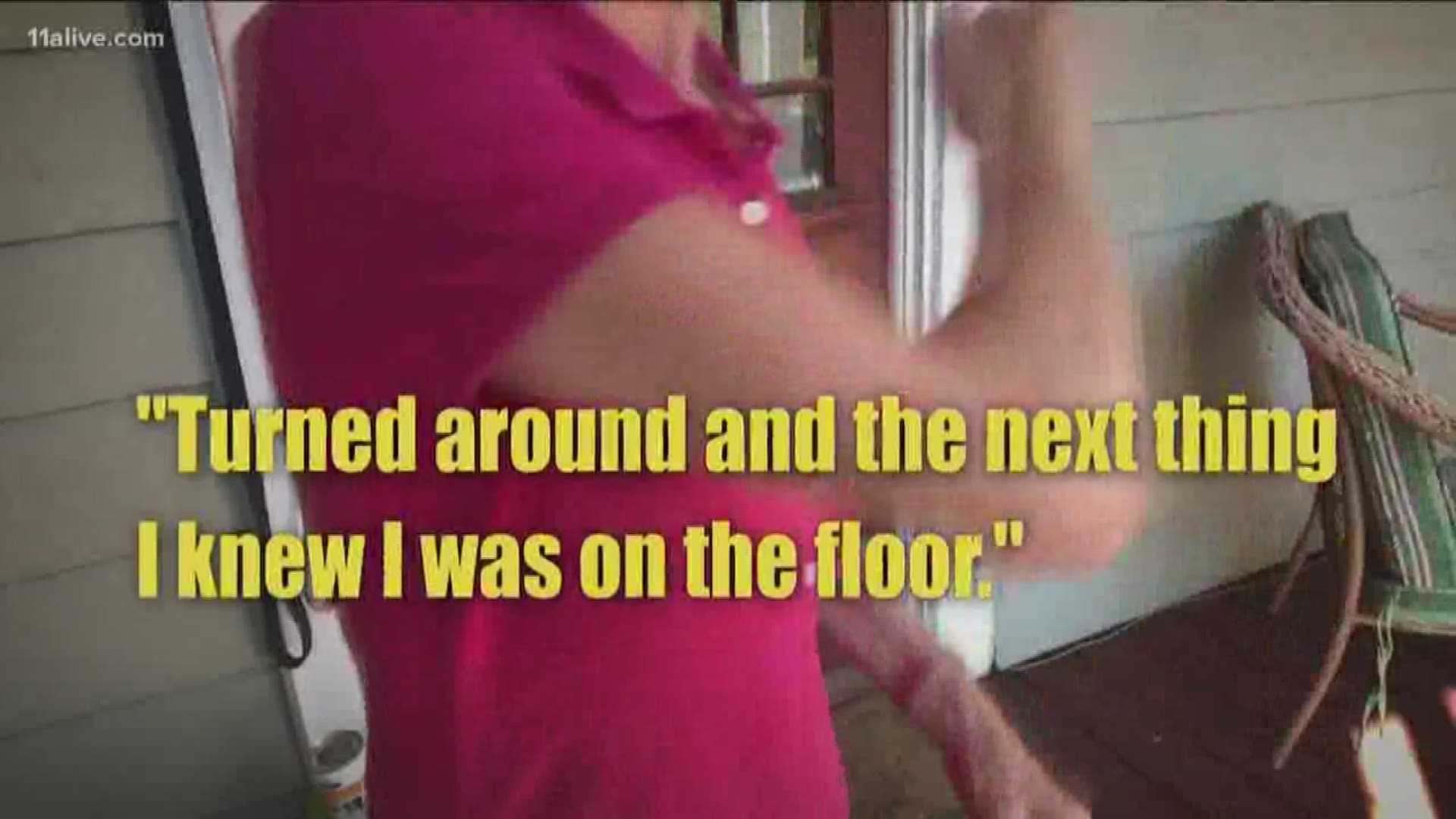 EAST POINT, Ga. — Police are leading a serious search to find the woman accused of tying up and violently attacking a 73-year-old woman inside her East Point home last month. And police are warning her because they believe the suspect will come back looking for her.

That woman told 11Alive's Ron Jones she thought she wouldn't live to see another day after the violent attack.She's still shaken about the attack.

"You thought she was going to kill you?" asked Ron Jones.

Police said 26-year-old Lashandra Boyd is the prime suspect in the Aug. 8 daylight home invasion on Dorsey Avenue. They say she broke into the 73-year-old woman's home and waited for her to return.

When she walked through the front door, police said Boyd, who also goes by Starr Red, attacked.

"I turned around, and the next thing I knew, I was on the floor," said the victim, who asked not to be identified.

She said Boyd wrapped her wrist, eyes and feet with duct tape. The threatened her at knifepoint, demanding the PIN to her bank cards.

"And I'm on the floor bound from head to toe," she recounted. "All I was trying to do was answer her questions."

RELATED: Woman tied up, robbed in her East Point home

But when she didn't answer fast enough, Boyd allegedly stomped her hands.

"I want your information. Where's your pocketbook? Where are your pin numbers? I want your password numbers," she listed. "And she would grind my hand."

Police arrested Boyd's alleged accomplice in the crime, Gelisa Lowe, on Aug. 22. But they've yet to catch up with Boyd.

East Point Police said Boyd is violent, and is wanted for a murder not far from where this alleged armed robbery happened. And, she has a criminal history - from cruelty to children to aggravated assault on a police officer to drug charges.

"Are you concerned she could come back and target you again?" Ron Jones asked.

"Absolutely," the 73-year-old victim answered. "When she left, she made the comment, 'if these number don't work I'll be back.'"

Authorities are asking anyone with information on Boyd's location to call East Point Police immediately.