The mother of the teen says she's wants the suspects found and charges pressed. 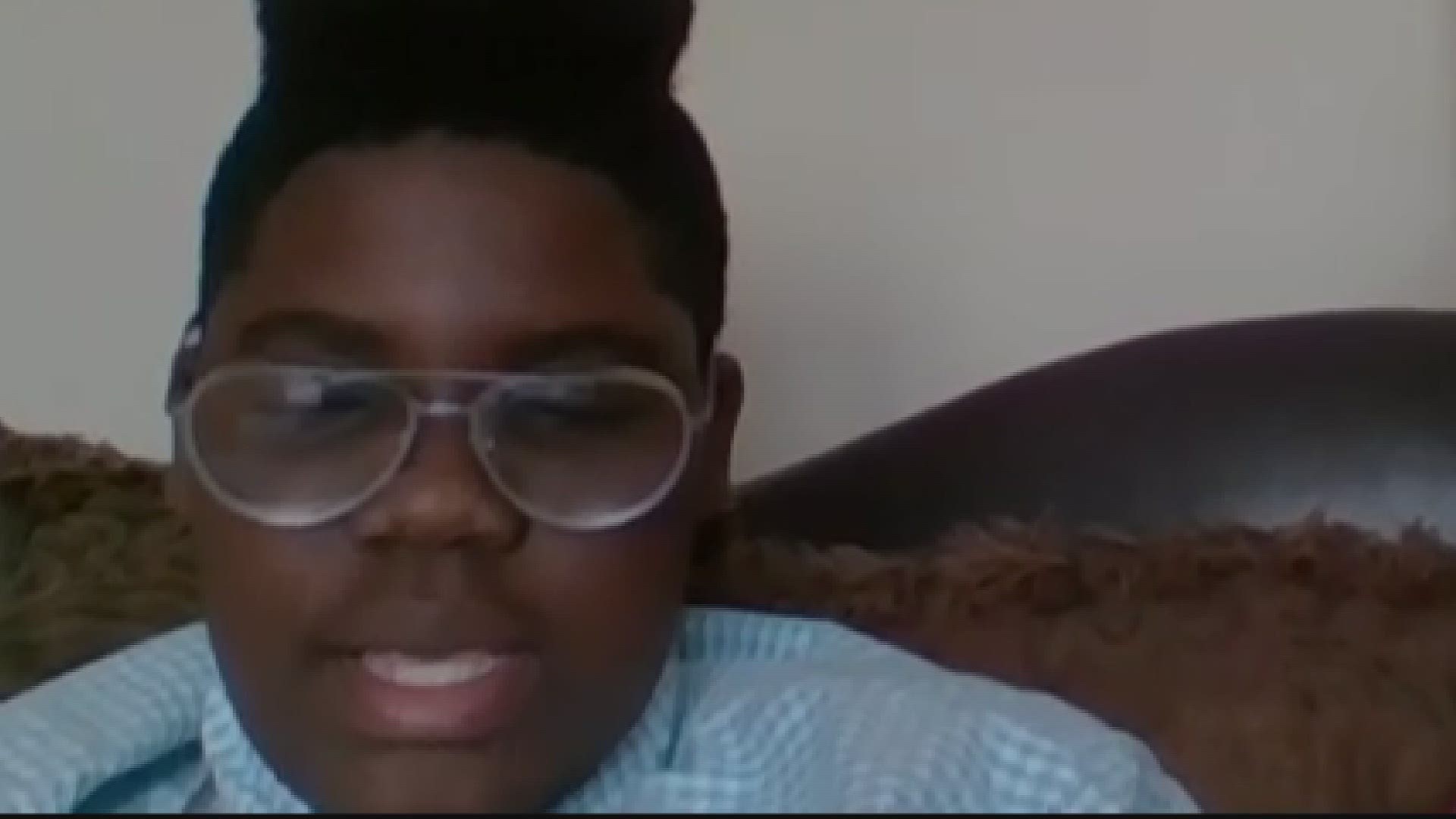 LAWRENCEVILLE, Ga. — According to the Gwinnett County Police Department, officers were called out to a home in Lawrenceville on Saturday night after a 14-year-old says he was verbally accosted by a pair of white males.

Officers responded to the subdivision off Leafleft Ives Trail at 8 pm, where they were met by Donovan Thompson and his mother, Wakanda Thompson. According to the report, the boy told officers that he was running in the neighborhood when a silver 4-door passenger car pulled up alongside him. The 14-year-old says that the two men proceeded to yell derogatory things at him before spitting on his arm.

"They said things like 'you're poor' and 'go back to your hood'," explained Thompson. "They also used racial slurs to describe me."

The teen's mother says she was filled with anger and hurt all at the same time.

"I was like 'why would you do this to my son?' and then we're in a pandemic and you're spitting on him," added Wakanda.

The mother explained that her son had been instructed by his football coach to start running to prepare for the upcoming season.

"Now he has to worry about running alone and making sure that someone is watching him," said Wakanda.

Wakanda went on to say that while her and her son have received a great deal of support due to the incident, it has shown residents that racism is alive in their community.

"It's reared its ugly head here in our town and we're not going to stand for it," added Wakanda.

Wakanda told the police that she would like to press charges once the suspects are located. If you have any information about the incident or the suspects involved, you can contact the Gwinnett County Police Department at 770-513-5300.