City of Lawrenceville and Aurora Theatre celebrates the future of the arts community. 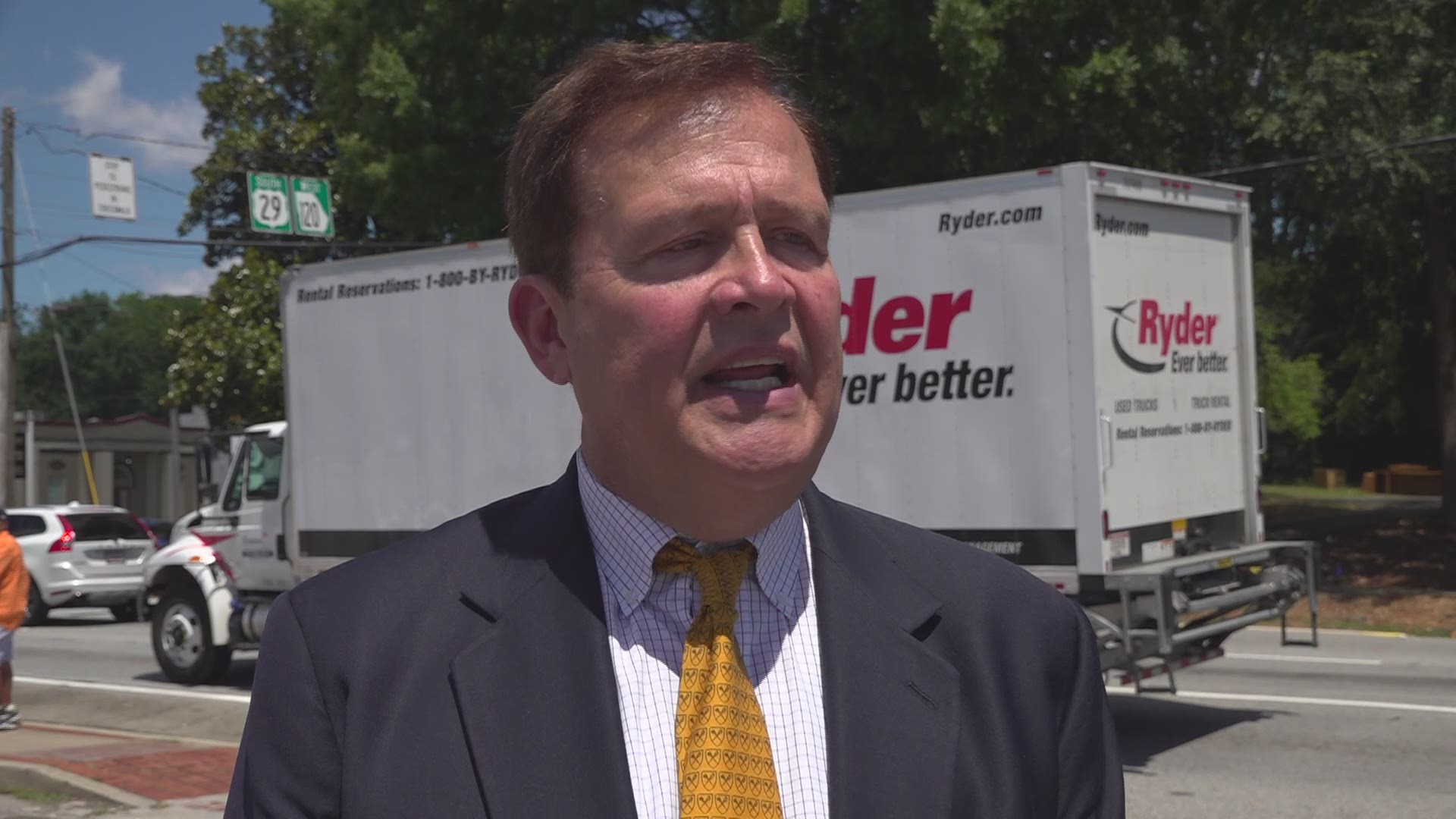 LAWRENCEVILLE, Ga. — On Thursday, the Aurora Theatre and the City of Lawrenceville broke ground on what Mayor Judy Jordan Johnson calls Act II.

The Lawrenceville Performing Arts Center will be the new home of the Aurora Theatre.

As Mayor Johnson closes her chapter as mayor of the City of Lawrenceville, this was a tearful moment for her.

"In some respects not being here for the completion in official capacity probably brought the tears to the eyes," Mayor Johnson said.

The Aurora Theater has called Lawrenceville home since the early 2000s and has served over 70,000 people and have partnered with many groups in the community such as Georgia Gwinnett College. This expansion comes at a time where Lawrenceville looks to build a more walkable city and grow its arts community.

"This is a legacy project built from a million dreams held by our community for an arts home where all are welcomed," said Anthony Rodriguez, co-founder Aurora Theatre.

The $31 million, 55,000-square-foot project will be one of a kind to Gwinnett County. It will have classrooms, outdoor space, and a 525-seat theater. It is beyond what most could have imagined when it first came to Lawrenceville.