As a result of shuttered movie theatres and canceled conventions, Galactic Quest has seen renewed interest in comic books. 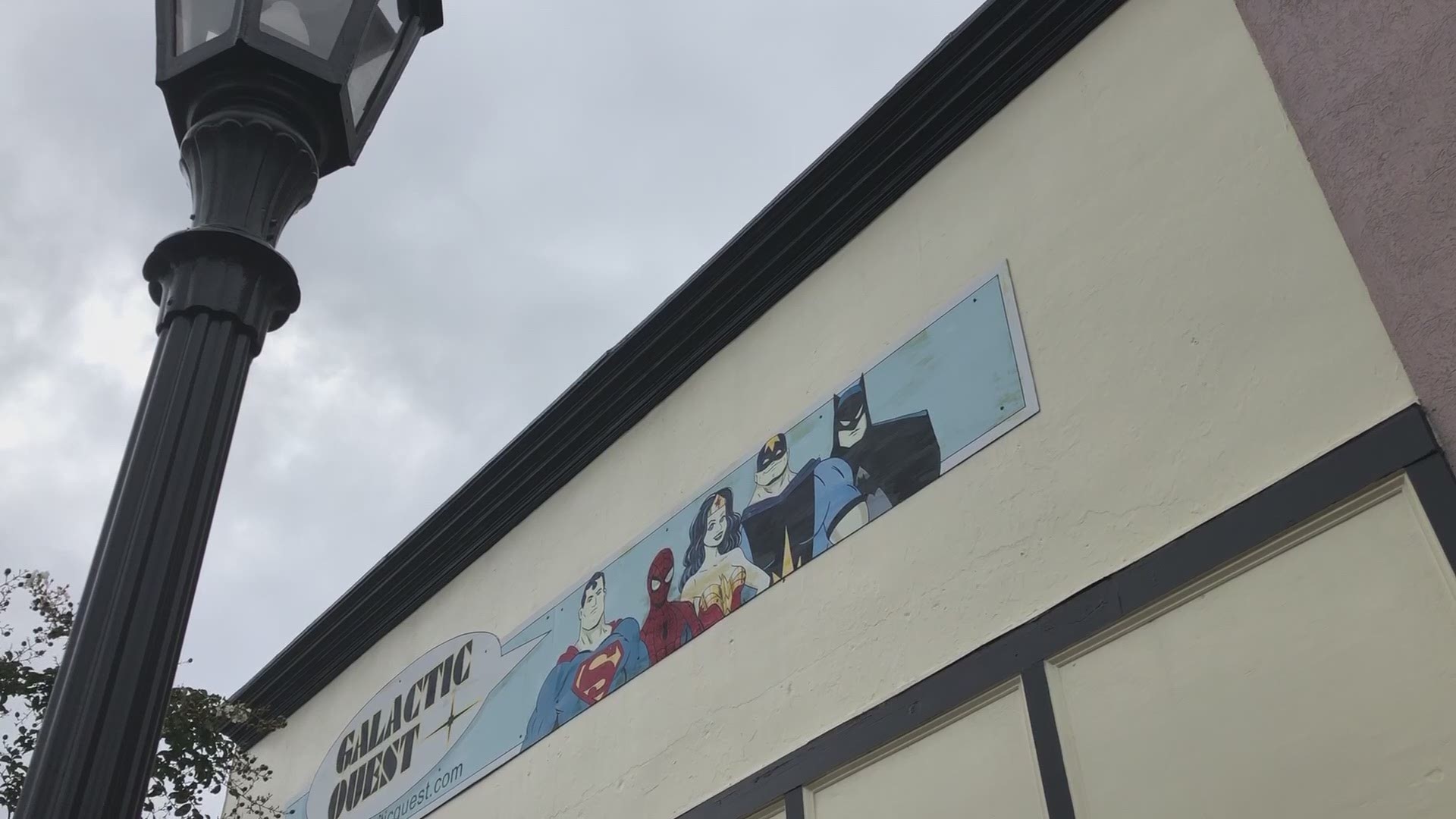 LAWRENCEVILLE, Ga. — Despite the year that has been 2020, a local comic retailer has discovered a unifying agenda in the buying trends of his clientele.

In fact, Galactic Quest owner and operator Kyle Puttkamer told My Lawrenceville News that he’s noticed that his customers have been a quest for peace — of mind.

“This entire industry is driven by escapism,” said Puttkammer. “The movie theaters and the big-screen movies are starting to come out, but people missed them, and the comic books were definitely a way for people to enjoy those stories.”

With the specter of COVID-19 looming large over the majority of this year, particularly the summer months, many public events like ComicCon in San Diego and Dragon-Con, right here in Atlanta, have been canceled or forced to convert to virtual events.

This year’s Dragon-Con, the pop culture, sci-fi, and fantasy convention which was scheduled for this weekend will not be held publicly for the first time in its 34 years history.

The internationally-renowned event was anticipated to attract a projected 90,000 people to the downtown Atlanta area. The convention instead opted for a virtual event.

Himself a comic book creator, Puttkamer’s latest title, Hero Cats of Stellar City, which has been growing its fan base since publishing in 2015, definitely notices the absence of this year’s conventions.

Free Comic Book Day, which is held annually on the first Saturday in May, has brought in ever-increasing crowds into comic book stores since its inception in 2002 was converted into Free Comic Book Summer from July 15 through September 9.

After almost 30 years in the comic book retail business, Puttkamer told My Lawrenceville News that he’s not surprised by the resilience of the comic book.

Citing the late 90s when industry juggernaut, Marvel Comics, had to file for bankruptcy and recalling that during times when the access to those characters and stories became more limited, fans return to the source material to enjoy and reconnect with them.

“I've seen a lot of ups and downs. Back in the late ’90s, Marvel was going bankrupt and right now, there are a number of comic shops that closed,” Puttkamer said.

In fact, both Galactic Quest locations, Buford and downtown Lawrenceville have set up curbside pick-up for customers who may still be unwilling or unable to enter the brick-and-mortar store.

To learn more updates about both Galactic Quest store locations, visit their website and for information about the Dragon-Con Virtual Event and Free Comic Book Day, click here.