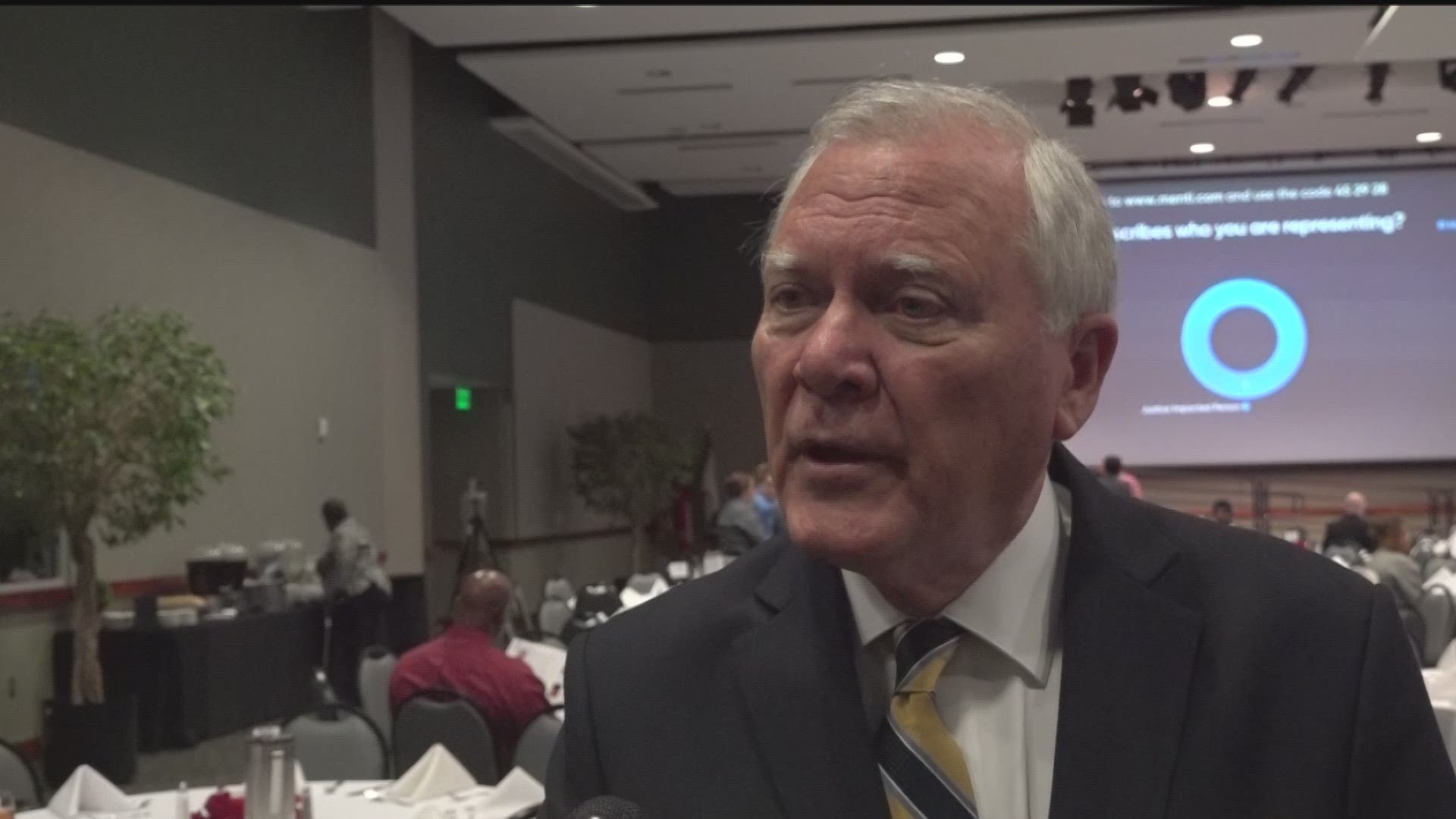 The Greater Gwinnett Reentry Alliance hosted a luncheon Friday at Georgia Gwinnett College where lawmakers and leaders across Gwinnett County joined to discuss prison and criminal justice reform across the state of Georgia.

Ellis was convicted in 2015 after a jury found him guilty of one count of criminal attempt to commit theft by extortion and three counts of perjury. A previous trial ended in a hung jury.

Ellis appealed his conviction all the way to the Georgia Supreme Court, which ruled that although evidence was sufficient to convict Ellis, technical errors forced the court to reverse any criminal convictions against him.

“We have a crisis and it’s a crisis that disproportionately targets people of color,” he added.

A non-profit group, the Prison Policy Initiative, reports that “Georgia is punitive from any angle, as the only state that is both a top jailer and leader in probation.” This study was published in 2018.

Former Georgia Governor Nathan Deal was also in attendance. He was the recipient of the inaugural Gov. Nathan Deal Second Chance Award.

The Greater Gwinnett Entry Alliance said this award is in honor of Deal’s improvements to Georgia’s prison system while in office.

“This award is not to recognize me as a much as it is to recognize the importance of what these programs mean in the lives of Georgia’s citizens,” Deal said.

The Greater Gwinnett Re-Entry Alliance announced Friday that they will continue to host events such as record restriction summits and programming to assist those re-entering society after incarceration.