"It was too much blood," the victim's sister said. 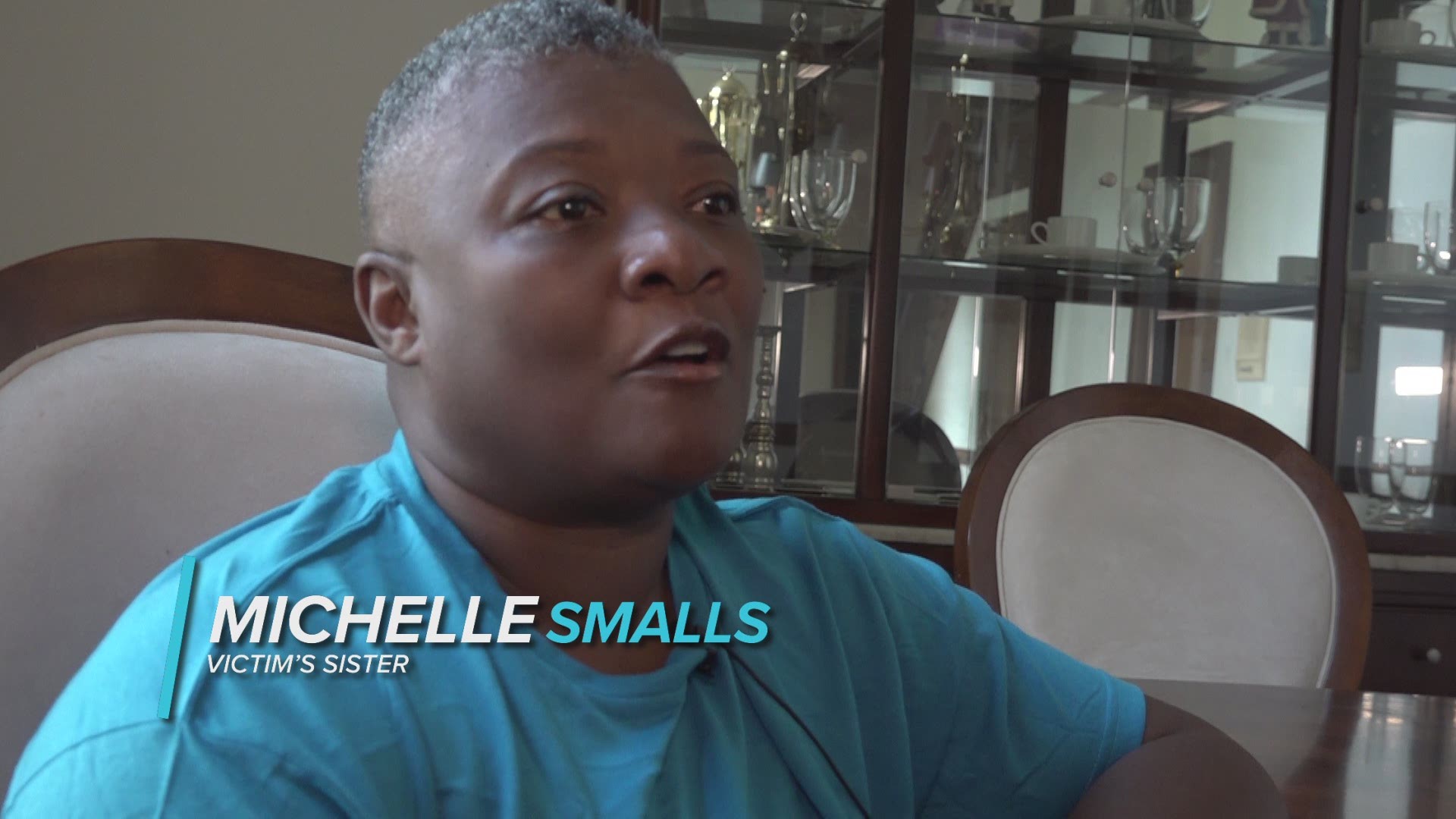 LAWRENCEVILLE, Ga. — What started out as a wellness check at a Lawrenceville home is now a homicide investigation.

When Michelle Smalls had not heard from her brother, Ray Neal, she went to his home to check on him. She found him dead, lying in a pool of his blood.

On Saturday, July 20, officers were called to the Lexington Drive home. Neal was found dead in one of the bedrooms, according to police.

Smalls claims there was negligence concerning the scene investigation.

"It was too much blood," she said.

The Gwinnett County Medical Examiner's Office did respond to the scene that day. The police report lists Shannon Byers as the medical examiner investigator who responded.

According to a statement from the Medical Examiner's Office,"the investigator conducted a scene investigation and given information Mr. Neal had medical conditions which caused the investigator to minimize exposure to pathogens that were potentially present at the scene. In doing so, the investigator did not see injuries to Mr. Neal."

Neal had a history of high blood pressure, liver problems and Hepatitis C, according to the police report.

However, when Smalls said saw her brother lying in his own blood, she knew something was not right.

She is claiming that the medical examiner investigator was negligent in her investigation.

"They called the medical examiner out and ruled it a natural death and we were like 'that's a lot of blood,'" she said.

Smalls said she took the investigator for her word. However, when the funeral home arrived to transport her brother's body, things changed.

"When the funeral home director got there, he asked us to leave out so we wouldn't see what was about to happen. When he came back out, he went to the police car and reported there was a hole in his [Neal's] throat."

After this discovery, the scene was secured again, according to police.

Smalls claimed that the investigator said her brother died from natural causes, even after the funeral home director noticed the holes in his neck.

Smalls told 11Alive that once her brother was taken to the funeral home, the gentleman that picked him up, who is a coroner in another county, called Gwinnett County's chief medical examiner and told him that something was not right.

"The medical examiner from Gwinnett County went to the funeral home, looked, took pictures, and called me," she said.

"He was very apologetic."

Smalls said that the Medical Examiner's Office has been very diligent in conducting this investigation since this mistake.

"They have been excellent. They've been out to my brother's house three times with a crime unit," she said.

Even with these developments in the case, Smalls would like to see the medical examiner investigator who said Neal died from natural causes to be dismissed.

"She shouldn't have a job. I'm going after her job," she said.

Smalls would also like to see the people who killed her brother to be brought to justice.

"We may never know who did this, but at the end of the day God is omnipotent -- sees all, hears all, knows all and you can't escape that justice," she said.

There are currently no suspects in the homicide investigation.