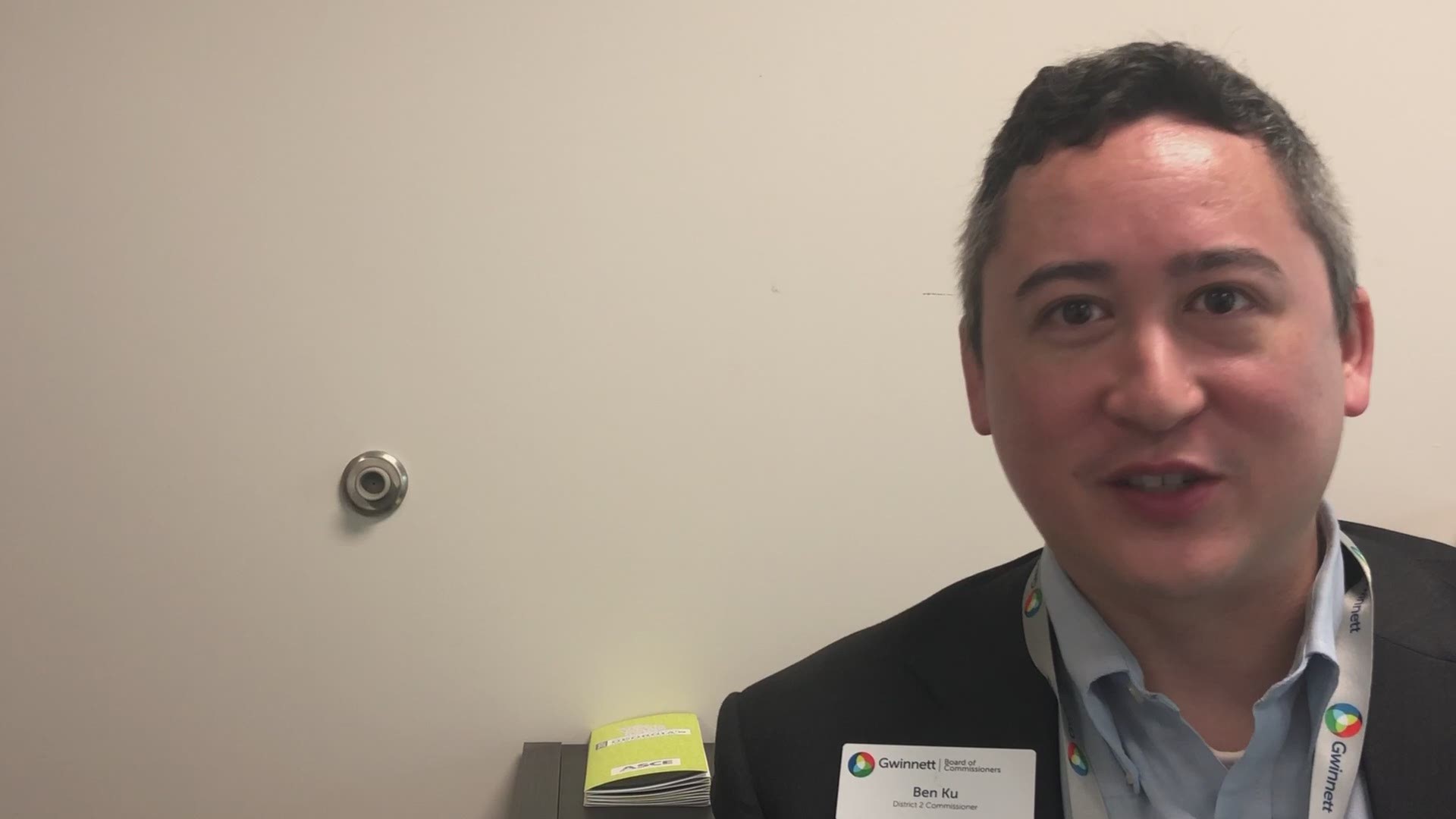 The Gwinnett County Board of Commissioners issued a proclamation at their bi-weekly meeting that recognizes June 2019 as Pride month in the county.

“It is imperative that every member of our community regardless of sexual orientation or gender identity feels valued, safe, empowered and supported by their educators and community leaders,” Gwinnett County Board of Commissioners Chairman Charlotte J. Nash said.

This was a momentous occasion for District 2 Gwinnett County Commissioner Ben Ku who was elected in 2018. He is also the county’s first openly gay commissioner.

“It means a lot. I’ve already had lots of people reach out to me just in the last 12 hours,” Ku said.

“Gwinnett has been around for 200 years and we’ve never done a gay pride proclamation. We have a large LGBTQ population and its never been requested before because we’ve never had anyone to request it,” Ku said.

Frank Gorritz is a therapist and specializes in LGBTQ clients. He says that Tuesday’s proclamation and Ku’s election has great social impact.

“The fact that Ben is able to hold this position can be really inspiring for other folks of color who are also LGBTQ+. It’s inspiring for us because it shows us that we have ability to show up and do some social justice work in our community,” Gorritz said.

Ku is looking forward to Gwinnett having a larger LGBTQ representation in the state. He hopes to eventually have the county participate in the Atlanta Pride Parade.