Carla Johnson, Antwan Toney's sister, shared her brother's final wishes to protect his family and stories about her "number one supporter." 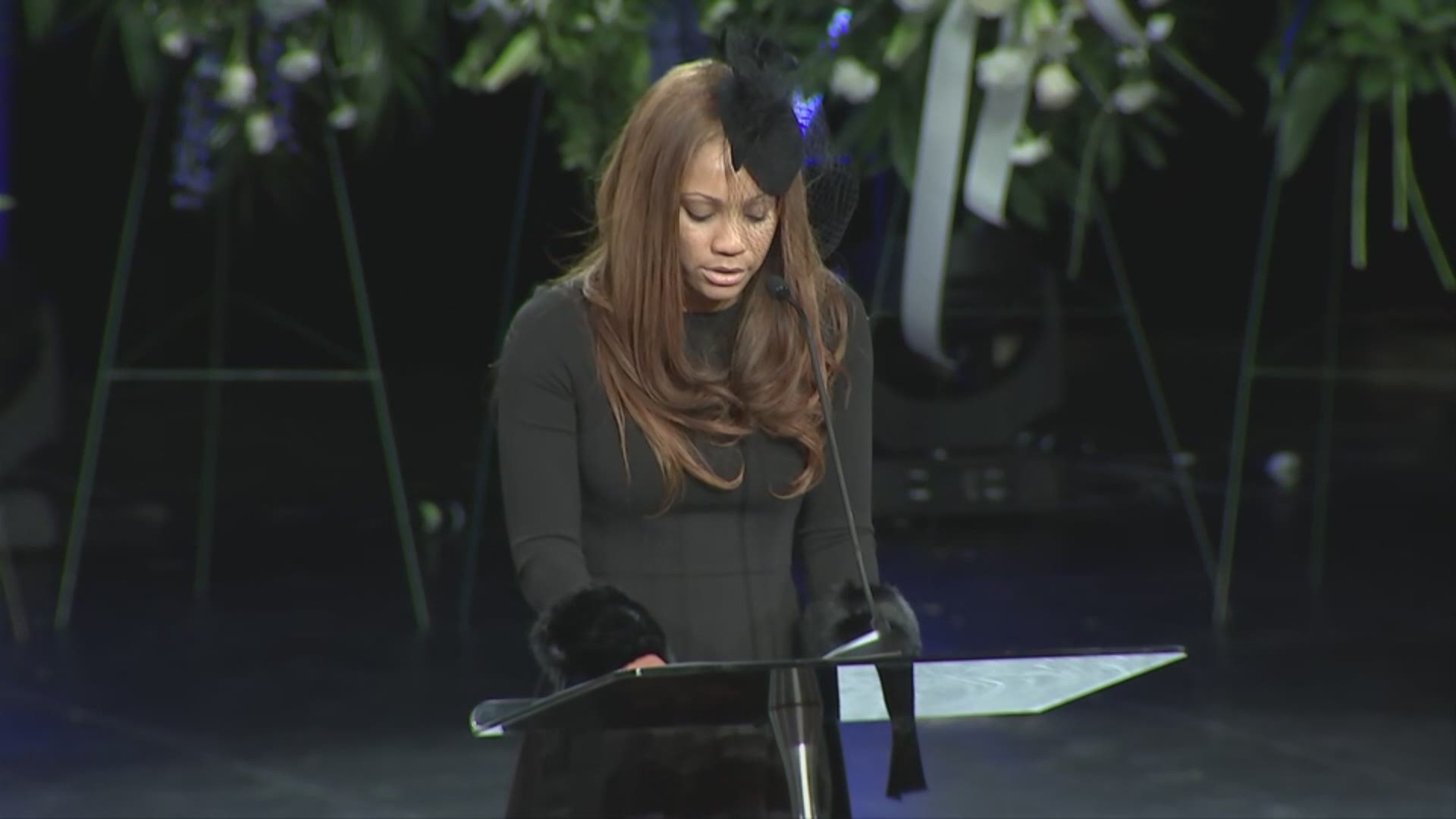 At his funeral, his sister Carla Johnson spoke about their love and bond between a big sister and her little brother.

“Antwan lived a life more full than most and he lived every day like his last,” said Johnson. "Two weeks before, he celebrated his 30th birthday in pure Antwan fashion – big, and bold. It was Vegas.”

Johnson and her baby brother “Twan” were, “like Lincoln on a penny – stuck together and brown,” she said to laughs from those gathered at the funeral. They were Bible study partners and enjoyed traveling together, she said.

“He was also my very own 24-7 standup comedian,” Johnson said, with so many inside jokes that “tears would fall.”

She said the video released of Toney playing basketball with local children was a wonderful indicator of who he was.

“Children could never get enough of my brother ... all of the children he interacted with knew he was one of the good guys,” Johnson said. “Antwan taught our family what it meant to live, be tenacious."

On behalf of his family, Johnson thanked his friends and colleagues in Georgia.

“He wanted to make the world better and be part of the solution,” Johnson said.

MORE: Officer Toney 'shined a light on all of us' | Eulogy honors fallen officer

As the youngest sibling in a big family, Toney was always the peace-maker in the family, Johnson said. She said his family was “paramount” to him.

“His wisdom made him the mediator and he always tried to bridge the gap between us,” Johnson said.

“As an officer, he worked to bridge gaps in the communities. He was doing his life’s work and his sole purpose was to shine positivity with everyone he interacted with. I’m beyond proud of you, baby bro.”

She said Toney knew the dangers of his chosen profession and said that he told his sister what he wanted to happen, if he were ever killed in the line of duty. She held back tears as she read off the names of their family members he asked her to watch over – especially their mother.

“Thank you for bringing the young man to justice and accepting my brother as part of your family,” Johnson said. “Thank you for taking care of him while he was away from home.”

Johnson also took time to thank the Gwinnett County Police community. We sincerely thank you and know that you cared for Antwan, and he truly cared for all of you.”