Officials said the house was a total loss. 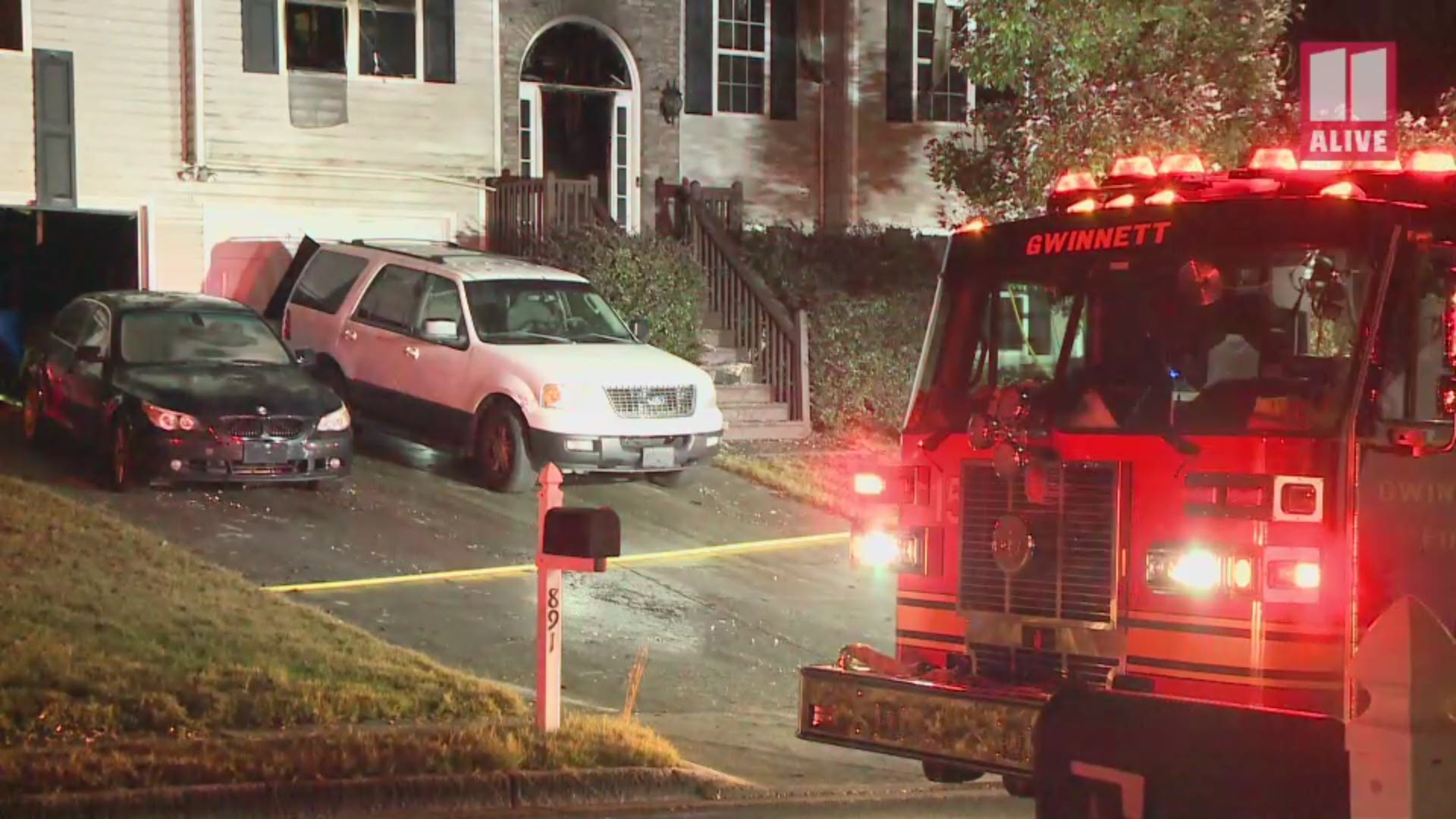 GWINNETT COUNTY, Ga. — Late Friday night, eight people were forced to flee from a home in unincorporated Lawrenceville, according to Gwinnett Fire officials.

Firefighters initially responded to a 911 call from a two-story home in the 800 block of Cruiser Run, S.E., in unincorporated Lawrenceville.

According to Gwinnett Fire Lt. Justin Wilson, the homeowner told the fire dispatcher that the basement was on fire and that everyone was able to get out safely.

Wilson said that when firefighters arrived, shortly after 11 p.m., they found heavy fire involvement from the rear of the home with smoke billowing from the front door and the eaves of the attic.

Fire attack hose lines were deployed to the rear of the building and through the front door to aggressively fight the fire, Wilson said. However, as firefighters made their way into the home and up the stairs, they found that conditions inside were deteriorating rapidly as flames began to break through the roof.

Since that was the case, he said, and with heavy fire on both floors of the home, firefighters made the decision to move everyone back outside and shift to a defensive mode. An aerial ladder was used to battle the fire from above.

Once crews were able to bring the fire under control, Wilson said, firefighters were able to get back inside on a limited basis, given the compromised floor structure of the home. He said they were able to work from various points around the home to knock out any remaining hot spots in the home.

According to Wilson, the home sustained extensive damage and is considered a total loss. He said a family member on the first floor was awakened by heat and the smell of smoke, and alerted everyone. Smoke alarms activated as everyone was leaving the house.

The American Red Cross said they were providing temporary assistance to the family.

No injuries were reported, Wilson said.

A fire investigator was requested to respond to determine the origin and cause of the blaze. Wilson said it was determined that the fire originated on the first floor in the left-rear corner of the home, adjacent to the garage.

The exact cause of the blaze remains under investigation.