For the 13th year, people come from all over to vote on their favorite tree at the Aurora Theatre with a non-perishable food item or an unwrapped toy. 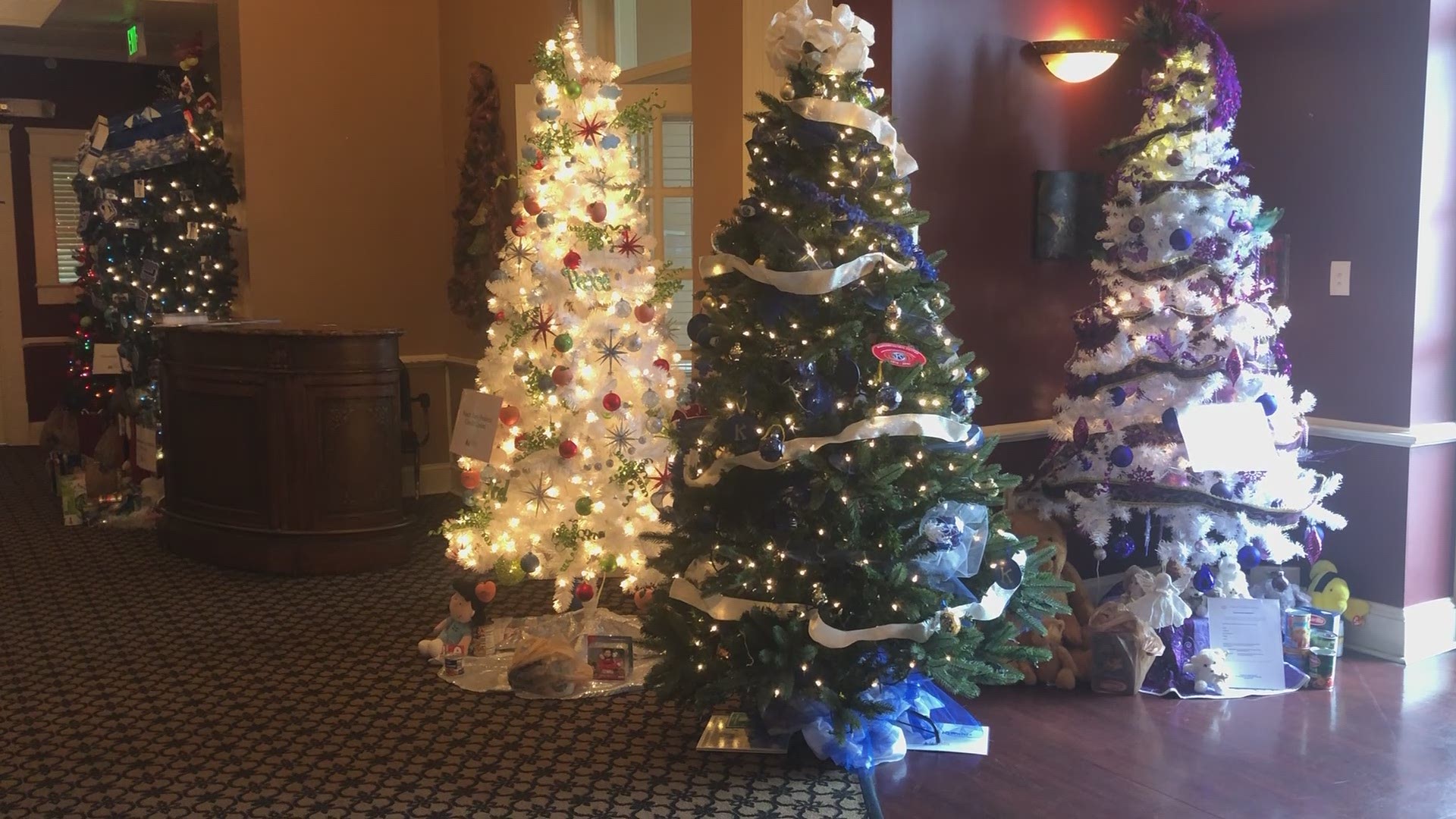 LAWRENCEVILLE, Ga. — The holiday season is considered to be a time to give back to the community.

Lawrenceville’s popular Aurora Theatre is stepping up to answer that call during the “season of giving.”

“What makes this Festival of Trees special is that instead of just being decorations, these trees are voted on by members of the Aurora Theatre by placing a new, unwrapped toy for Toys for Tots or a non-perishable food item,” Director of Sales and Marketing Al Stilo said.

The tree with the most donations underneath wins bragging rights and will be named “best of the fest.”

Local businesses and non-profits decorate these trees thematically, representing their organization’s flavor and flare. For example, in the lobby of the Aurora stands a superhero-themed Christmas tree from the popular Gwinnett County comic book store Galactic Quest.

“The Festival of Trees is an excellent opportunity to give back,” Galactic Quest owner Kyle Puttkamer said.

Puttkamer said that his local business purchased more than 600 cans to donate to the local food bank.

“We want everyone to have a wonderful holiday season with full tables and trees with plenty of presents,” he added.

The Aurora Theatre’s Al Stilo told 11Alive that the Festival of Trees is a great opportunity to teach young children the importance of philanthropy.

“It’s much nicer to make your donation under a tree than in a box. People come from all over to donate,” he said.

Stilo also added that the Aurora Theatre plans to donate a ton of food and toys for 2,000 children this holiday season.

The Festival of Trees will run through Dec. 23.

Festival of Trees, the giving trees