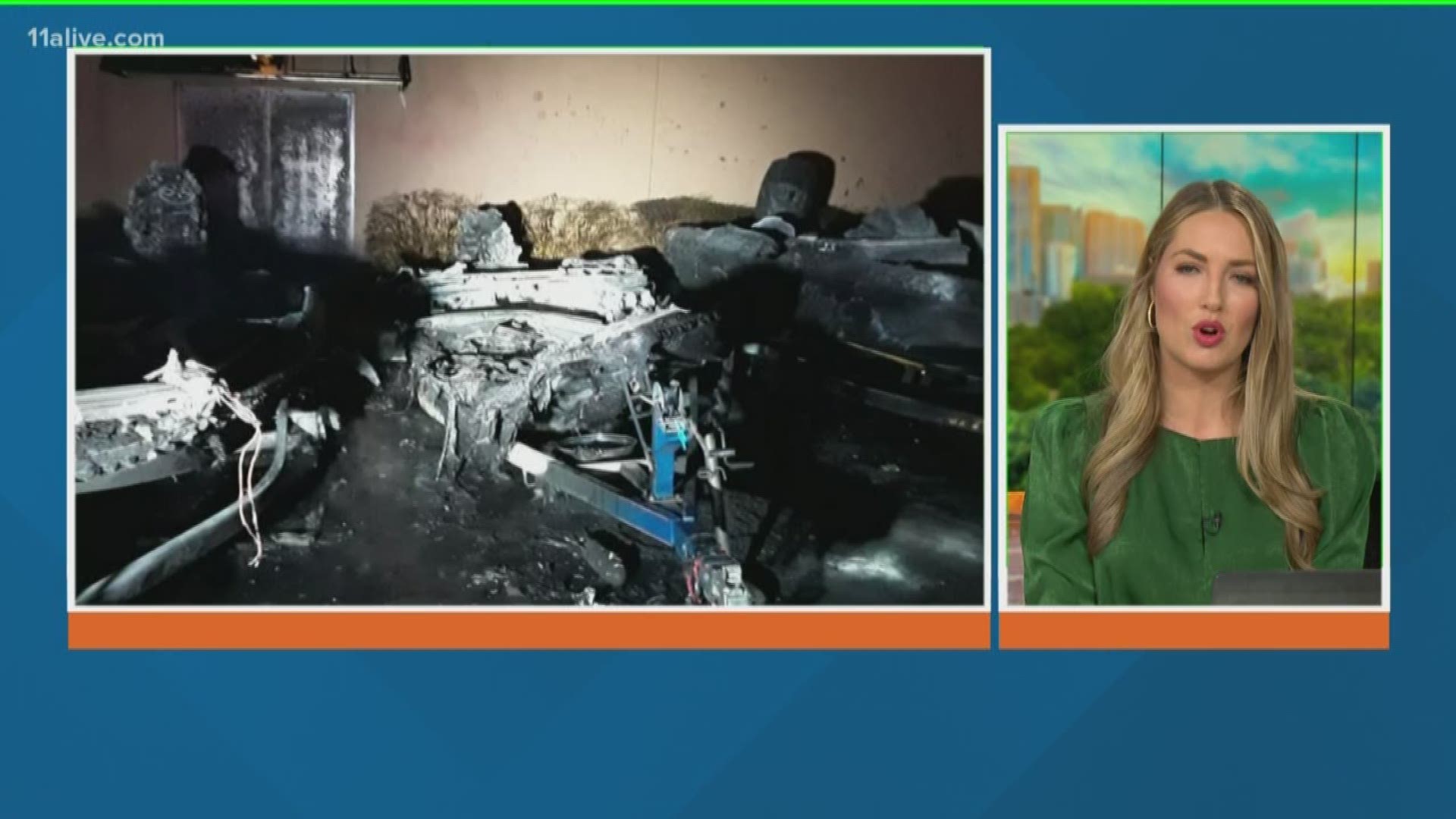 LAWRENCEVILLE, Ga. — Several fishing boats were damaged after a fire at a Bass Pro Shop at Sugarloaf Mills Mall.

Authorities said it happened on Thursday shortly after 10 p.m. off Sugarloaf Parkway on the I-85 side of the building.

According to the press release, someone called 911 and reported two boats on fire against the building. When crews arrived, they saw several boats on fire in the parking lot. Fire crews "aggressively" worked to put the fire out and checked the extension into the mall.

The mall was temporarily evacuated while crews assessed the damage and gave the all-clear. Authorities later found the fire was contained to a parking lot that is used for storage and did not expand into the mall.

The department’s Hazmat team did not find any significant runoff in a nearby storm drain.