Former SWAT officer barricades himself in his home, makes terroristic threats according to police

The Lawrenceville man was transported to the Gwinnett County Detention Center. 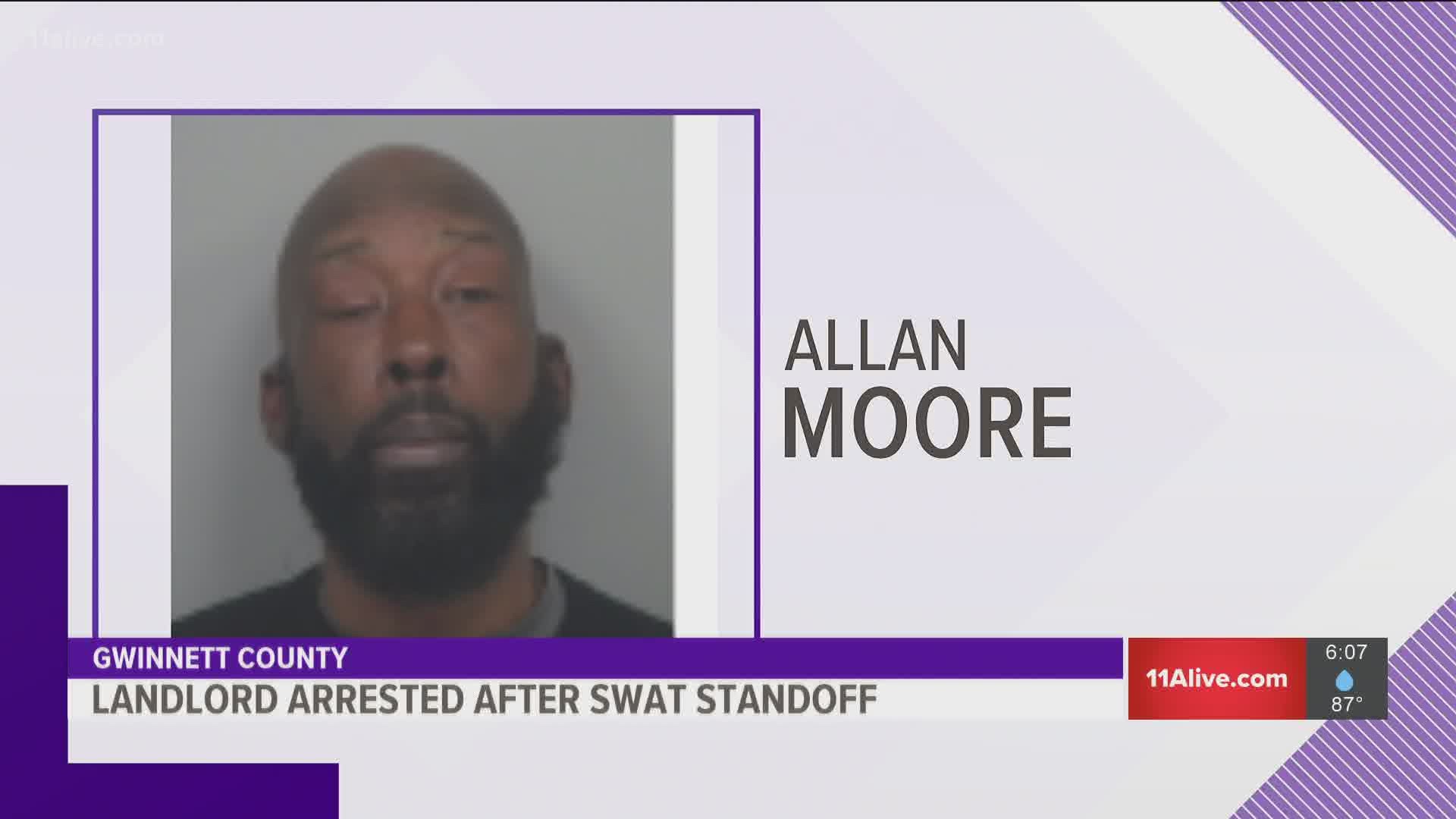 LAWRENCEVILLE, Ga. — Over the weekend, officers were called out to a landlord-tenant dispute in Lawrenceville on Saturday.

According to the Gwinnett County Police Department, officers were dispatched to a home on the 1600 block of Ivey Point Court just after 8:30 pm on August 1. When officers arrived on scene, a tenant was injured and the landlord, who also lives at this address, had barricaded himself in the house.

Police say the landlord, 64-year-old Allan Moore, had retired after 30 years with the New York Department of Corrections SWAT Team at Rikers Island and had had previously been diagnosed as schizophrenic and bi-polar.

Given Moore’s background and mental condition, the Gwinnett County SWAT Team was activated at 10:00 pm.  Negotiators worked throughout the night and Moore surrendered Sunday morning around 7 am.

Moore was transported to the Gwinnett County Detention Center and charged with Battery, Obstruction of Justice, and Terroristic threats.