The virtual ceremony included the traditional appearance of the Gwinnett County Honor Guard and three-volley salute and Taps. 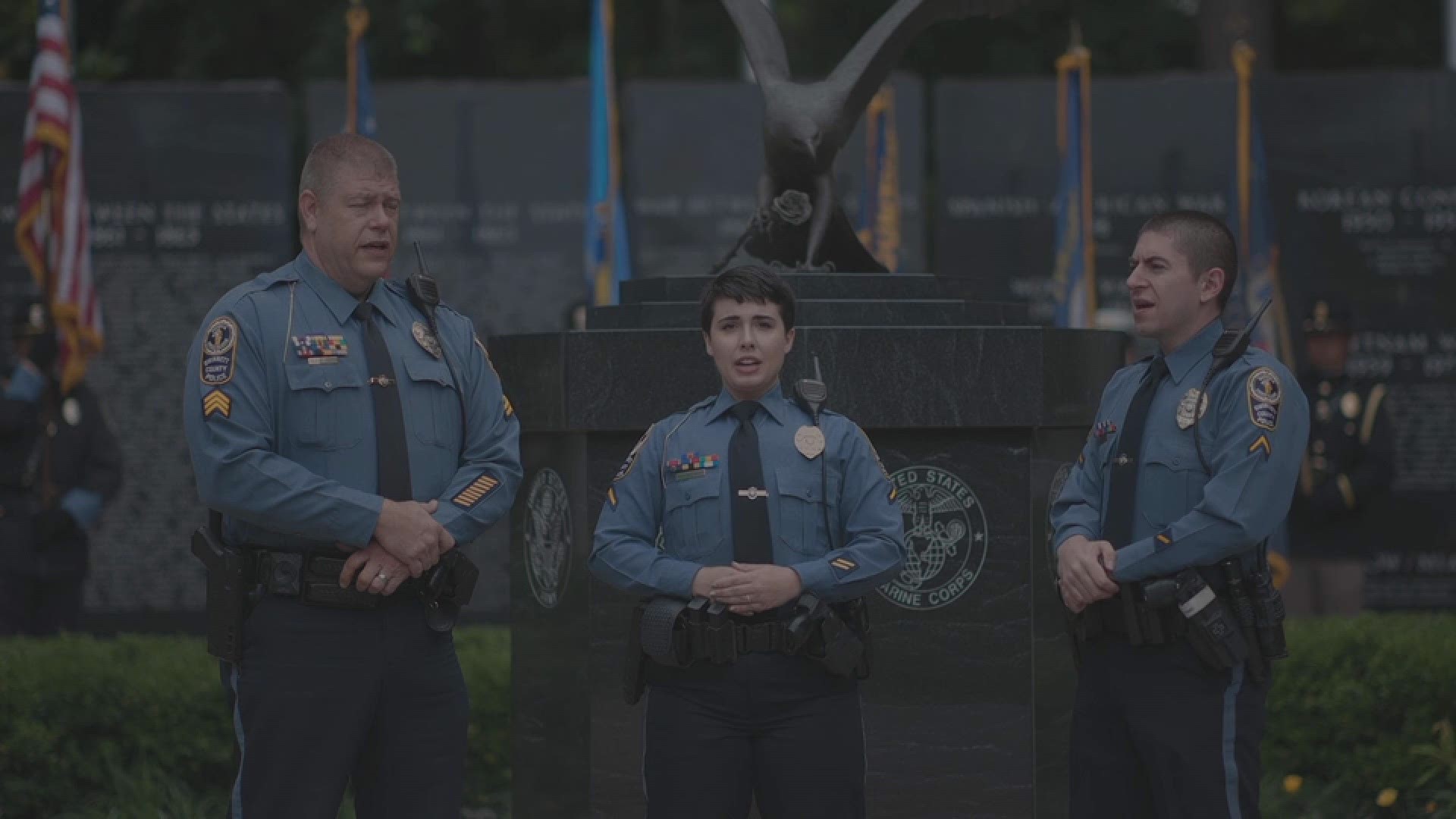 For the first time ever, the ceremony was televised on TV Gwinnett, the county’s local government access cable channel and was available for viewing on our county social media accounts.

The ceremony was held in front of the Fallen Heroes Memorial located on the grounds of the Gwinnett Justice and Administration Center in Lawrenceville.

Ron and Caroline Buice of the Fallen Heroes Committee delivered video remarks detailing the process of building the memorial. The Buford residents, who lost three friends in Vietnam, conceived the memorial and formed a non-profit organization to build it in 1993. Ten years later, in 2003, it was built with funds from private donations and Gwinnett County government.

The featured keynote speaker was Retired Marine Col. Parker Miller, a Vietnam veteran. Miller earned his flight wings and was assigned to an attack helicopter squadron that participated in multiple, shipboard deployments in the Mediterranean, Caribbean and North seas. Miller now serves as senior vice president of Curtiss-Wright, reporting directly to the CEO.

Ways to observe Memorial Day with virtual events around Atlanta