Inmates come to deputy's aid after he collapsed on the job

The deputy survived the incident and is currently recovering at home until he can return to duty. 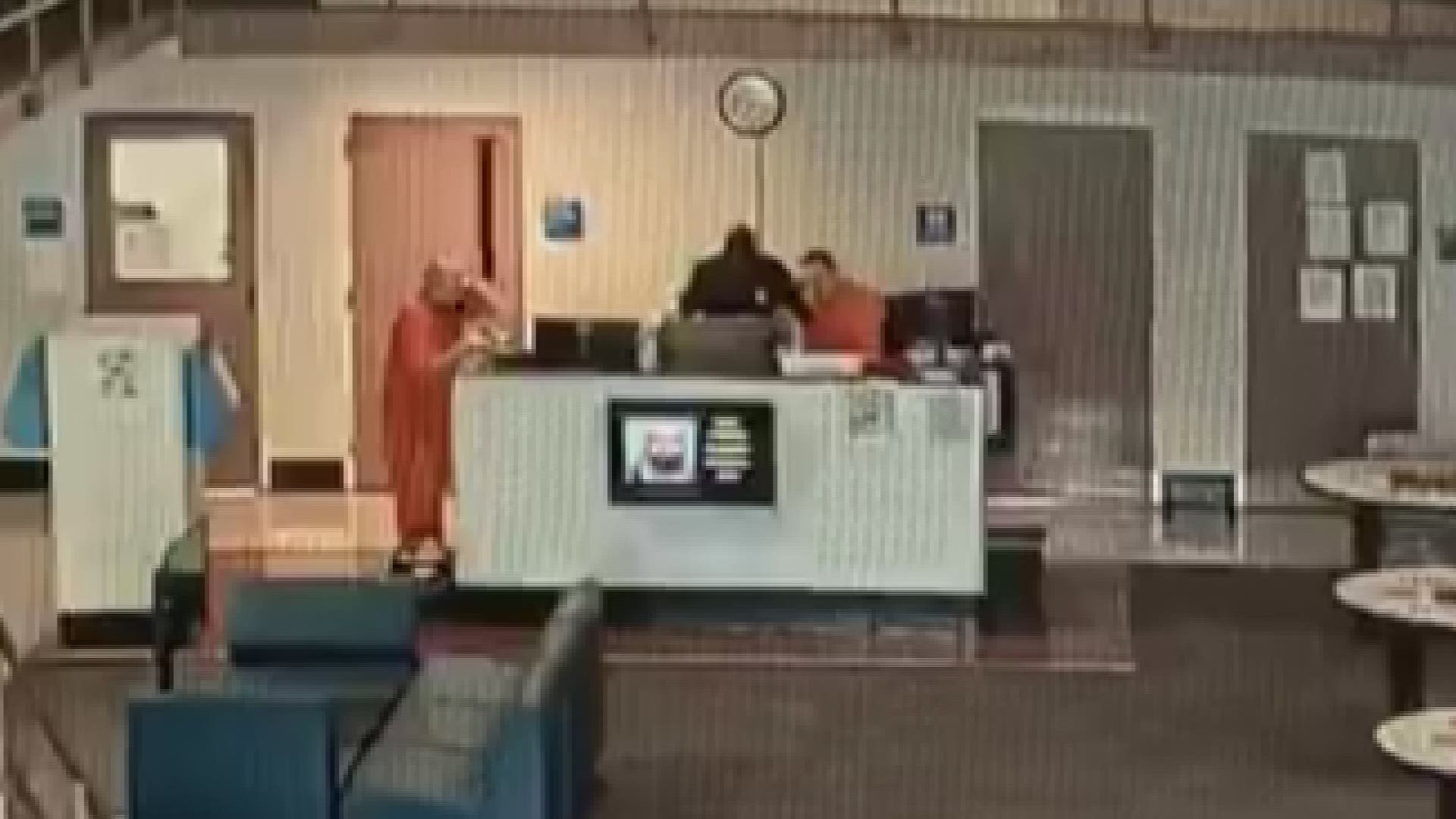 GWINNETT COUNTY, Ga. — The Gwinnett County Sheriff's Office is publicly thanking three inmates who they said came to the aid of a deputy who lost consciousness.

According to the sheriff's office, the Deputy Warren Hobbs was conducting rounds in the jail house unit, when inmates noticed that he "was not looking well." As the Deputy Hobbs got back to his desk, he lost consciousness and fell on the floor "splitting his head open."

Deputy Shannon Volkodav with the sheriff's office said when inmate Mitchell Smalls saw Deputy Hobbs collapse, he began banging on his cell door alerting the rest of the 60 inmates to also make noise.

"The inmates were calling his name and banging their cell windows to wake him up because they told me they thought he might die," explained Deputy Vollkodav. "When he fell and hit his head, they could see blood coming from him."

According to Volkodav, the noise was enough to wake Deputy Hobbs up long enough for him press a control panel to open cell doors of Terry Lovelace and Walter Whitehead's room. That's when the pair rushed to the deputy's side as he went unconscious again.

Deputy Hobbs told Volkodav that the only thing he remembers is a noise that sounded like drums and people shouting his name over and over again.

"He said he doesn't remember passing out, but that when he heard the loud noise -- he thought an inmate was in distress," added Volkodav.

Whitehead picked up the phone and Lovelace used the deputy’s radio to call for help. You can hear on the radio transmission, Lovelace saying something that included "officer needs help".

Deputy Hobbs suffered a from a cardiac condition, according to the sheriff's office. He is is currently recovering at home until he can return to duty.

The Gwinnett County Sheriff's Office recognized the trio on their Facebook page stating, "These inmates came to his aid because our deputy, like most law enforcement officers, treats people with the dignity they deserve."

"These inmates had no obligation whatsoever to render aid to a bleeding, vulnerable deputy, but they didn't hesitate," it said.

Deputy Volkodav said that the heroes told her they knew they had to help, because of the help and aid they receive from the jail staff everyday.