"The Barracks" was unveiled Tuesday and provides additional support services for veterans such as behavioral therapy. 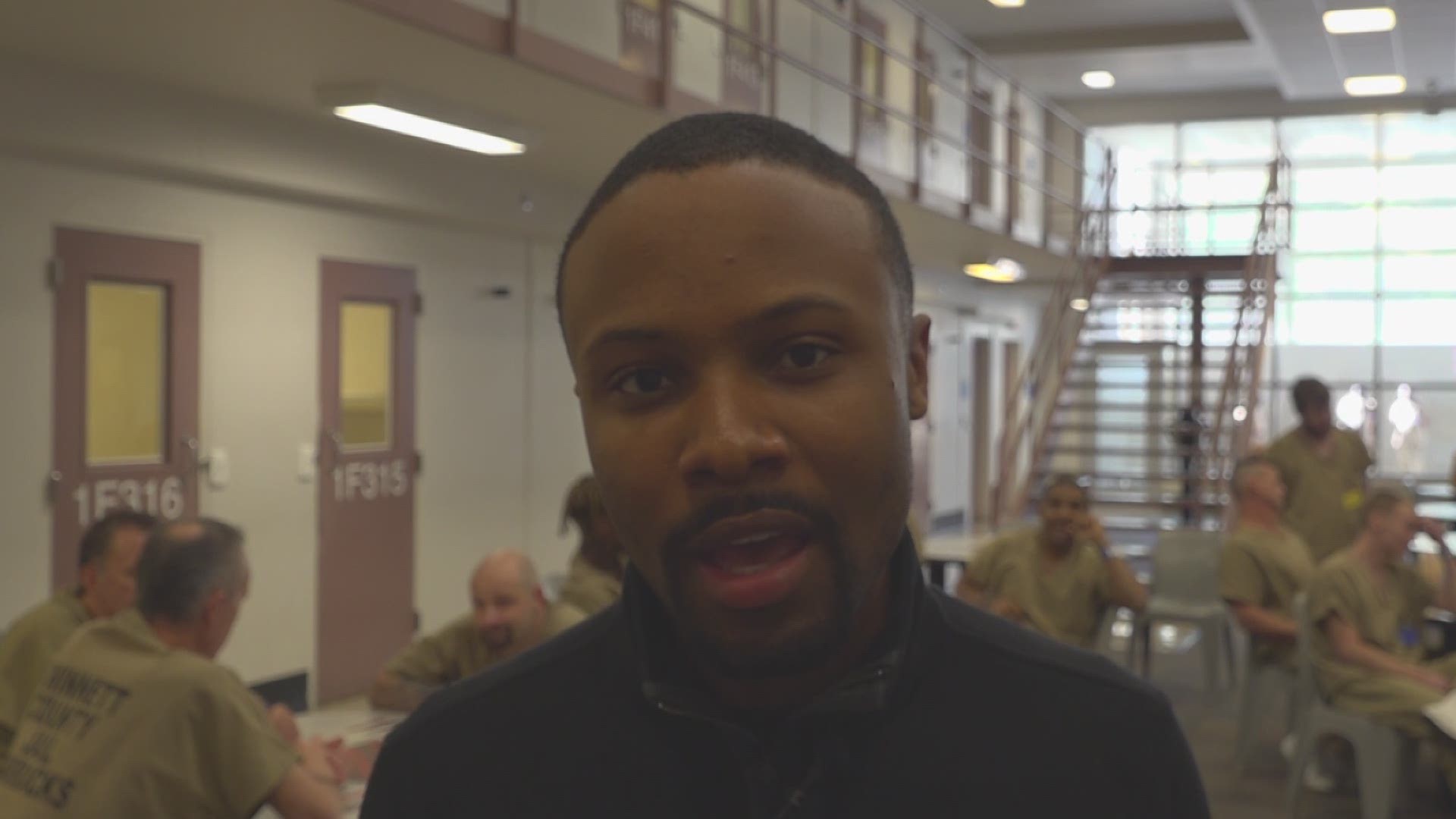 The Sheriff’s Office announced Tuesday that they launched a new housing unit called “The Barracks” to provide extra support to those who served our nation and are in the Gwinnett County Jail system.

The Barracks welcomes veteran inmates from all walks of life-- both violent and non-violent offenders.

“These inmates have, at some point in their life, made a choice to serve our nation and out of appreciation and our respect for their service, we wanted to provide additional services to them,” Deputy Shannon Volkodav said.

“We want to serve those who served us,” she added.

The Barracks is a 70-bed unit that is focused on providing incarcerated veterans with classes to address the trauma associated with military service, drug abuse, and behavioral therapy.

The Department of Veterans Affairs reports that more than half of “justice-involved” veterans have either mental health problems including PTSD, depression, or high anxiety.

“I have really bad depression, and I feel lonely,” Antoine said.

“This program is really beneficial, and they treat us like humans instead of a person that’s done wrong. Sometimes, I look in my mirror and think this is too good to be true.”

Douglas Lee joined the Army when he was 22 and said that he was honorably discharged for anxiety, depression, and PTSD.

“Being here is a lot more relaxing. You don’t feel like a criminal or someone who made a mistake. I think they’re giving us some great tools so that way we can make a positive impact on the community when we get out,” he said.

The Gwinnett County Sheriff’s Department said that the veterans in The Barracks will maintain a regimented schedule which includes military-style physical fitness training.

Deputy Shannon Volkodav also told 11Alive that the Gwinnett County Jail is the only metro-Atlanta jail with a housing unit specifically for veterans.

8-year-old has raised more than $50,000 in care packages for homeless veterans