The photograph shows a student posing with Dr. Martin Luther King Jr., while holding a notebook with a document that reads "Official N-word Pass." 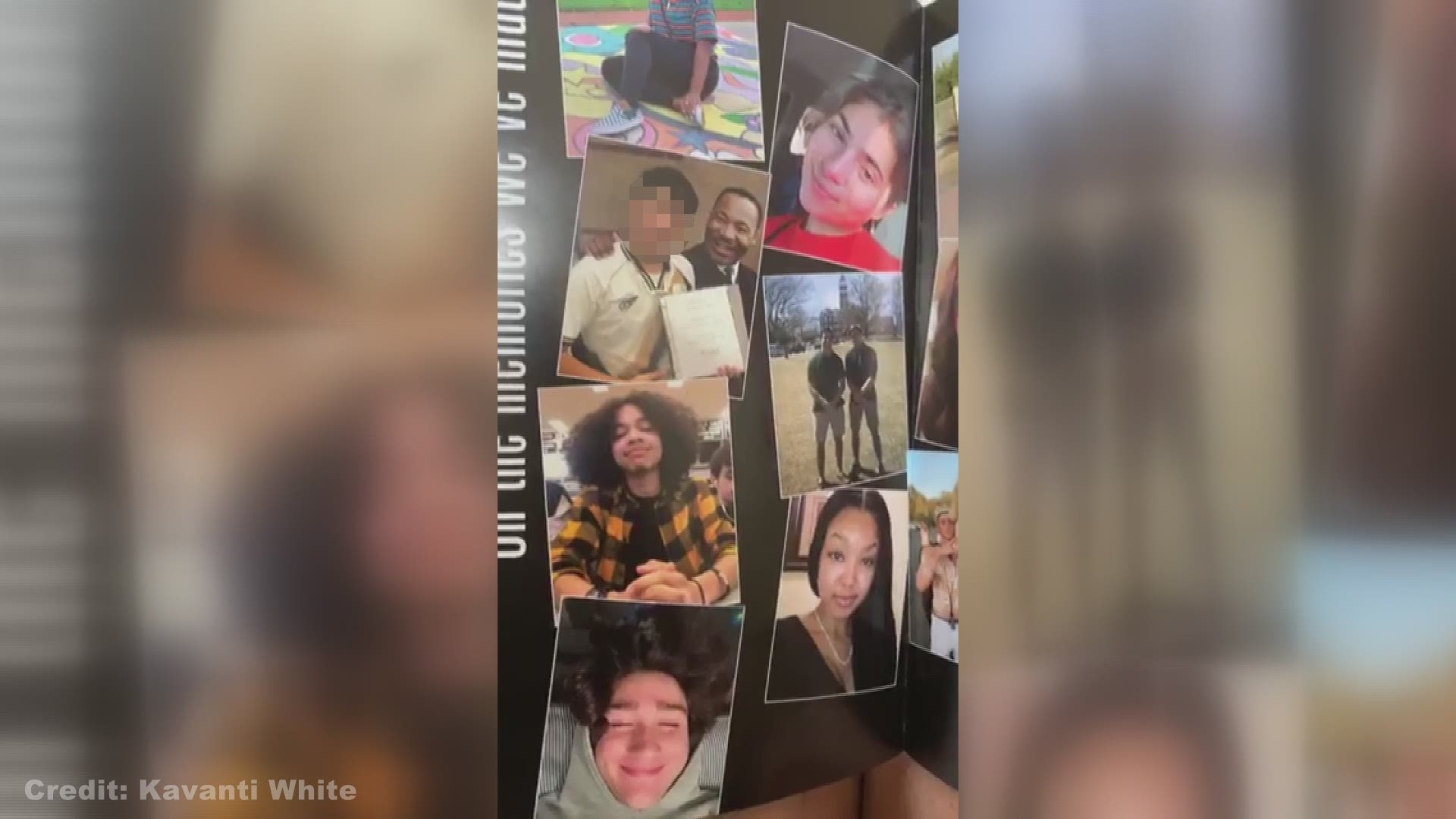 LAWRENCEVILLE, Ga. — A Gwinnett County principal said Wednesday that she is investigating how a racist photograph ended up in the 2020 yearbook that was distributed to students this week.

The photograph shows a student posing with Dr. Martin Luther King Jr., while holding a notebook with a document that reads "Official N-word Pass."

"This is unacceptable and we are currently investigating to determine who submitted this photo and how our processes did not address this before it went to print," Collins Hill High School principal Kerensa Wing wrote in a letter to parents.

She called the photo "inappropriate and racist" and said that they "will take appropriate action with those involved."

11Alive is blurring the face of the student and not mentioning his name. It is not confirmed that the student pictured submitted the image or if it was done by another student.

Credit: Provided
This racist picture that appears in the 2020 Collins Hill High School yearbook has the principal investigating how it made it to print.

Kavanti White, whose daughter Aaliyah Williams was a senior at Collins Hill, said she was shocked when she saw the picture.

"I was in outrage. My daughter was crying," she told 11Alive.

She said she doesn't blame the principal, but the committee and teacher should take responsibility.

The principal told parents that some of the pages planned for the yearbook were not finished prior to the students moving to digital learning. Because of that, she said, the yearbook company replaced those pages with "senior selfies" that had been submitted.

On Thursday, the principal sent out a letter to parents saying that they would be printing new revised yearbooks, replacing the controversial photo, and recalling all 2020 yearbooks that had already been distributed.

High school staff will be on site collecting the recalled yearbooks on June 17th from 4-6pm and June 18th from 11am 1pm. Once the revised yearbook has been approved by the principal, it will be printed and copies are expected to be re-distributed the week of July 5th.

"Our investigation into how this occurred is still underway as I am continuing to meet and speak with students and their families,' Wing said. "In addition, I am addressing the staff members who oversaw this process and we are taking action to ensure this does not happen again."

Wing concluded the statement by saying that they are working to re-build trust.

"While we cannot change the past, we can continue our work to build a more inclusive school community that focuses on unity, acceptance, understanding, tolerance, and hope. That begins with stating our clear stance against racism and social injustice and our willingness to work with our parents and students to stamp out racism."

Lawrenceville My News' Brittany Kleinpeter contributed to this report.