'I no longer trusted anybody in this building': Gwinnett judge defends questionable computer use

Judge Kathryn Schrader is accused of computer crimes from her own chambers. 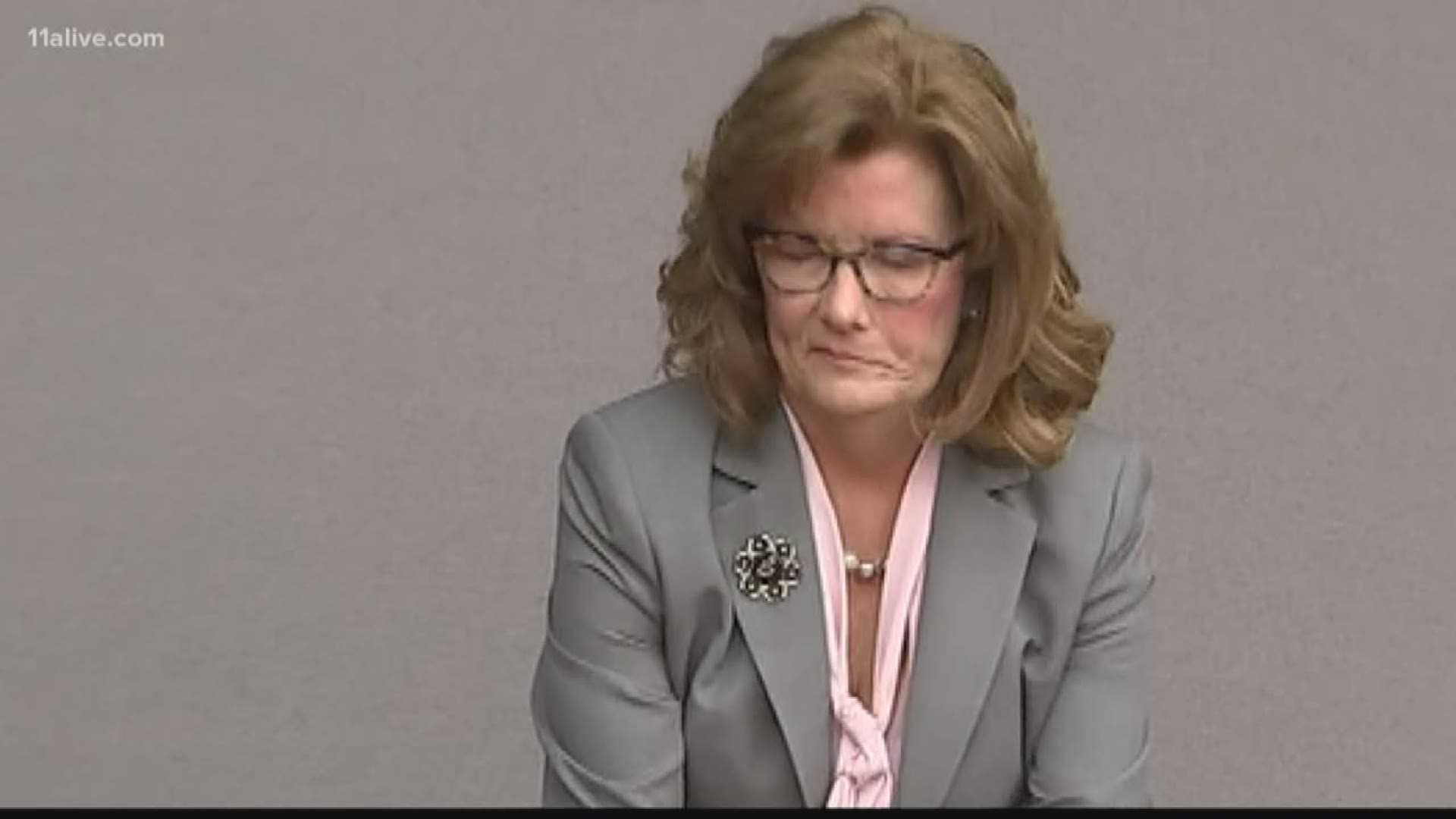 LAWRENCEVILLE, Ga. — One of the most unusual cases in recent memory is happening in Gwinnett County with the defendant - a county superior court judge - accused of committing computer crimes while insider her chambers.

But Judge Kathryn Schrader said she was actually trying to stop a crime.

It's a case that has rocked Gwinnett courts and the district attorney's office for more than a year. A judge was arrested and charged with felony crimes regarding her use of computers. Judge Schrader has since taken the stand in the face of a potential prison sentence of up to 45 years - if she's convicted.

RELATED: Courtroom intrigue: The Judge, the D.A. and the convicted child molester

Schrader admitted that, on her own, she hired a team of private investigators to install equipment on her work computer to access the county's secure server and find out if someone inside the courthouse had hacked into her account.

The judge had suspected that someone from District Attorney Danny Porter's office hacked into her computer for some reason - a claim Porter denied.

Schrader has been suspended from the bench pending the outcome of this trial. She told the jury she had no choice but to hire the private eyes and investigate what she believed was an illegal computer breach on her own.

"Since I wasn't getting any answers to any of these problems, I no longer trusted anybody in this building," she said. "I was the one that authorized all of this."

So, why not ask the Georgia Bureau of Investigation to look into the suspected computer hack? Schrader told the prosecutor that she was going to but was trying to gather solid proof first.

"In fact, you told Agent Loo that you'd have to face the consequences," the prosecutor said.

"I will absolutely," Schrader said. "And have been facing the consequences, sir."

The private-eye team struck a deal with prosecutors and testified against Schrader.

It all leaves the jury with an unusual task: to judge a judge.