Edawn Coughman is facing multiple charges stemming from a burglary call in which officers found racial slurs and pro-Trump slogans scrawled on the walls. 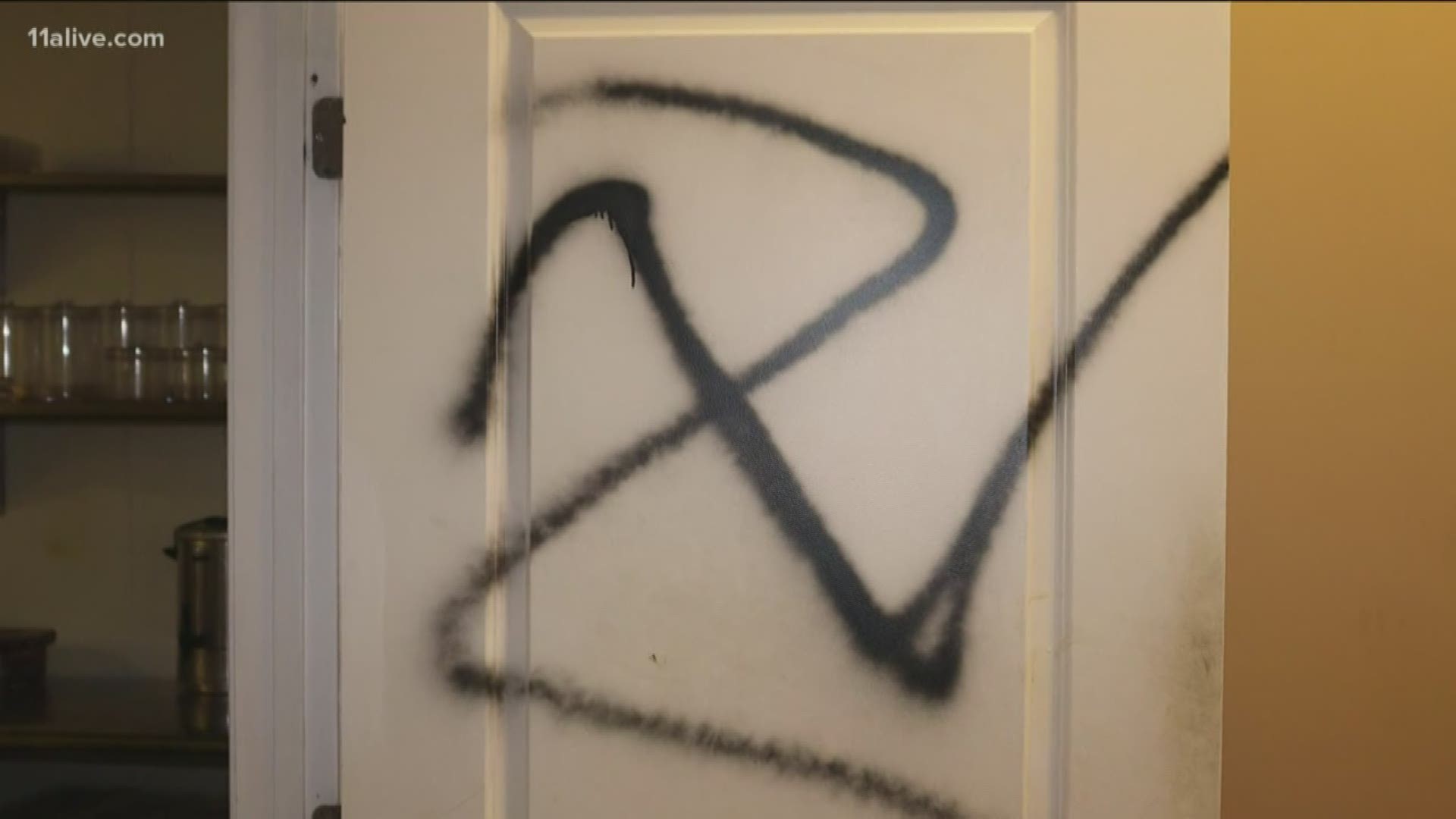 LAWRENCEVILLE, Ga. — A former pro football player is facing charges after allegedly staging a burglary and vandalizing his business, according to Gwinnett County Police.

Edawn Coughman, 31, was arrested September 12, 2019, and has been charged with filing a false police report and insurance fraud.

Gwinnett County Police was called to a burglary in progress at Create and Bake Restaurant and Coughman's Creamery on Duluth Highway in Lawrenceville at approximately 9:30 p.m. on September 11.

The caller said that someone was inside the restaurant damaging the business and the suspect's black Chevrolet Silverado with no license plate was parked outside.

As police arrived on scene, the Silverado was leaving the shopping center. Police caught up to the driver, who was found to be Coughman. Police say that the truck did not belong to Coughman and could have belonged to an acquaintance.

Coughman said that he was the owner of the business and the restaurant was vandalized earlier in the day. He had called his insurance company but had not called police.

Several televisions, still attached to their brackets and pieces of drywall, were found in the bed of the truck.

Other officers were checking the business and found the back door had yellow pry marks. Inside, the walls were spray-painted with racial slurs, swastikas and "MAGA." The spray paint was still wet.

Booths had been sliced open, mirrors were broken, wires were cut, and the surveillance system has been damaged.

After getting a search warrant, officers found black spray paint and a yellow crowbar in Coughman's truck.

Coughman was arrested and has been released on bond.

Coughman attended Tri-Cities High School in East Point and later Shaw University in North Carolina. He played 9 games for the Canadian Football League's Toronto Argonauts in 2011. He was signed by 8 NFL teams, but he never played in a regular-season game.