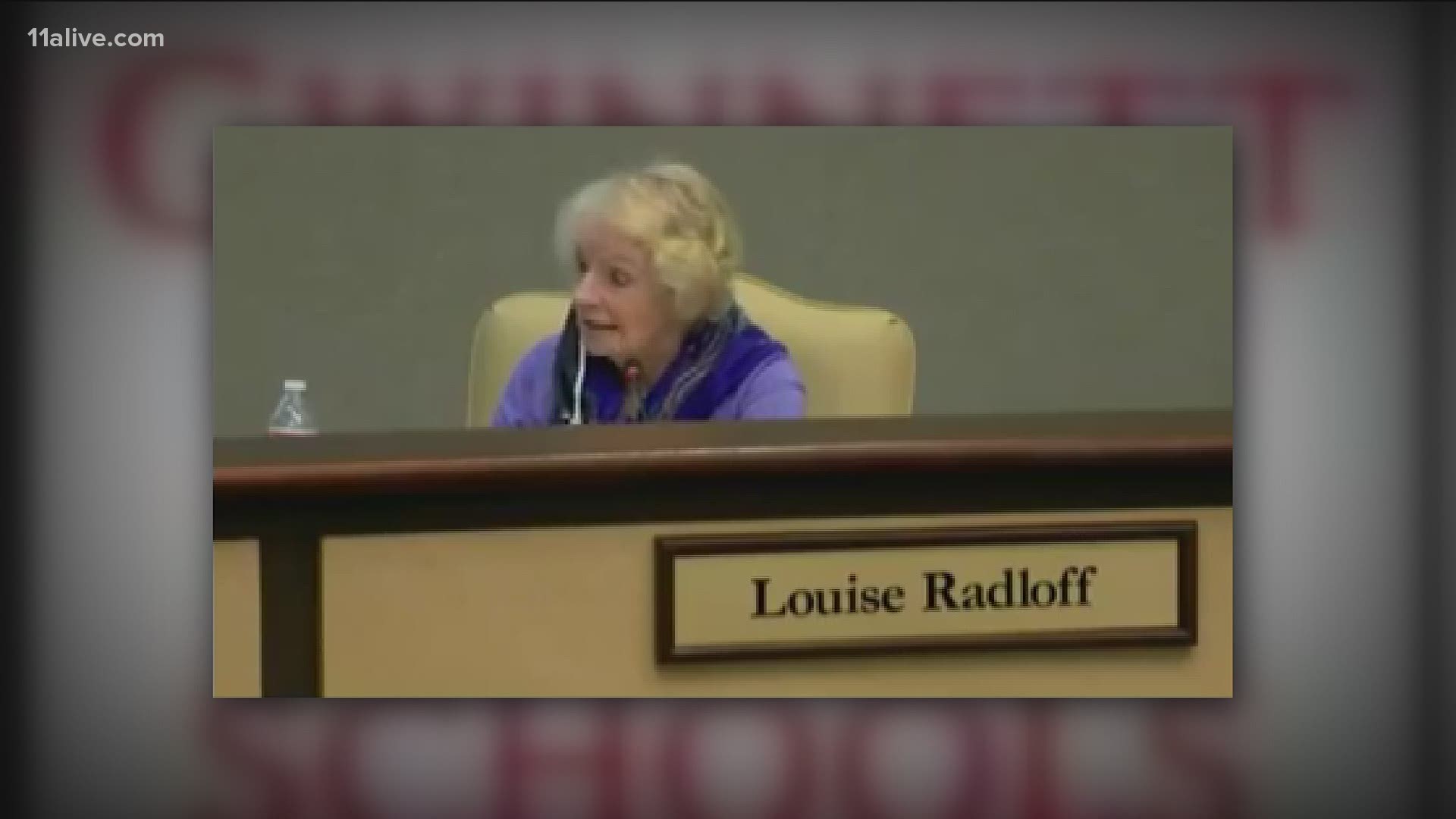 GWINNETT COUNTY, Ga. — The Gwinnett County Board of Education Superintendent is apologizing for comments made by the BOE chairman about a fellow board member, following Thursday night's meeting.

While video and audio were still recording the meeting, BOE Chairman Louise Radloff could be heard saying a sentence that included "strangle him." Unaware that the mic was still hot, Radloff made the statement to Superintendent J. Alvin Wilbanks after District 4 member Everton Blair finished his comments on the topic of in-person learning for the fall semester amid the coronavirus pandemic.

Blair, who has been outspoken about the district's plan to make in-person classes an option for students, is the board's only Black board member.

"In conducting Board business, School Board members do not always agree on the issues before them. However, there are appropriate ways to express that disagreement. At the end of last night’s meeting, which was one of the toughest in my tenure as superintendent, a Board member made a comment expressing her frustration with another Board member. It was a regrettable statement that caused pain and anger for many in our community," Wilbanks said. "That is unacceptable and cannot be condoned.

"The comment, while inappropriate, does not reflect the heart of the Louise Radloff I have known for almost 40 years. Her actions over several decades are a more accurate reflection of who she is. She is a good person and a public servant who has dedicated her life to serving others, and has supported the most diverse clusters in our district during her 48 years on the Board," Wilbanks added. "I regret that this occurred and will be working with the Board to address this type of behavior."

11Alive tried to reach Radloff on Friday, but we did not receive a response.

In a social media post released after the meeting, Blair compared Radloff's comments to lynchings of African-Americans:

"Unfortunately, [Thursday night's] critical business regarding school reopening has been overshadowed by the remarks of my outgoing colleague, which ignore the permanent stain of lynching in Gwinnett County's history," Blair wrote.

Blair went on to discuss his stance on returning children back to school saying, "Let me be clear: this is not about me. This is about the health and wellness of our 180,000 students, our 22,000 staff members, and the families to which they belong."

Blair has been a major advocate for offering solely virtual learning based on the increase in coronavirus related cases in the county, which several metro-area school districts have moved to do. 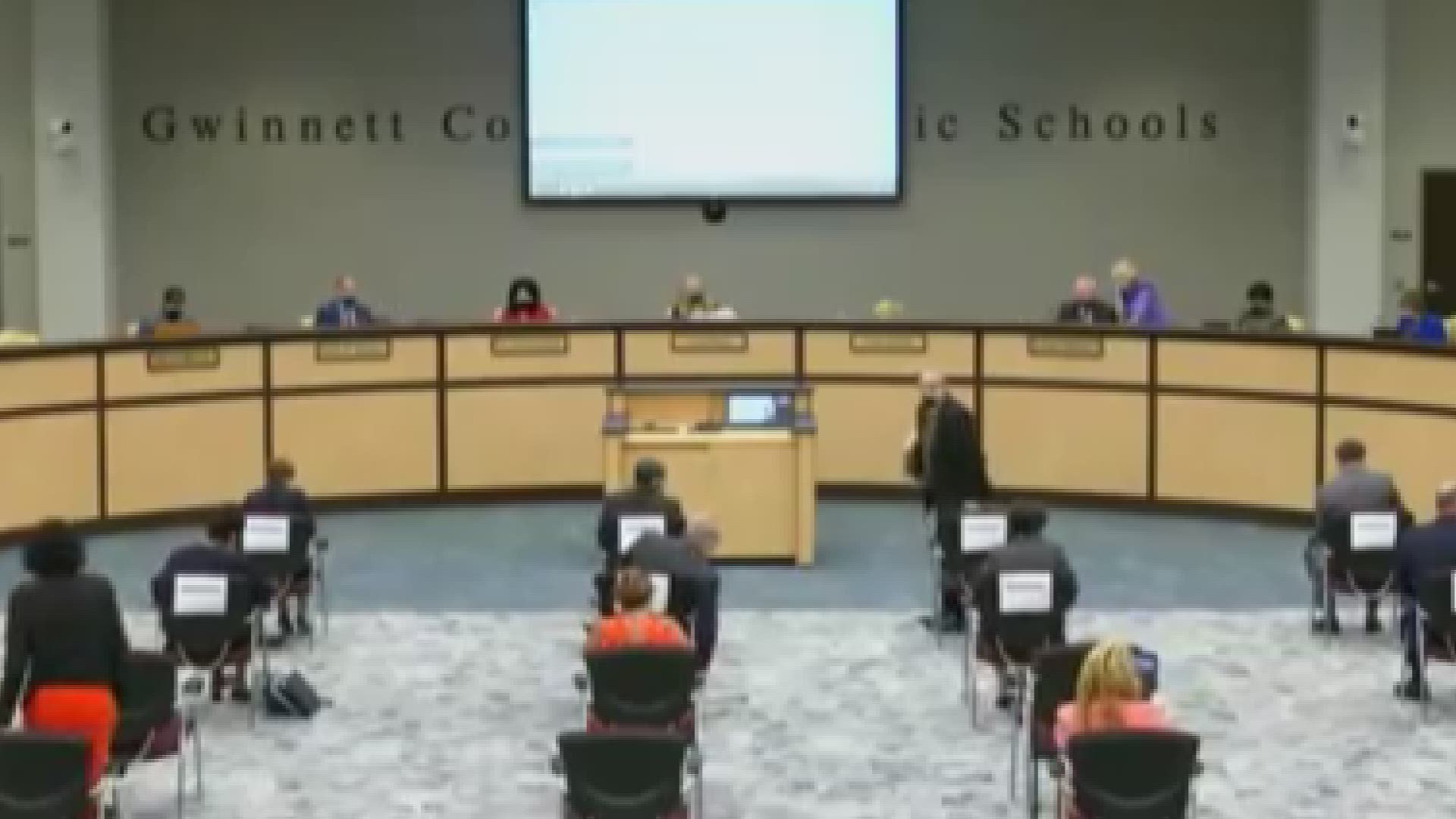 The Board decided during Thursday's meeting that they will go forward with plans to give families the choice of virtual or in-person learning for the upcoming school year.