Both Callie and Solo are available for free adoption this week. 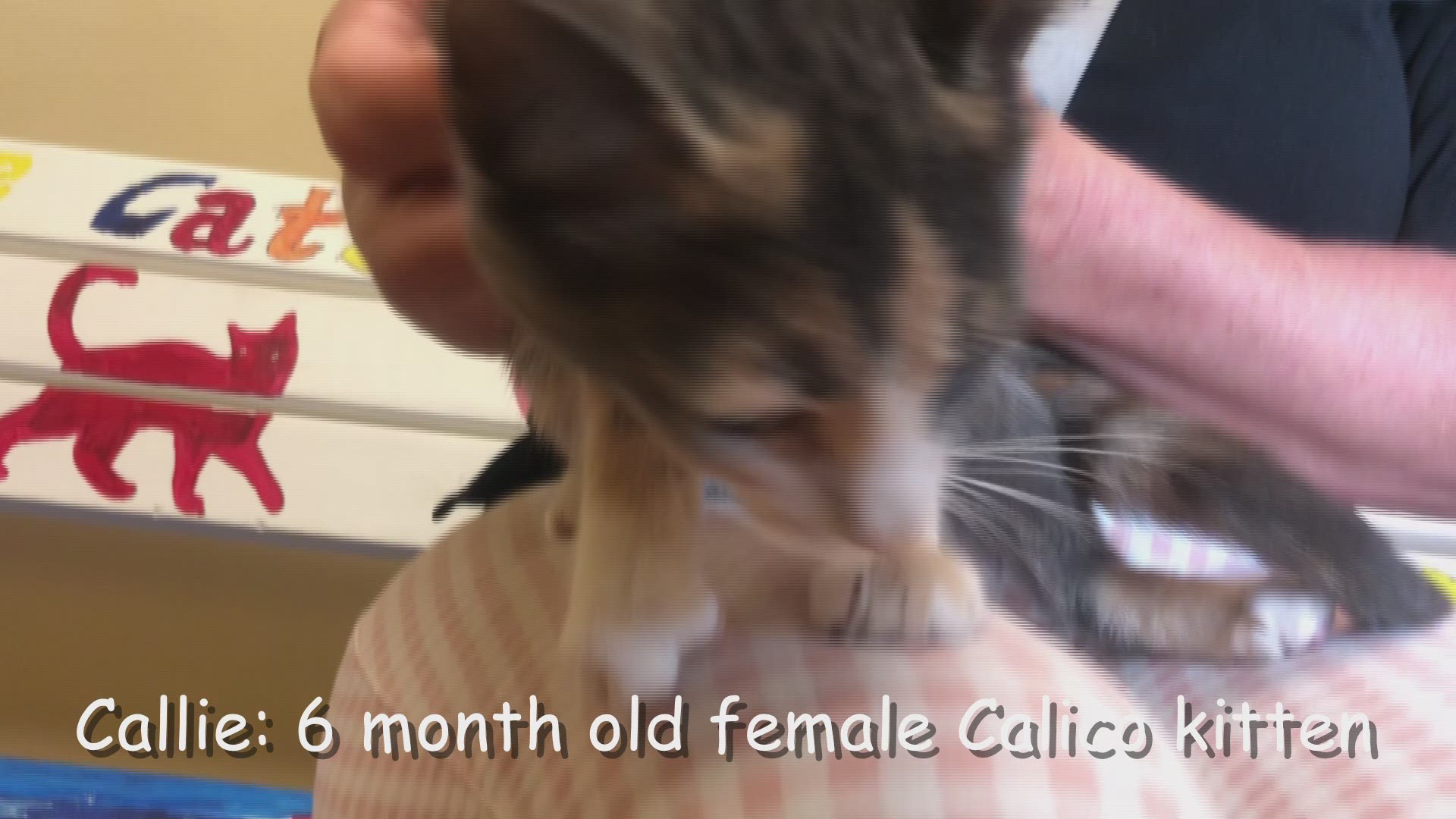 LAWRENCEVILLE, Ga. — 6-month-old Callie arrived at the shelter this week and is already stealing the hearts of Gwinnett County Animal Shelter staff. The red and grey kitten is very friendly and is not intimidated by dogs or loud noises. She is not apprehensive about humans and loves getting all of the attention.

Volunteer/ Resource Coordinator at the shelter, Staci Miller says she doesn't act like your average cat, "she's honestly more like a cat-dog."

4-year-old Solo arrived at the shelter with his brother, Han this summer. His brother was adopted during the Clear the Shelter event, and now Solo is waiting on his forever home. Solo has the same big smile as his brother but is a little bit more mellow.

Miller says he does get bursts of energy, but overall loves to relax, "He's the perfect dog. He'll chill when you want to or is willing to go outside on an adventure."

The mixed breed is extremely gentle on the leash and does not pull when being walked. He is also very treat-motivated. Solo loves being outside and enjoys laying in the sun.

Both Callie and Solo are available for free adoption this week.

OTHER PET OF THE WEEK STORIES: