Both Theon and George are available for free adoption this week. 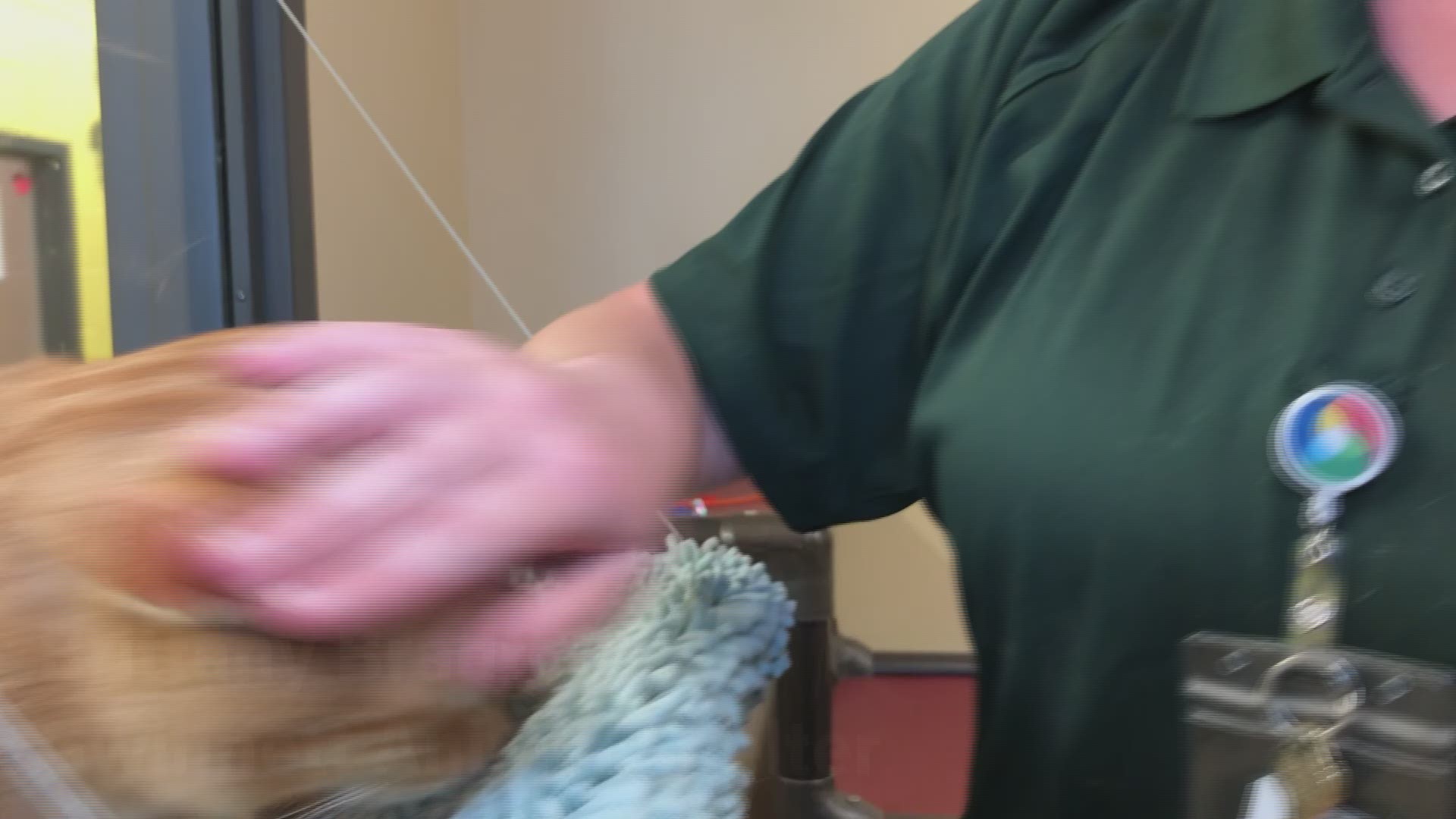 LAWRENCEVILLE, Ga. — George is a two-year-old Orange Tabby cat that arrived at the shelter recently.

Brittany Bradford with the Gwinnett Animal Shelter says the person that found him commented on how friendly he was.

"The individual that brought him in said he was very calm and relaxed around their other dogs and cats," adds Bradford.

George is a bigger sized cat, weighing in at about 11 pounds. Bradford says that they are still getting to know him, "he seems to love napping and loves being around humans."

Theon is a senior dog that has been at the shelter for over 50 days. The Siberian Husky mixed breed is 9 years old.

Bradford says that he does have anxiety in his pen, and prefers being outside in playgroups with other animals.

"We have a rating system for the animals' behavior during playgroups and Theon scored as a 'rockstar' which means he does very well with the other dogs and listens to instructions great," explains Bradford.

Theon is also a lover of a big bed, as was discovered during his interview.

Both Theon and George are available for free adoption this week at the animal shelter.

This Saturday, February 15th, the shelter will be helping potential owners find their sweetheart. The event begins at noon and will go until 2 pm at the shelter on Winder Highway. Shelter staff says the day will include vendors, gifts for new adopters and a photo booth. Adoption fees on all dogs and cats are just $2.14 each to celebrate Valentine's day. Adoptions will still include vaccinations, microchip and spay/neuter.