Both Jaguar and Missy are available for free adoption this week. 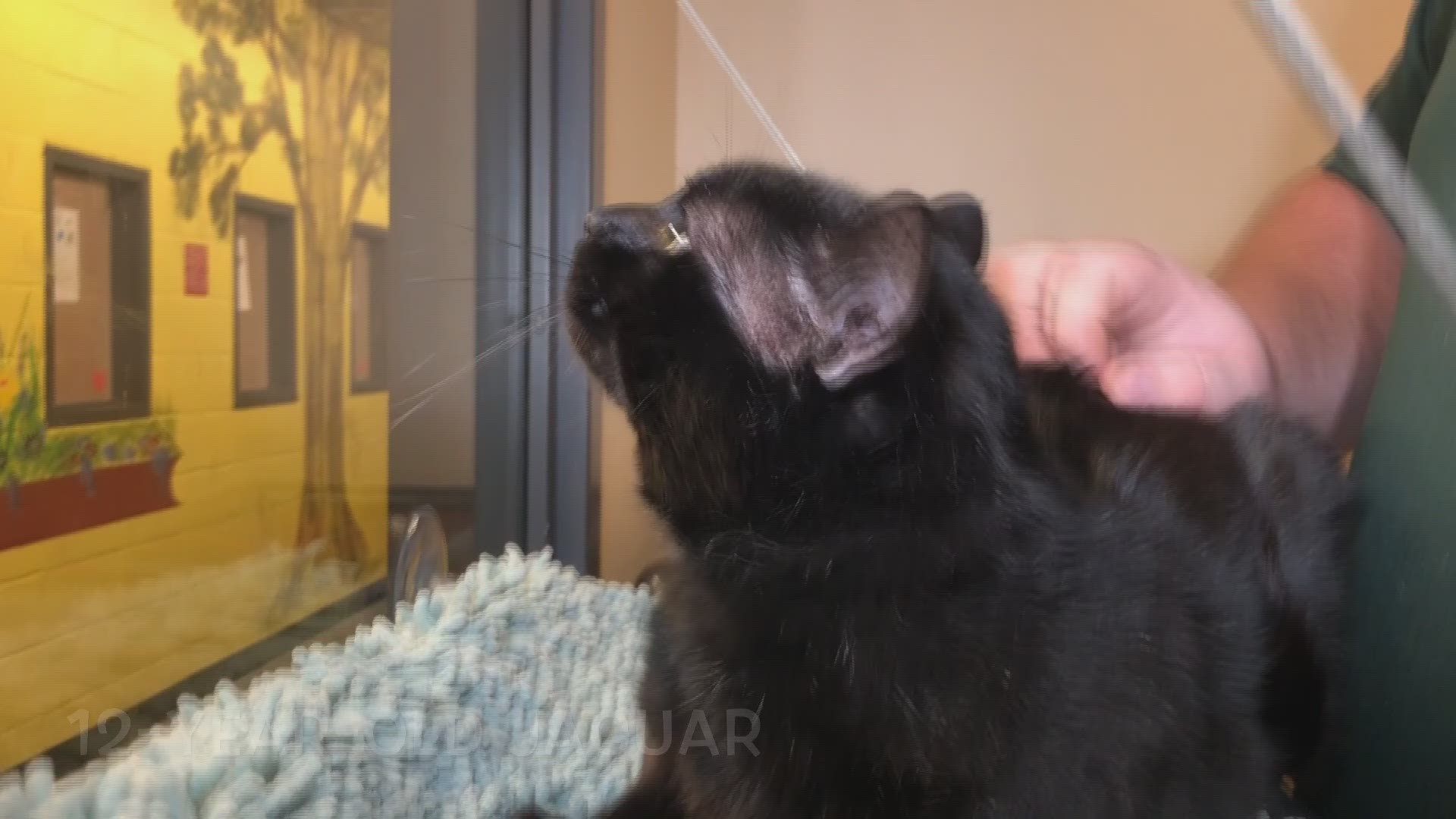 LAWRENCEVILLE, Ga. — Jaguar is a 12-year-old male cat that has been at the shelter for over a month. He is known for being timid at first but opens up once he is comfortable.

Garrett Williams, Rescue Coordinator at the Gwinnett Animal Shelter says Jaguar was not very open when he arrived at the shelter, "he was scared and needed time, but now he has come alive and just wants to be rubbed and petted."

Because of his age, Williams recommends that he be in a home with older children or adults that can offer him patience.

"He needs someone that will wait for him to come to you. He doesn't want to be forced into affection. But once he decides your his person, he'll give you all of his affection," adds Williams.

Missy is an 8-year-old mixed breed dog that doesn't know how old she is, according to Williams.

"She plays and acts like a puppy. We take her to playgroup with the other animals, and she can hang with the youngest dogs out there," Williams explains.

The Rescue Coordinator says that Missy is very friendly, and would do well in almost any home. She enjoys being around other dogs and doesn't seem to mind cats, either.

"She is just a sweetheart to be around. She has definitely become a shelter favorite," says Williams.

PREVIOUS PETS OF THE WEEK: