'The time is always right to do what is right' | 20th annual Gwinnett Co. MLK Celebration

This year’s events included a parade and a health fair. 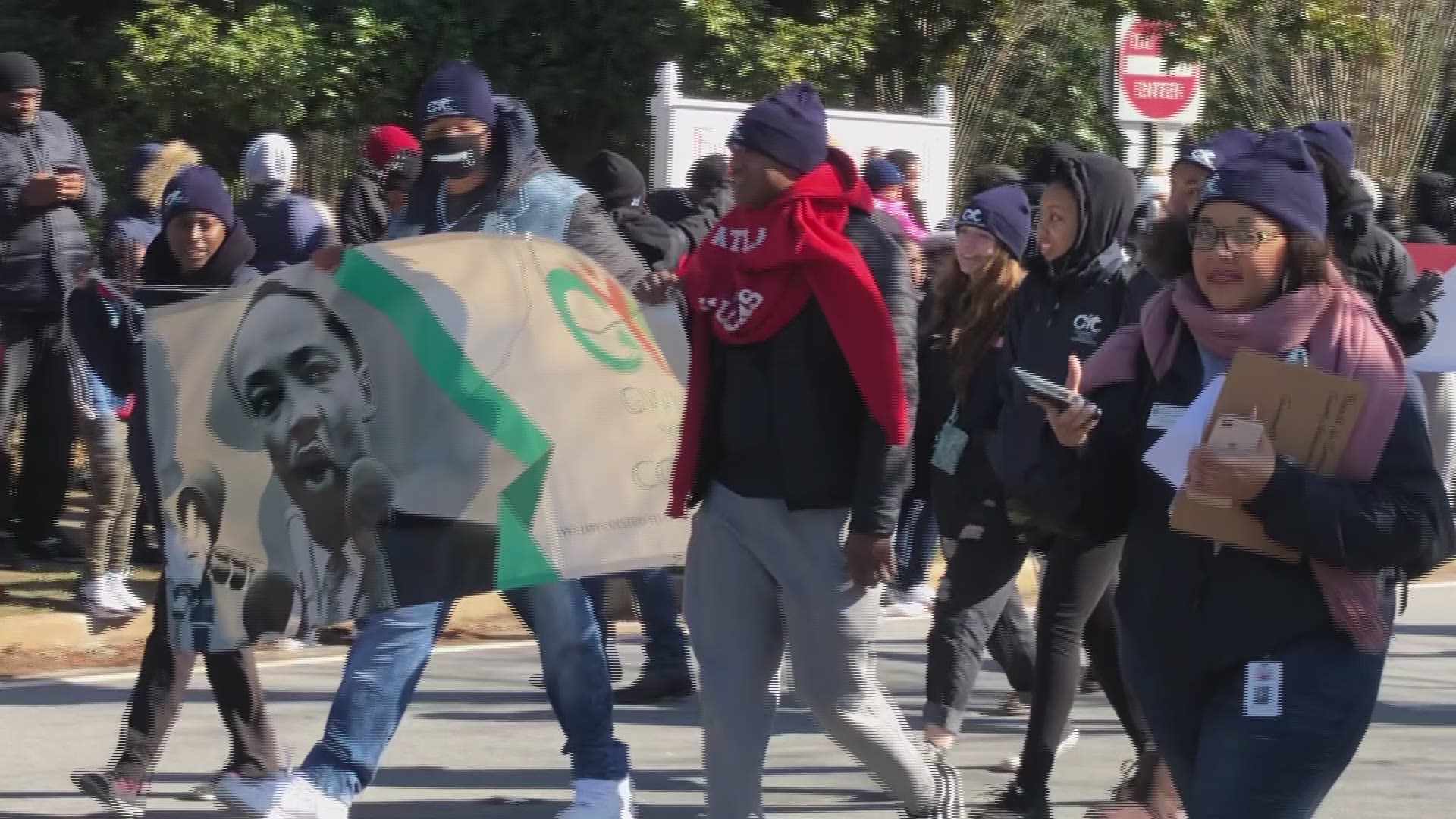 Put on by the United Ebony Society of Gwinnett Inc., this year’s parade theme was “The Time is Always Right to do What is Right.” The grand marshal was Peachtree Ridge graduate and CARE Closet founder Lauren Seroyer.

President of United Ebony Society of Gwinnett Inc., Marlene Taylor-Crawford, says they worked to incorporate their theme into every planned event, "we just wanted to really emphasize the 'time is always right to do what is right' for our bodies, our community, and country."

This is the 20th year of the annual parade. Taylor-Crawford adds that the first parade began with just a few residents. Initially, the parade started at the Gwinnett Historic Courthouse and ended where the new courthouse is located on Langley Drive in Lawrenceville. The route changed three years ago, and now begins at the Fallen Heroes Memorial and ends at Moore Middle School.

Bernice King on MLK Day: 'We are teetering on the edge of losing our collective soul'