Carry the Load makes a stop in Lawrenceville along their 11,000-mile journey. 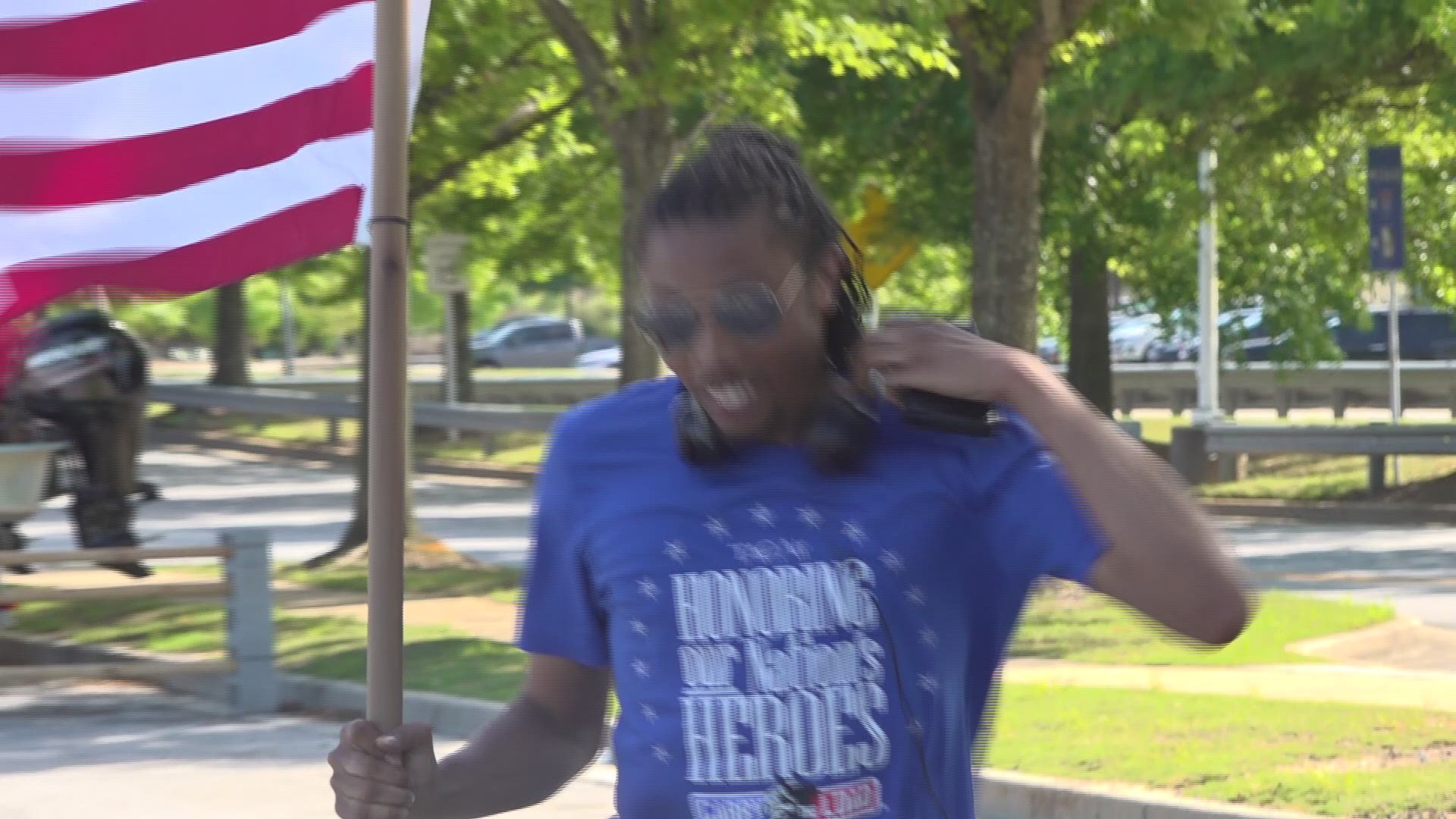 For 32 days, Carry the Load, with three regional teams, travel a total of nearly 11,000 miles honoring fallen military soldiers, veterans, first responders and their families. The tour stops in various states in-between until they reach Dallas, Texas for the final march on Memorial Day.

Monday, May 13, the race stopped in Lawrenceville.

Stacy James has been participating in the race for over five years. He honors his fallen loved ones and friends while waving the American flag and carrying a backpack with over 200 names, photos, and tags attached.

James says he first began participating in the relay to honor his mentor in the US Air Force, Col. Charles Bolin. James met Bolin during a dark period in his life.

"He taught me to slow down and relook at what I was doing in my life," James said.

He credits Bolin for encouraging him to embrace a more positive mindset and live a better life.

"When we talk about suicide awareness, in 2007 and 2008, I could have easily been that statistic," James said.

Along with Col. Bolin's nametag tattooed on his wrist, James carries a backpack with the names and photos of 14 security force members killed in the global war on terror and 180 Air Force police security forces.

To learn more about Carry the Load, visit their website.