Gwinnett County participates in National Coffee with a Cop Day. 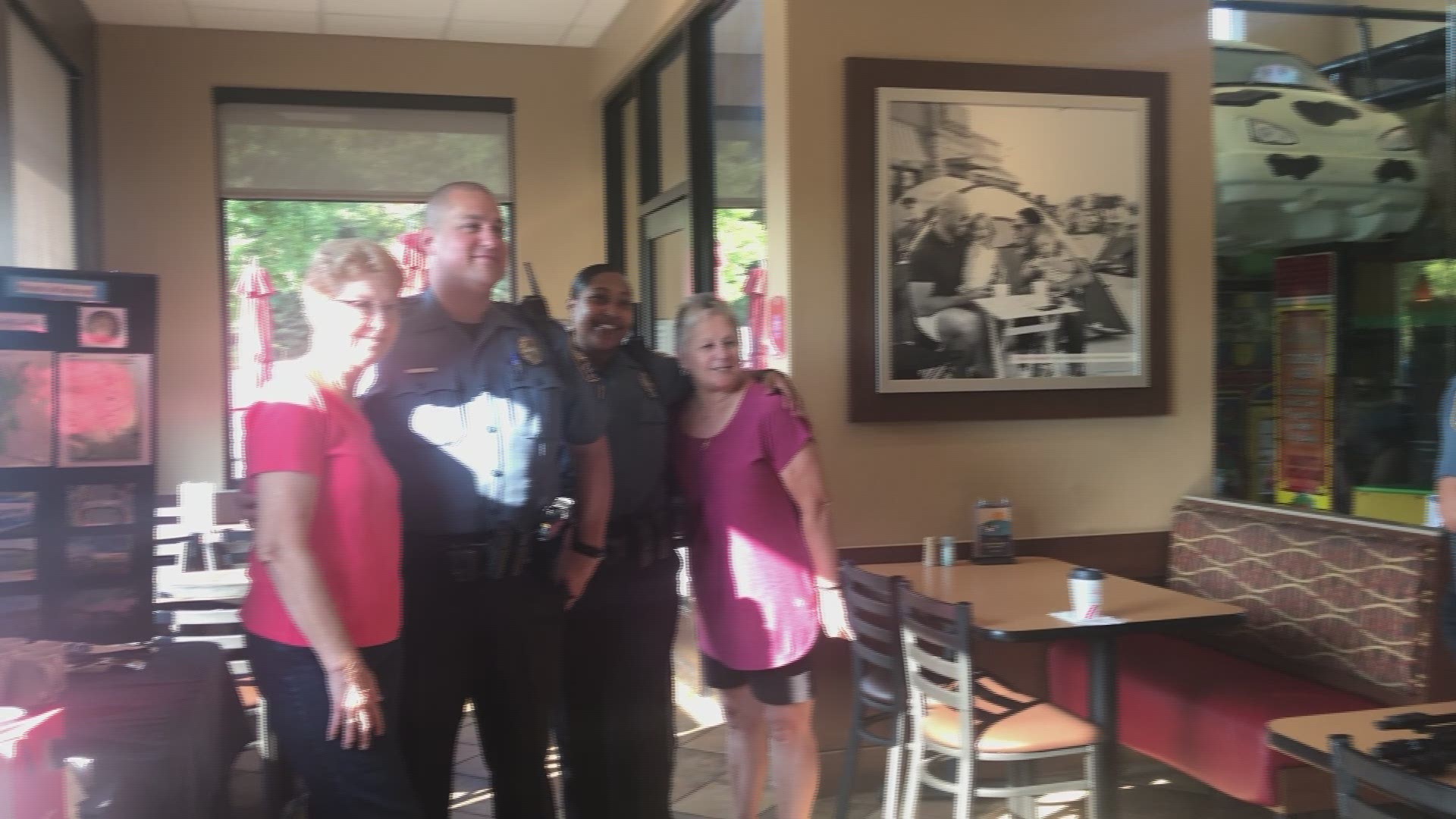 LAWRENCEVILLE, Ga. — The Gwinnett County Police Department joined thousands across the country in National Coffee With A Cop Day on Wednesday, October 2.

Gwinnett County hosting a meet and greet in Lawrenceville at the Chick-fil-A off Sugarloaf Parkway. The event lasted from 8 to 10 a.m., and free chicken minis and coffee were provided.

Coffee with a Cop, which is hosted by police departments nationwide, is aimed at breaking down barriers between police officers and the residents they serve by "removing agendas and allowing opportunities to ask questions, voice concerns and get to know the officers in your community," according to Corporal Michele Pihera.

Other area agencies participated in the day including the Lawrenceville Police Department which held its coffee meet and greet at the McDonald's on West Clayton Street.

Gwinnett County residents have coffee with a cop