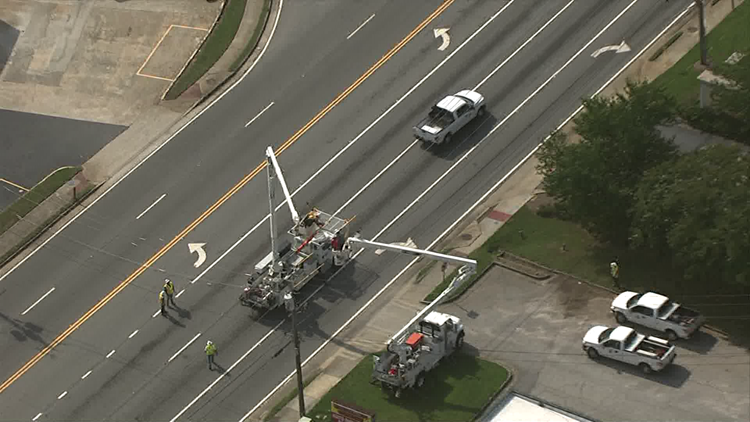 LAWRENCEVILLE, Ga. — One of Lawrenceville's busiest intersections is shut down to traffic during rush hour after police said a large truck ran into power poles there.

It happened Monday afternoon, according to a spokesperson for Lawrenceville Police.

According to the department, the truck hit a pole, knocking out power and taking down lines at the intersection of New Hope Road and Scenic Hwy.

Police said they now have the intersection closed off as Gwinnett County Fire Services and the city's electrical department work to fix the power issue.

While police said the accident was not serious in terms of injuries, the damage was extensive and has left problems with damaged traffic control lighting.

Police said they are hoping to get the intersection cleared quickly, though they didn't have an estimate for when that would happen.