Nicolette McLeod-Pinnock was honored after subduing a suspect at Trickum Middle School in October. 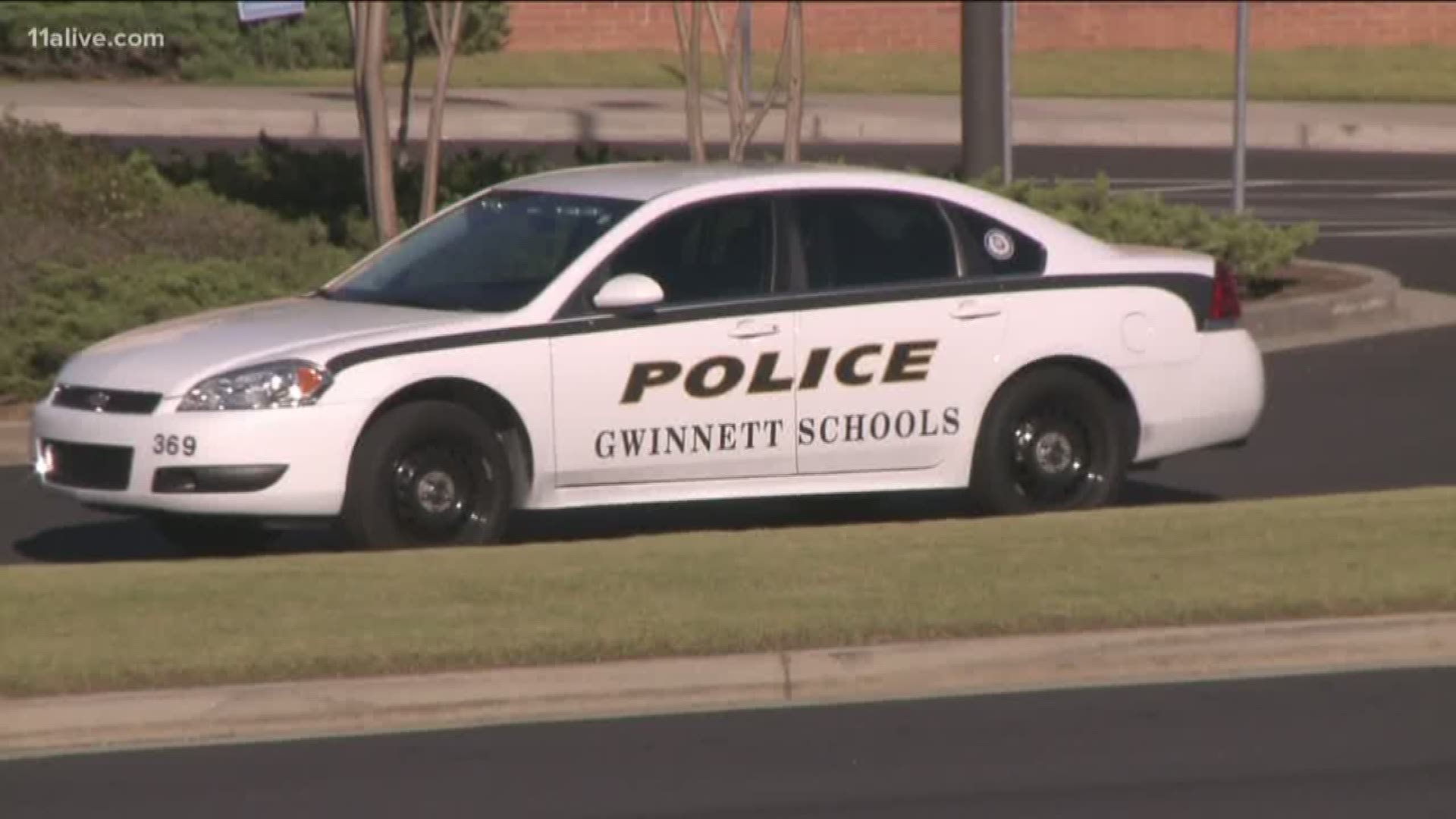 LAWRENCEVILLE, Ga. — Last October, an eighth-grader stabbed his teacher in the chest with a butcher knife and then grabbed another student.

A Gwinnett School Resource Officer stepped into the Language Arts room at Trickum Middle School in Lilburn, Georgia, and defused the situation, disarmed the student and took the youth into custody.

Officer Nicolette McLeod-Pinnock responded to the incident. She told 11Alive  her reaction when she got the call to go to the classroom.

"Initially, I didn't know what I was responding to," she said. "I thought it was going to be a fight but they told me the student had a knife."

For her actions on that October day, Officer McLeod-Pinnock received the Officer of the Year Award for Valor from the Peace Officers Association of Georgia on Aug. 20 at the group's annual conference in Savannah.

"It's a humbling experience,"McLeod-Pinnock said.

"It was a tragic situation but I'm glad that, with my training, I was able to prevent anyone else from getting hurt."

The award recognizes valor, acts of heroism or outstanding deeds which resulted in the protection of life and/or property, according to the association.

RELATED: Gwinnett teacher pushing for change after being stabbed by student with butcher knife

Officer McLeod-Pinnock is the first Gwinnett school resource officer to receive the award.

"To be able to win this award makes me happy," she said.

"I'm surprised because it's the state of Georgia, not just Gwinnett County."

Gwinnett County Schools Police Chief Wayne Rickard commended Officer McLeod-Pinnock in a statement. Saying, in part, "She handled the situation at Trickum in a very professional manner and it should be comforting to parents and all of us in the Gwinnett community that we have officers like her working in our schools."