A single mother of five boys is becoming a first-time homeowner. 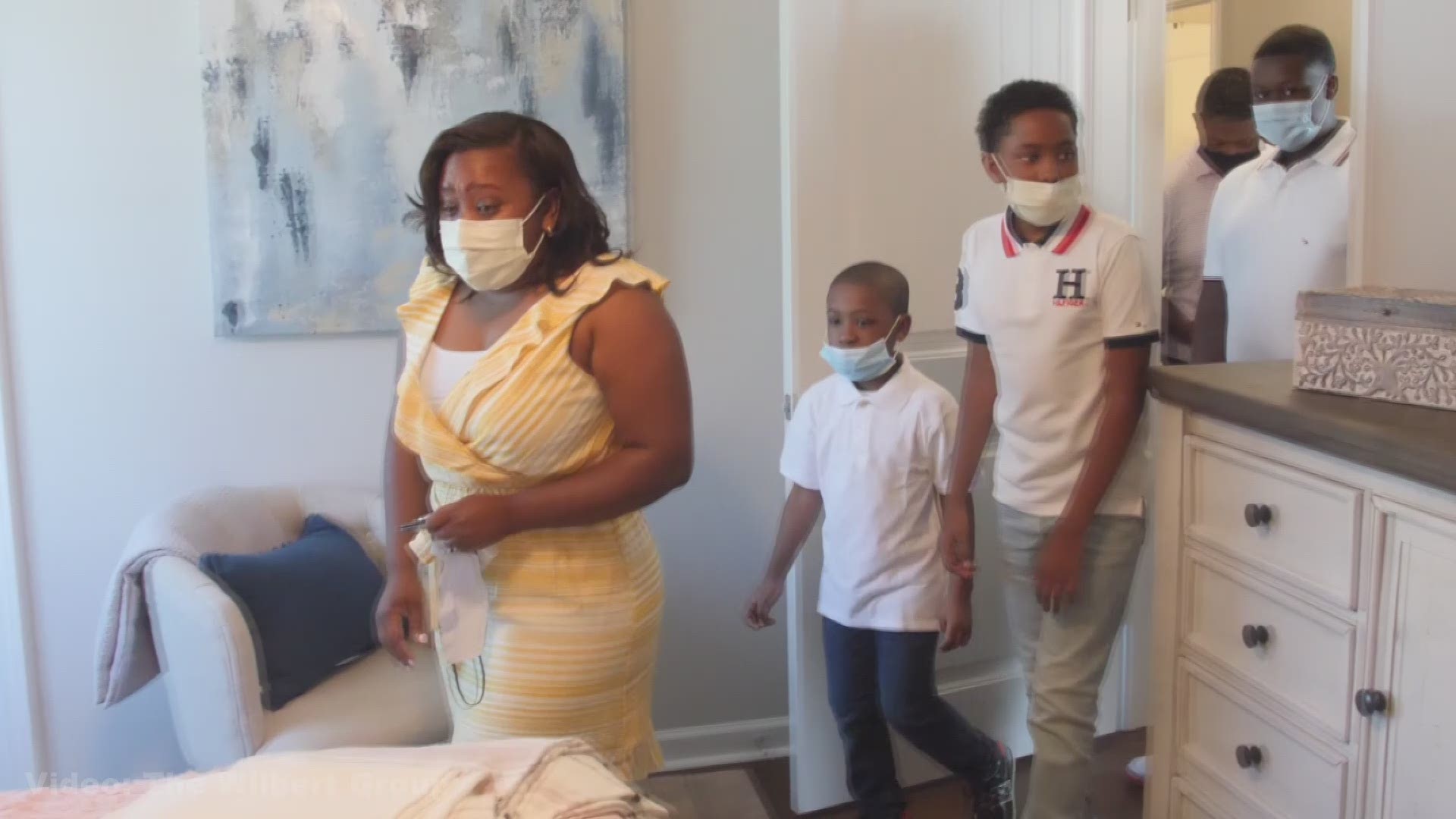 SNELLVILLE, Ga. — A single mother to five boys is now the newest Snellville homeowner thanks to Gwinnett Habitat for Humanity and former NFL player, Warrick Dunn.

Through GHH, Warrick Dunn Charities and Aaron’s, Inc., Cherone and her family were surprised with their very own home on Tuesday. Warrick Dunn welcomed the family in person and gave them a tour of their fully-furnished home. Volunteers with home build were also in attendance to congratulate the new owner.

Cherone - an aspiring nurse - grew up in New Jersey. After losing her mom when she was 14, she was forced to grow up in a group home. After marrying young and joining the Army, Cherone found herself in an abusive relationship and was forced to venture out on her own to keep her family safe.

Now a mother to five boys, she lived in a rental home in Gwinnett County that was plagued by leaks, bug infestations and mold. No more, thanks to the surprise gift.

This was the 179th home presentation nationwide by Warrick Dunn Charities, the former NFL star’s non-profit organization that identifies single parents across the country and helps them achieve their goal of first-time homeownership as part of its “Homes for the Holidays” program.

In addition to Aaron’s, all of the finishing touches, groceries, and down-payment assistance were made possible thanks to support from Ryan “Jume” Jumonville.

One man band: Teacher records 22 parts of 'Pomp and Circumstance' to honor seniors

One man's mission to clean up the Potomac River on paddleboard