The mom is accused of having another man pose as her disabled son during a court hearing in a scheme to take her son's $200,000 medical trust fund. 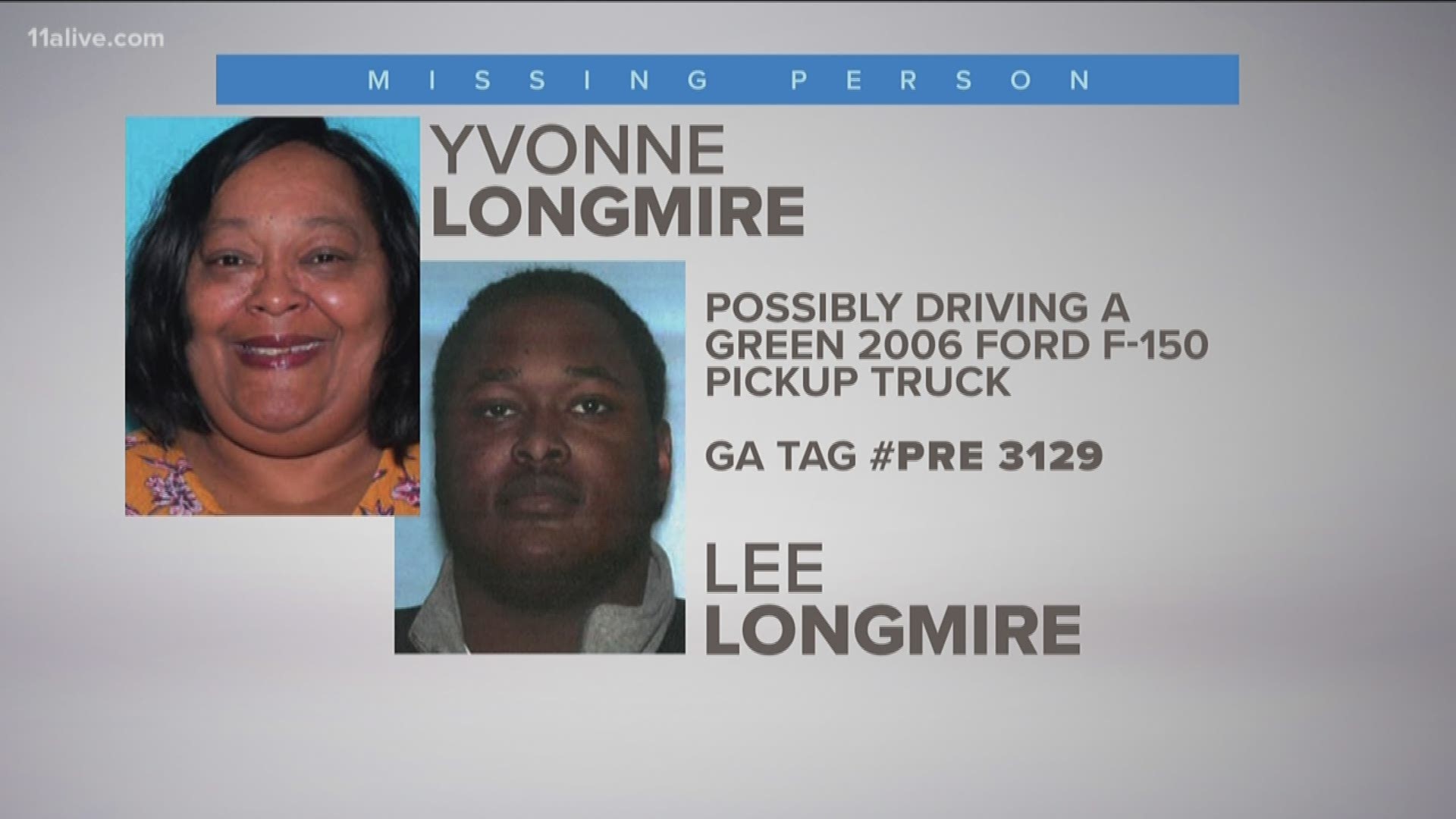 LAWRENCEVILLE, Ga. — A man with special needs from Lawrenceville is missing and his mother is on the run after police say she scammed the courts and tried to collect $200,000 from her son's medical trust fund. Yvonne Longmire is now facing several charges and police say they want to find her son, 20-year-old Lee Earnest Longmire, to make sure he is okay.

In late January, Gwinnett Police detectives say they discovered that Yvonne had brought a man to probate court the previous month to pose as her son, claiming, under oath, that a doctor had declared her son was no longer severely mentally disabled.  Police say Yvonne testified that her son's medical trust fund--established by a relative years earlier--was no longer needed for his care.  The judge agreed and ordered the money released to Yvonne-- $200,000.

Police say they discovered the scheme before Yvonne got the check.

According to police, Lee’s former conservator attorney, Mike Smith, and a paralegal from Smith's firm, Andrea Wagner, tipped off detectives as soon as they became aware of the case and realized that the man doctors had examined, who posed as Lee in court, was, in fact, an imposter.

Credit: Gwinnett County Police Department
FROM LEFT: Lee Earnest Longmire, Yvonne Longmire and Maurice Ford. Yvonne Longmire is on the run after hiring Ford to pose as her son, Lee, to collect money from his trust fund. Lee Longmire has not been seen in years, police said.

"Had they not brought that to our attention," Gwinnett County Police Corporal Wilbert Rundles said Wednesday, "it would have been able to give Yvonne full control of [her son's] trust fund money, for her to do whatever she willed."

The man police identify as the imposter is Maurice Ford, and he was arrested this week in Phoenix; Ford is awaiting extradition back to Georgia to answer to a warrant put out for his arrest. Yvonne is facing several charges once police find her.

Yvonne Longmire has been charged, initially, with perjury, forgery, identity theft, theft by deception, criminal solicitation and exploitation of an at-risk adult.

Police don't know if her son, Lee, is with her, and they're worried about him.

Anyone who might have information on this case is asked to call Gwinnett County Police at 770-513-5300. To remain anonymous, call Crime Stoppers at 404-577-TIPS or visit www.stopcrimeATL.com. Crime Stoppers is offering a cash reward for information leading to an arrest and indictment in this case.