Tiffany Moss’ decision to represent herself in her death penalty trial confounds and confuses some prospective jurors. 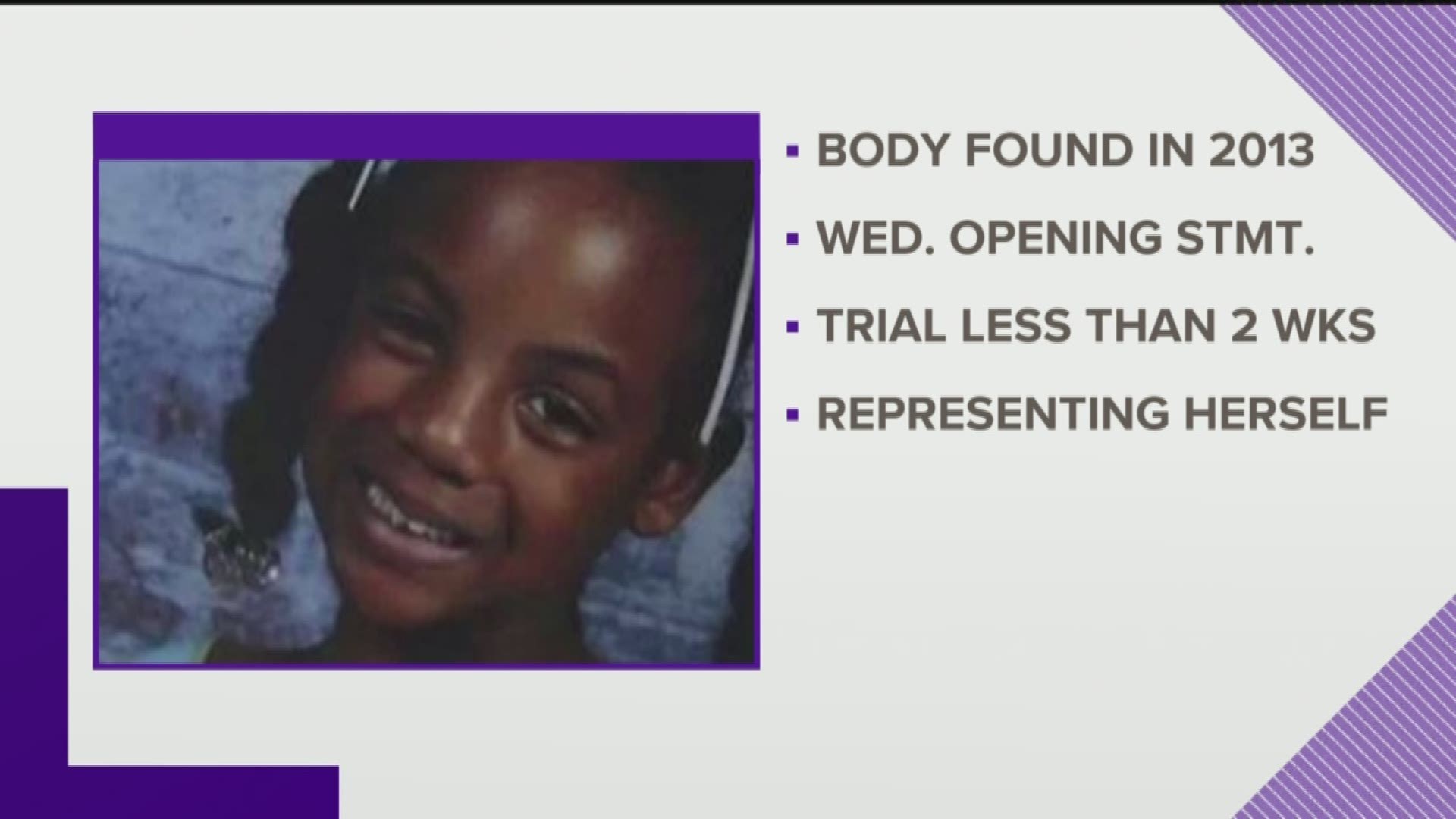 LAWRENCEVILLE, Ga. — “I’m concerned with the seriousness of the charges with anyone who would want to represent themselves,” answered a prospective juror in Gwinnett County Super Court today. “But it’s her right to do that.”

The juror was being questioned by Asst. District Attorney Lisa Jones, who is one of the prosecutors in the Tiffany Moss trial. Moss is accused of starving her 10-year-old stepdaughter to death in 2013. Emani Moss’ body was then burned, allegedly in an effort to cover the crime, and placed in a dumpster outside the family’s Gwinnett Co. apartment.

If sentenced to death, Moss would be just the third woman executed in Georgia. It’s her decision to represent herself that is causing some jurors to pause.

That juror was ultimately released from duty because of her anti-death penalty views. Finding jurors who are not conscientiously opposed to the death penalty has also been a challenge in the court case.

It's an opinion that has been mirrored by a number of jurors since jury selection began last week.

“If you’ve chosen to defend yourself, you have no regrets,” responded one juror last week when asked about the defendant’s decision to defend herself.

Moss has two court-appointed attorneys sitting behind her. They were assigned by the judge to answer any legal questions she may have. So far, Moss has only spoken to them once during court proceedings.

The seriousness of the crime is evident when the jurors are being questioned. Several have heard of the case but others have only heard the charges Moss is facing. The Judge reads the full indictment to prospective jurors when he swears them in.

Tiffany Moss faces six counts of murder and concealing a death, plus two counts of felony murder and first-degree cruelty to children.

“I do think there is evil and evil needs to go away,” answered one potential juror today when questioned about her belief on the death penalty.

As of midday Monday, 50 jurors qualified for service. Fifty-four are needed to move to final jury selection. The Judge indicated final jury selection would likely happen on Tuesday and the trial would move quickly from there. He said, at one point during the morning, he expects the trial to be completed by May 7.