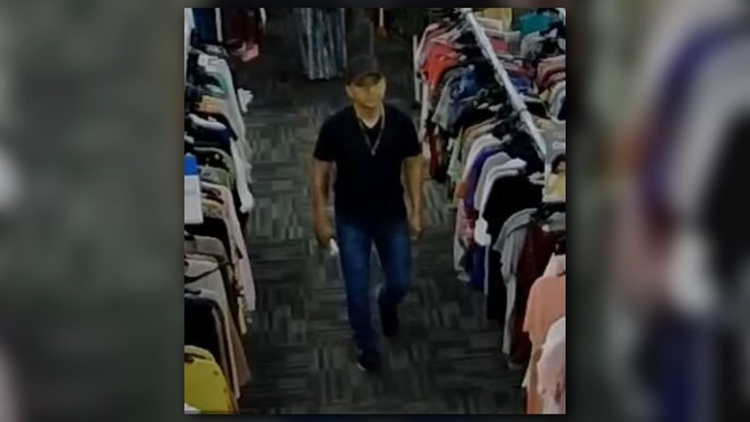 Woman attacked at home after wallet stolen at Gwinnett store

LAWRENCEVILLE, Ga. — A woman was victimized twice last month when a suspect stole her wallet while she was shopping and then attacked her in her home the next day.

The woman was shopping at Burlington Coat Factory on Sugarloaf Mills Parkway on Aug. 10 when she reported her wallet stolen from her purse. She told police that the wallet was stolen when she stepped away from her shopping cart for a moment and walked around a rack of clothes.

The wallet contained her credit cards, address and a spare key.

Security video appears to show a Hispanic male between 25 and 35 years old reach into the purse and take the wallet.

The next day, while her children slept upstairs, the woman heard a noise in her home office. When she opened the door to investigate, she was struck in the head with a blunt object.

She scrambled to call the police, believing the suspect was still in the house. Gwinnett Police arrived and did not find the suspect, anything missing or a sign of forced entry.

The woman's face was red and swollen.

She believes the suspect in the burglary and theft are the same person. She told police that an exterior door to the office which was unlocked when the police arrived had been locked earlier in the day.

If anyone has any information to share in this case, they are asked to call Gwinnett County Police Department detectives at 770-513-5300. To remain anonymous, tipsters should contact Crime Stoppers at 404-577-TIPS (8477) or visit www.stopcrimeATL.com.

Guns and other valuables stolen from unlocked vehicles

Teen shot outside Dave and Buster's at Sugarloaf Mills Mall

Woman dies chasing hit-and-run driver who crashed into her