Unlike his much-younger classmates, Prescott Lawrence didn’t seek a college education out of necessity. 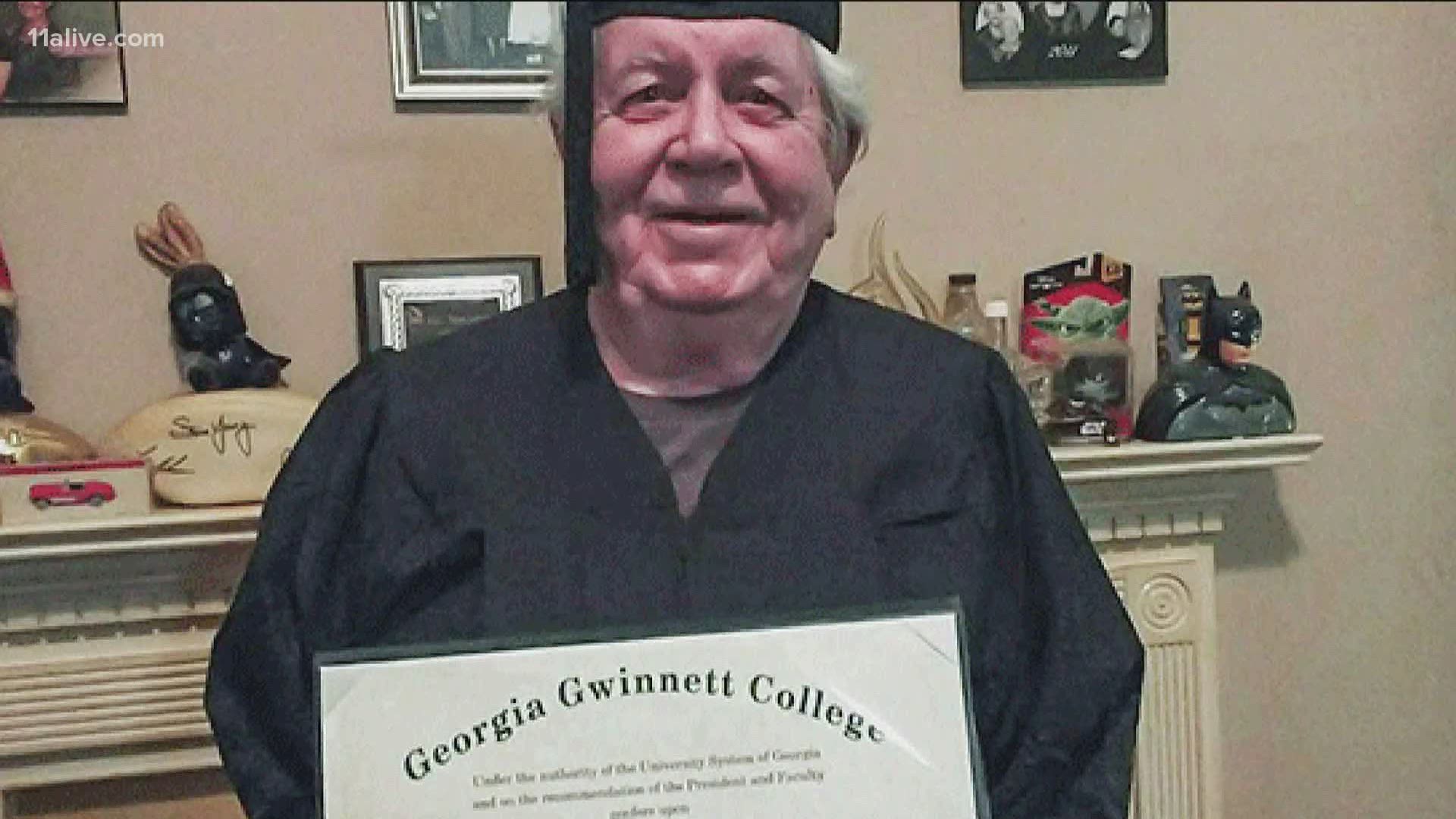 GWINNETT, Ga. — At 81 years old, Prescott Lawrence has all the life experience anyone would ever need.

A dream that took more than a decade to achieve, Lawrence will receive his college degree this weekend from Georgia Gwinnett College (GGC).

On Saturday, Lawrence will become the oldest student to ever graduate from the college earning his degree in business administration with a concentration in management information systems. He said he didn't seek a college degree out of necessity, but out of the desire to keep his mind sharp.

“You learn every day. Everyday there is something new to learn ... so why not concentrate on something that you like," Lawrence explained.

On the topic of his age, the soon-to-be graduate said age is just a number.

"You’re only as young as you feel, and I feel pretty young when I’m with the kids at school," he said.

Lawrence spent decades serving in the U.S. military and worked several more jobs before deciding it was time to get his degree. The father of four, grandfather of 13, and great grandfather of 18 said he couldn't have done it without his family by his side.

“They’re proud of me, and they tell me they're proud of me a lot. And I’m happy and I’m learning something," Lawrence added.

Lawrence suffered an aortic aneurysm in 2011 which took him out of classes for a while. Shortly after, he switched his major from information technology to business administration.

The "senior senior," as GGC staff and students have nicknamed him, will graduate this Saturday at 10 a.m. in a virtual ceremony. He said he is already working on his second degree taking online course at Hilldale College.