In spite of pandemic concerns, Atlanta Unbound Academy is planning to open in September. 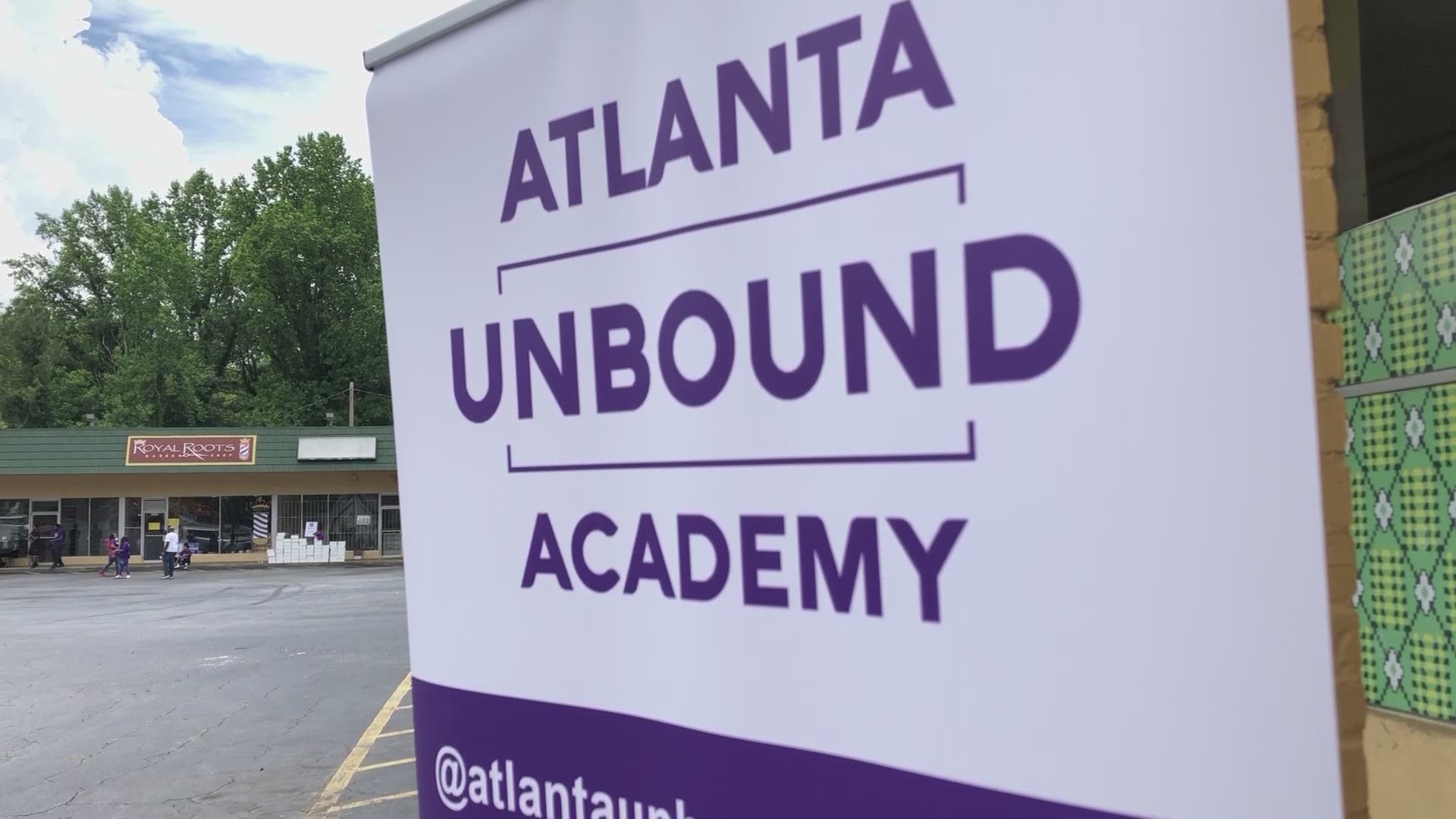 COLLEGE PARK, Ga. — As many families in the metro area are still recovering from wrapping-up graduation ceremonies from an abbreviated school year, most folks probably haven’t given the faintest thought to the first day of the next school year.

In fact, AUA held its final enrollment drive for the upcoming fall on Memorial Day weekend. Two of those locations were right in East Point, one at the Headland Delowe Shopping Plaza and the second at Martel Homes.

In keeping with social distancing protocols, their event was completely contact-less. Prospective families could access the enrollment information via a QR code that leads applicants to a digital form.

Applicants then received a welcome box and pre-packaged, catered lunch with your choice of baked chicken or fish.

“We strongly believe that it is our job as educators, not only to teach the academics,” Alaina Chipman Leeks, founder, and principal of Atlanta Unbound Academy said. “But also to ensure that we are giving our students the critical skills to both dream and also act on those dreams.”

In terms of curriculum, Atlanta Unbound Academy is positioning themselves to mirror the experience of Historically Black Colleges & Universities (HBCU) while also delivering an education that empowers their students compromising on academia.

Some of those community partners include:

For their classes starting in the fall, the Atlanta Underground Academy is only looking for kindergarteners and sixth graders with more classes to begin at a later date. For more information about the school, visit their website.

RELATED: RISE to the occasion | East Point charter school provides meals and other essentials to the community