The shops, sights, and sounds at Avalon are not the 'new normal' according to businesses and patrons

The Alpharetta shopping center creates a 'normal for now' as they re-open their stores to customers. 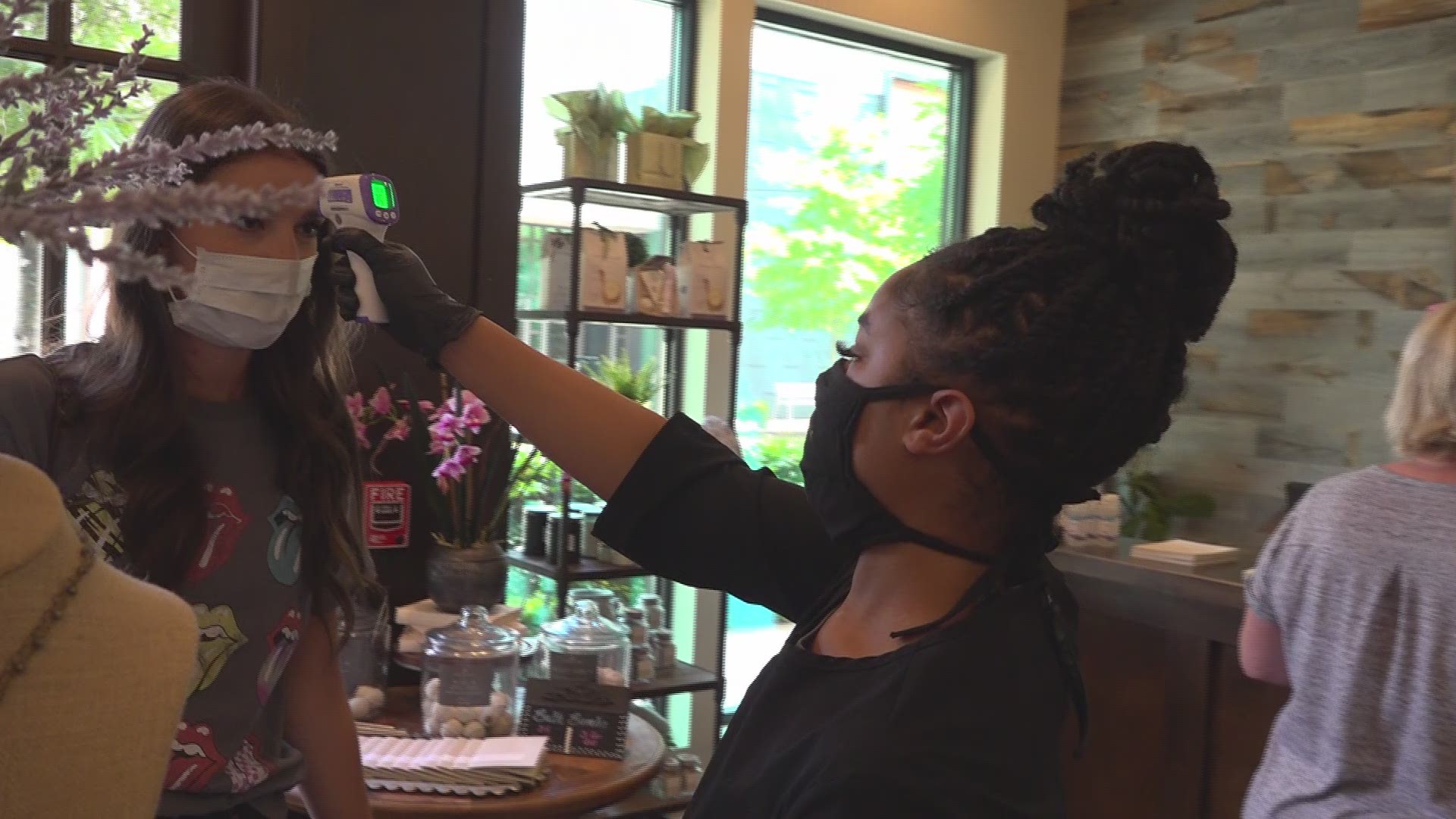 ALPHARETTA, Ga. — In the heart of Alpharetta, an 86-acre development with more than 500,000 square feet of retail is working to re-connect a community of shopping, dining, and entertainment. While procedures, hours, and people may look different, businesses and customers at the Avalon both agree this isn't their "new normal."

The owner of The Woodhouse Day Spa, Justin Bachtell, says he thinks it's premature to assume things will be like they are now in a few months.

"I am not a fan of the phrase 'new normal', because I don't necessarily believe what is required of us now is going to be required of us in the near future," explained Batchell.

The general manager of the Cru Food & Wine Bar, Foster Smith was also in agreement with Bachtell on the phrase that has been attached to the coronavirus pandemic.

"I don't like it. Because it's not a new normal. It's just a bump in the road, and we'll get back to non-social distancing eventually," explained Smith.

Stores at the Avalon shopping center began re-opening their doors on May 1, joining several restaurants who remained open during the shut down, serving take out only.

The list of open retailers is now at 40 and growing with more than 20 restaurants offering dine-in service.

Many of the tenants have implemented new safety procedures in wake of the pandemic, including the Woodland Day Spa, requiring customers to wear masks and taking their temperature when they enter the store.

An employee at Cru Food & Wine Bar, Matthew Hogan, said the reason he decided to come back to work when the restaurant opened a week and a half ago was because it was what was "right for him."

Smith says that the wine bar is at 60 percent compared to what they are usually at during this time of year.

Customers sitting on the patio of the bar wore no masks, but a mother and daughter in law said they had them in their bags.

"I feel like we're finally doing what we're supposed to be doing, being outside. And it's just beautiful," said Avalon patron, Donna Shahpazian.

Her daughter-in-law, Lindy Shahpazian adding that they were being cautious, "this is the first time we have been out in two months. we have our masks and we're wearing them indoors and constantly washing our hands."

A customer a the Woodland Spa, Ellie Fay saying that the last few months have felt like years.

"We're ready to get on with our life. I understand some people don't feel comfortable going out, but I do and I am ready to just live my life," said Fay.

While Avalon is open for business, certain tenants remain closed or have amended their hours. The center is updating that list on their website here.

JCPenney to file for bankruptcy, will close some stores

Crowds gathering around metro Atlanta in national spotlight amid pandemic