'It was intense. It was surreal': Navy veteran, former police officer rescues 2 women from car fire

'I threw on some shorts, jacket and some flip flops and ran out the house,' Kenneth Nurse recalled. 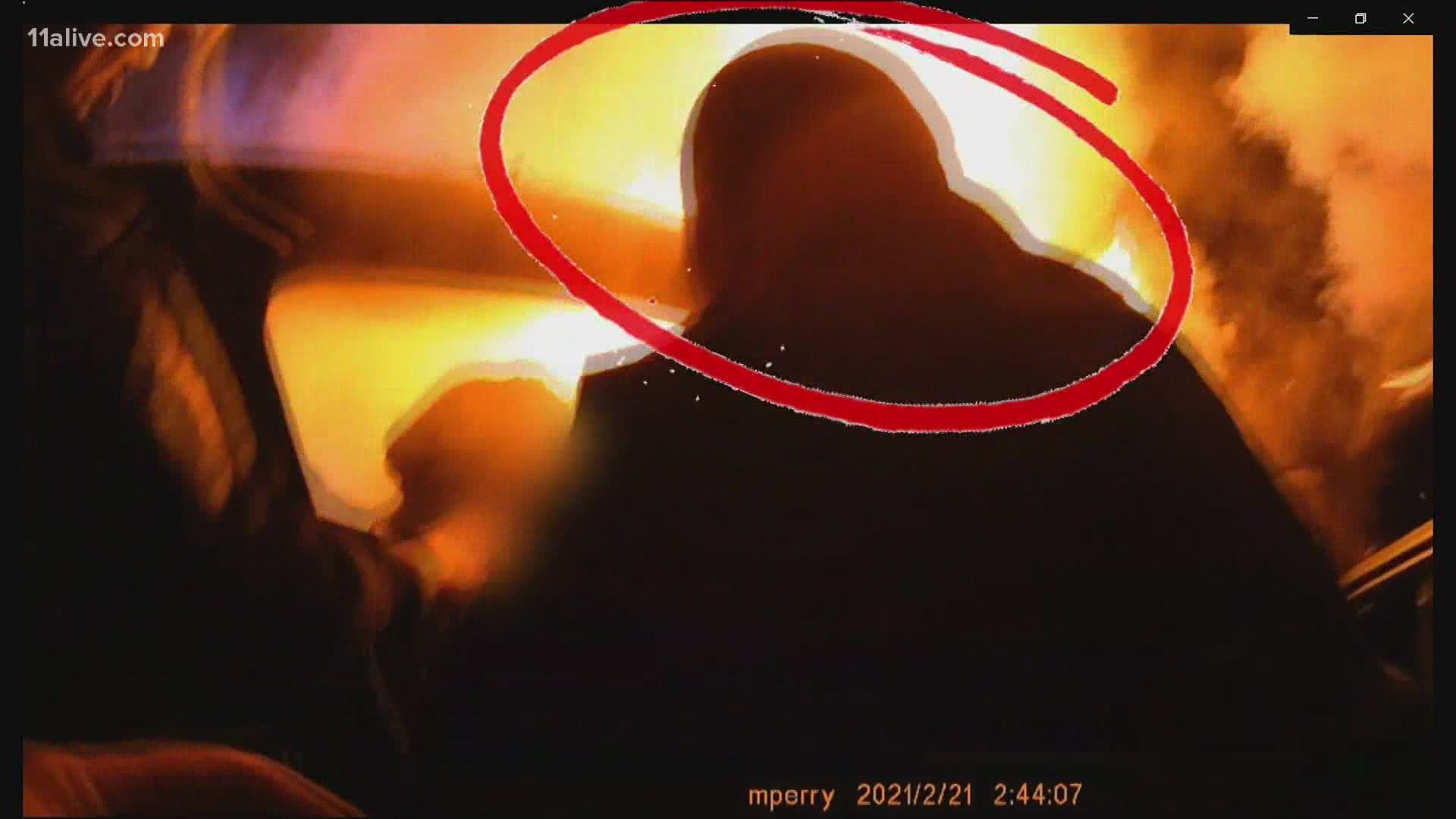 FAYETTEVILLE, Ga. — Kenneth Nurse is a Navy veteran, a former Charleston police officer and now works as a video analyst for the Atlanta Police Department. On Sunday morning, he also became a hero, as he helped rescue two women from a car fire.

The 911 calls paint the picture of the chaotic scene that unfolded on Helen Sams Parkway.

"It's smoking more! They've got to hurry up. Tell them to hurry up," you can hear nurse telling the dispatcher.

"There's one more person in here. Come on, come on, come on. I can't get the door open. The car is on fire,"  Nurse can be heard exclaiming.

Nurse said they heard a loud bang around 2:30 a.m. Sunday, and when his wife rushed to the window, she saw smoke.

He asked her to call 911 as he ran 50 yards to the burning Honda Accord and first pulled the driver out. He said she thankfully had her door unlocked.

"I threw on some shorts, jacket and some flip flops and ran out the house," he recalled. "Just like that - so quick, that fire started. It went from zero to 10. The tree was burning, stuff was falling down. It was intense. It was surreal."

Credit: WXIA
Kenneth Nurse, who rescued two women from a burning vehicle on Sunday, is an Army Veteran and former Charleston police officer

That intensity was caught on police body camera once Fayetteville Police officers Maggie Murphy and Michael Perry arrived to the scene. Murphy helped drag the driver out of the burning vehicle and then rush to the passenger side.

Nurse said he told Murphy to grab an ASP baton, which she used to punch holes on the window. From there, Nurse was able to unlock the passenger door, unbuckle her seatbelt, and with the help of officers, drag her onto the grass.

Nurse, who served in the Navy from 1983 through 1987 working on nuclear submarines, said he couldn't stand back and watch.

"It's somebody's kids! I just cannot imagine somebody being in that car and taking in all of that smoke and the car on fire," he said.

Fayetteville Chief Scott Gray said officer Perry has been with the department for over eight years, an Murphy for less than three.

"These two officers along with the bystander are heroes and helped get these two individuals to safety," said Gray.

Neither of the officers sustained any injuries. Nurse had a few shards of glass on his foot and hand.

Gray said the passenger is in critical condition at Grady Hospital and the driver is in serious condition. The cause of the crash is still under investigation.