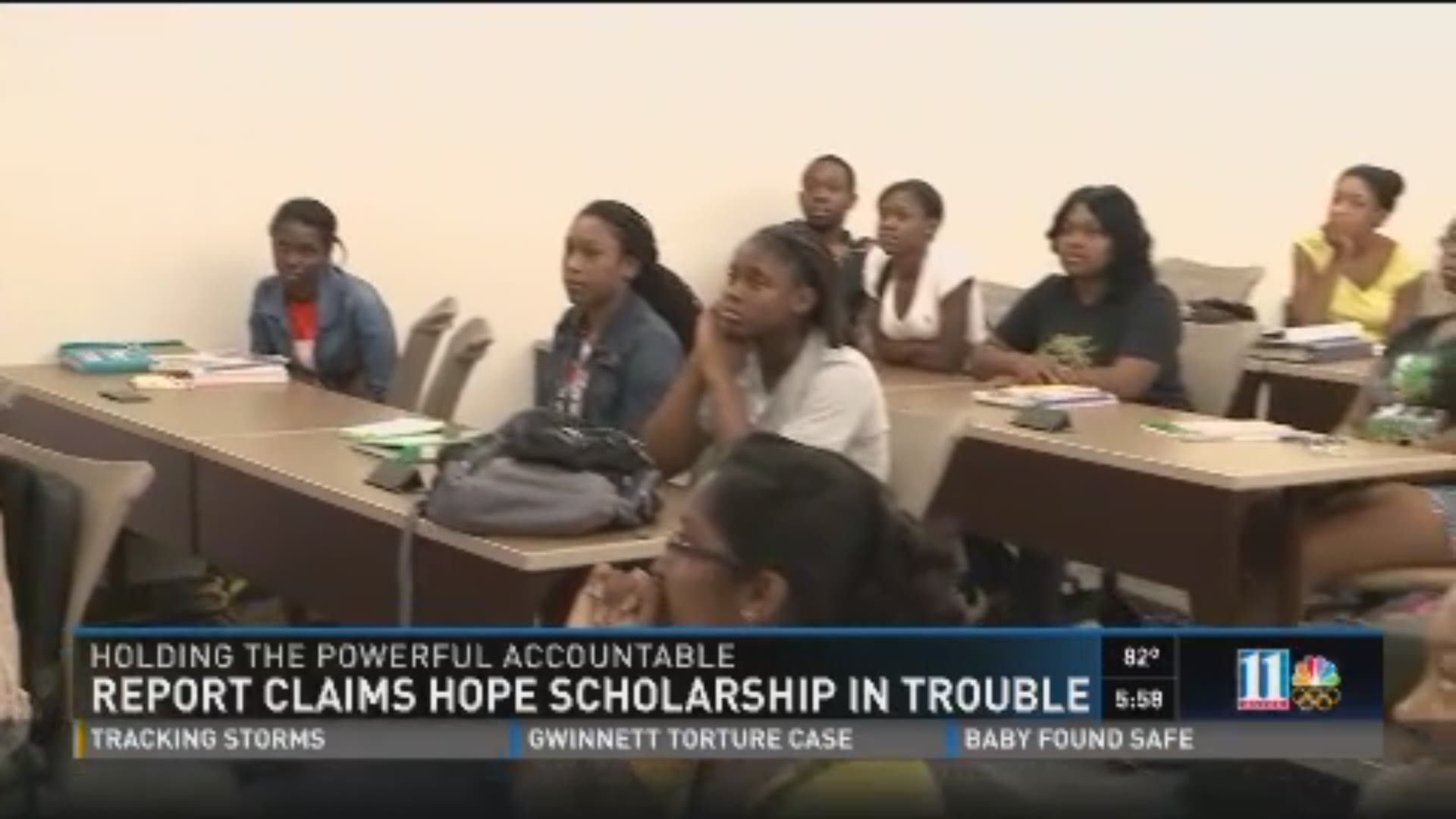 New analysis of Georgia's HOPE Scholarship shows the program will run out of money in less than 15 years.

The scholarship, which was started by the Georgia Student Finance Commission in 1993 and funded by the Georgia Lottery, is a merit-based award available to Georgia high school students. It provides tuition assistance to students looking to get an undergraduate degree at eligible colleges or universities in the state.

According to a new report by Nancy Badertscher, the Hope Scholarship will run out of money by the year 2028.

"It's a victim of its own success," Badertscher said. "This fall at UGA, 98 percent of new freshman will be either on the Zell Miller or the HOPE Scholarship. So you can imagine, that's not a cheap thing."

Among the report's findings:

However, the largest transfer in the lottery's two decade history may not be enough to save the future of the program, says Chip Lake, President of the Committee to Preserve HOPE Scholarships.

"Despite a tidal wave of cash from the Georgia Lottery, demand for tuition assistance among Georgia families is overtaking the ability to fund the scholarships as intended," Lake said in a press release.

Since its first year, the Georgia Lottery has returned more than $17.6 billion to the state of Georgia for education. All Georgia Lottery profits go to pay for specific educational programs, including Georgia’s HOPE Scholarship Program and Georgia’s Pre-K Program. More than 1.7 million students have received HOPE, and more than 1.4 million 4-year-olds have attended the statewide, voluntary pre-kindergarten program.

“The Committee to Preserve HOPE Scholarships is a private entity with no affiliation with the Georgia Student Finance Commission (GSFC). We just received this report and look forward to analyzing it over the coming days. As with any long-term projection, it is critical to understand that there are many factors that can impact program costs – tuition, enrollment, etc.”

"It's crucial to keep our eye on the ball," Badertscher said, "this is a program that has served 1.7 million students. It should be there for your kids."