It will flank Atlanta's Pittsburgh community 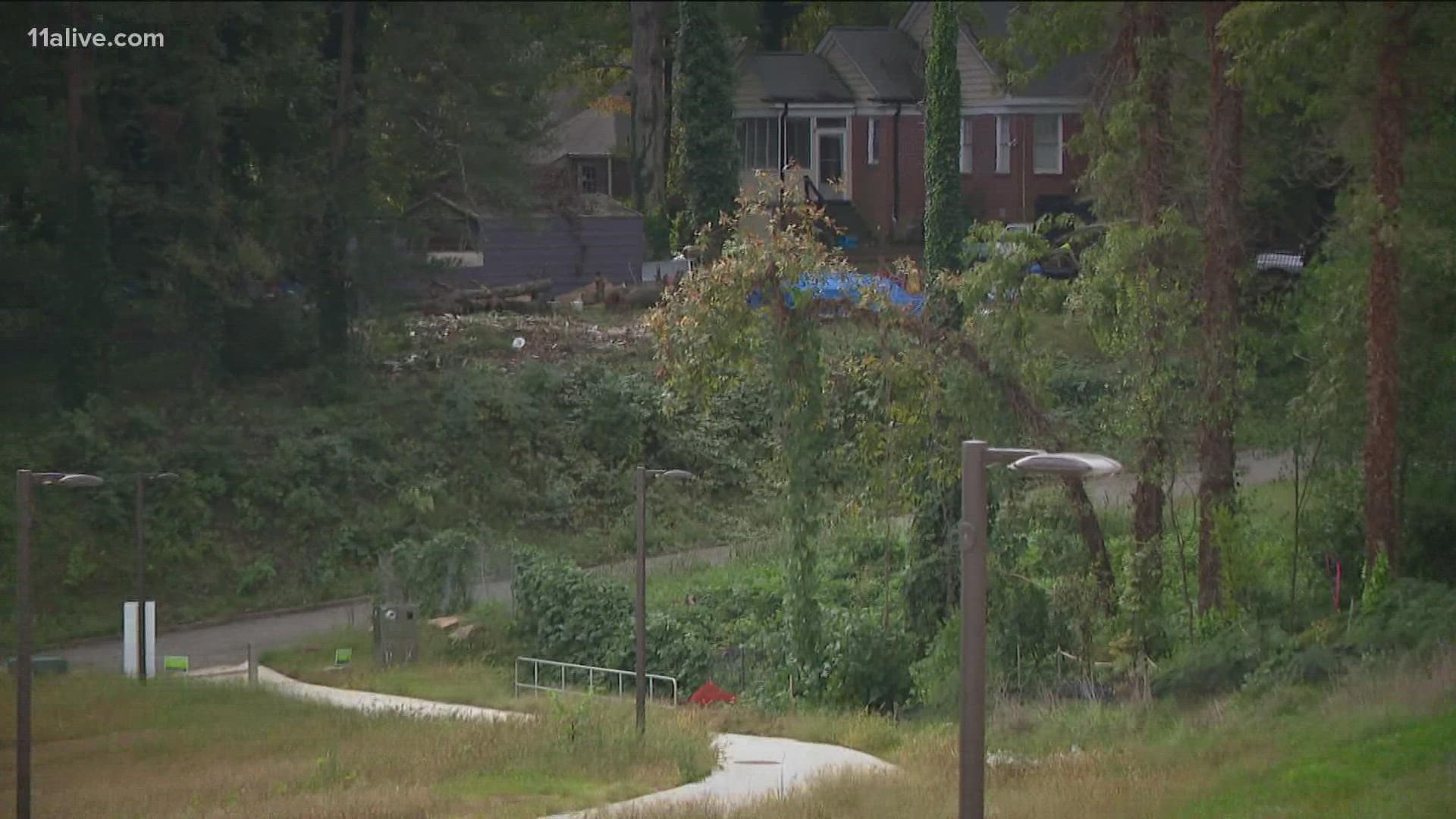 ATLANTA — The Atlanta BeltLine cuts a ribbon on a new segment Tuesday – serving an area of Atlanta that has been fraught with crime and poverty for years and infusing it with money and attention.

The Pittsburgh community is due south of downtown.  Just blocks from the BeltLine, boarded up homes are commonplace, along with signs of new money from real estate investors.

"We now have yoga studios and bakeries that serve seven, eight dollar cupcakes or a ten dollar burger," said Tonya Washington Hicks, an activist in nearby Peoplestown.  "And those things are nice for those who can afford them."

The new segment of the BeltLine will link Peoplestown and Pittsburgh with the Westside and bring jobs to the area, says Clyde Higgs, the BeltLine's CEO.

"By bringing jobs to the community, by creating opportunities to start a business," Higgs said. "That’s what we‘ve done with this segment of the beltline, (and) thought through this in a holistic way."

Two summers ago, the Pittsburgh community was where protesters climbed onto the downtown connector to close the highway in response to the police killing of Rayshard Brooks at a Wendy’s parking lot near Peoplestown.

Activists say the area needs the jobs promised by the Beltline. But some worry it will also drive out lower income residents.

"There will be some measure of displacement, if not a lot," said Clayton Davis, who runs the nonprofit Andrew P. Stewart Center, geared toward affordable housing.

The Beltline has added a program to help pay taxes of residents whose property values and taxes rise because of the Beltline. That program won't help renters.

Higgs says the BeltLine accelerated development of the Pittsburgh stretch in order to stimulate commercial potential in the historically troubled area.

"What we have done  using our equity lens is to put this segment of the Southside trail at the front of the line, to give this community an injection of economic development opportunities," Higgs said.

It's a mixed blessing at best, says Hicks.

"If you were to ask long-term residents in Peoplestown and Pittsburgh, 'What do you need?' They would not have responded with, 'Oh, we need a BeltLine.' They would have said, 'We need a grocery store,'" Washington said.