She oversaw more than 1,000 employees leading one of the Miami police department's largest divisions. 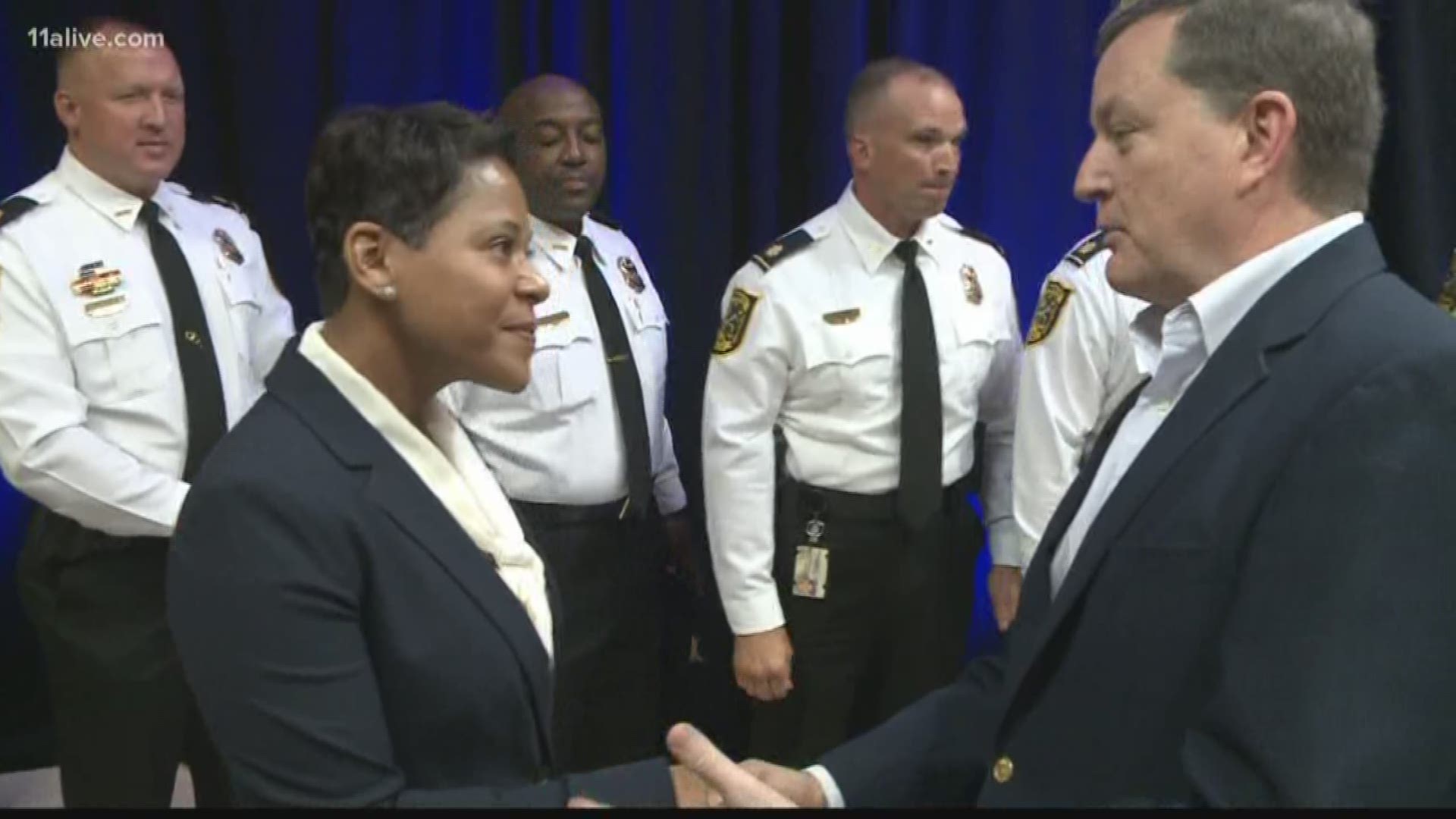 DEKALB COUNTY, Ga. — Mirtha V. Ramos, a 22-year veteran of the Miami-Dade Police Department and the chief of its special investigations and north operations divisions, has been appointed the new chief of DeKalb County Police Department.

County CEO Michael Thurmond announced the appointment, the first female chief of the DeKalb Department, on Thursday and said it will be effective Nov. 4.

According to a release from Thurmond's office, Ramos was responsible for one of the Miami department's largest divisions, overseeing 1,047 employees in four police districts.

“Chief Ramos has embraced community policing as an effective tool to reduce crime and improve public safety,” Thurmond said. “She is an innovative leader who brings a wealth of experience, training and professionalism to this important position. I am confident that our new police chief will dedicate herself to advancing DeKalb County’s public safety priorities.”

Thurmond outlined those priorities to include a focus on bolstering current efforts to recruit, train and retain officers; expanding community-building initiatives "designed to interrupt the cycle of gun violence and illegal gang activity; and to strengthen partnerships with other law enforcement agencies to "reinforce DeKalb County's commitment to protecting law-abiding citizens and residents."

Former DeKalb Police Chief James Conroy, who had been with the department for 30 years, announced his retirement in February. His final day was April 30.

An acting chief has been in place since then.