The City of Newnan is taking extra precautions before a neo-Nazi group holds a rally in one of the city's parks on April 21. 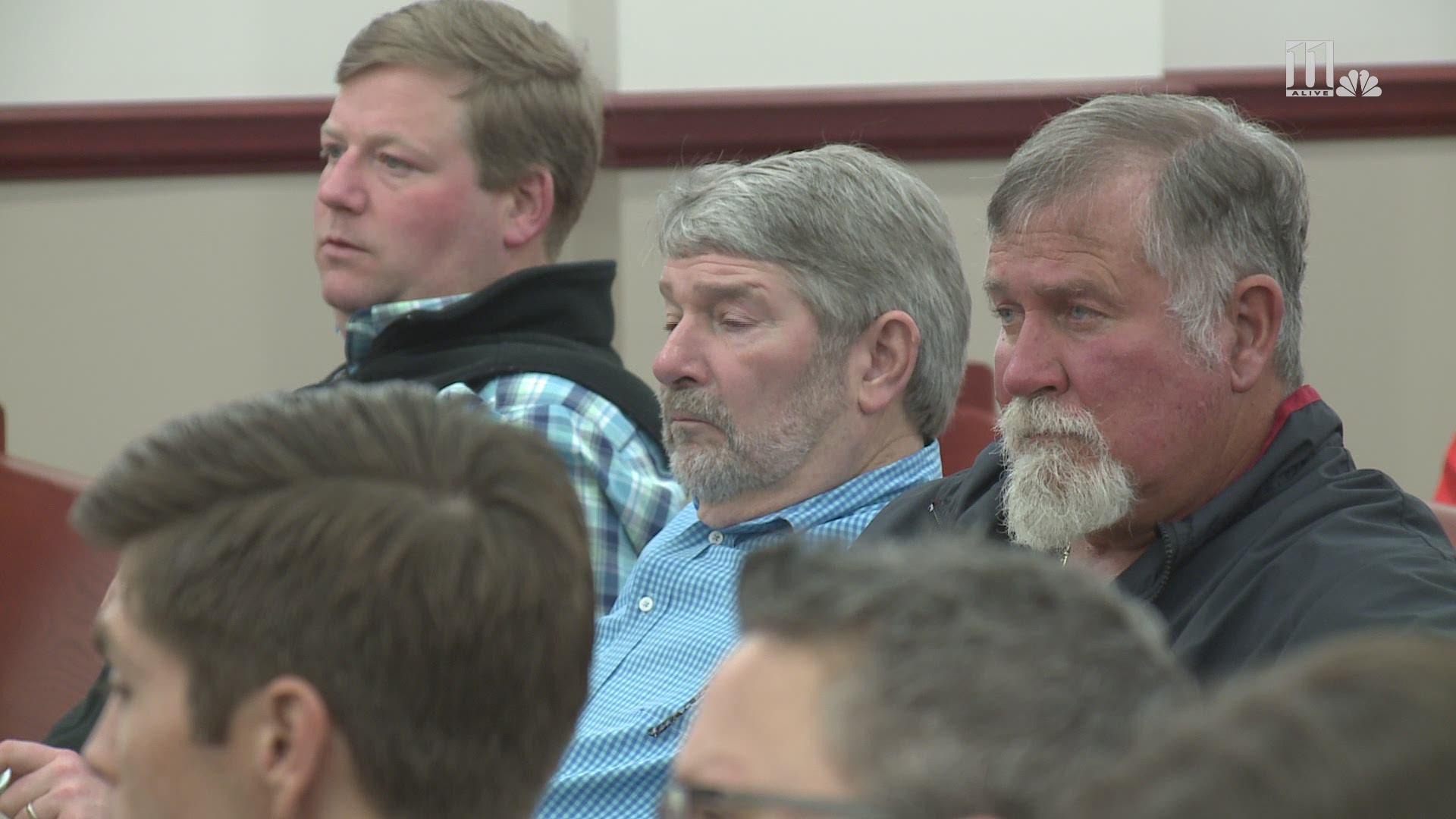 NEWNAN, Ga. - Newnan police held a meeting on Tuesday telling locals what they plan to do to protect them and visitors during a Neo-Nazi rally.

Led by Newnan Police Chief Douglas ‘Buster’ Meadows, department safety leaders discussed what they plan to do to prevent another incident like that in Charlottesville, Va.

“Our number one priority is the safety of our people and their property,” Chief Meadows said.

The city of Newnan’s police department, along with Coweta County Sheriff’s Office and two dozen additional law enforcement agencies are setting up traffic routes and putting up barriers to prevent any conflicts with counter-protesters or damage to property.

The city plans to hire an additional 400 officers but it is still searching for more.

Several streets will be closed off around the Greenville Street Park where the rally will be held from 3 p.m. to 5 p.m. on April 21. Safety officials also encourage business owners to put away anything that could possibly be thrown or cause damage such as decorations, chairs or tables.

Although there had been rumblings of the anti-fascist group known as ANTIFA also attending and counter-protesting the National Socialist Movement, no permit had been submitted to allow their presence at the park.

But that doesn't mean they won’t be there, according to Chief Meadows. In the event that both groups show up for the rally, water barricades will be set up to separate the groups to avoid any conflict.

One attendee asked why the group was even allowed to have their rally in the city in the first place.

Chief Meadows stated that, first, it is their first amendment right to have this rally in their city as long as organizers have a permit. And second: at least this way the group will have to adhere to the requirements given to them by the city, such as a curfew.

Another business owner who was in attendance at the meeting raised another question - why Newnan?

"They just chose us. And basically they said because of the monuments on the square," said the chief.

The monuments mentioned by the chief refer to several Confederate monuments that are present within the park and the city square.

“We want to send a message and encourage residents to stay away,” Chief Meadows said. “They want an audience. We don’t want to give them that.”

A separate city meeting was planned for Tuesday. The meeting will cover the possibility of a festival to be held the night before the rally to counter the motivations and negativity locals believe it will bring and give the city a chance to disassociate themselves from the group. A spokesperson for the city told 11Alive around 4 p.m. that the permit for the #NewnanStrong rally for April 20 was passed.