Nicholas Martez Nelson was arrested and charged with four counts of murder - but authorities said he could be linked to as many as six killings. 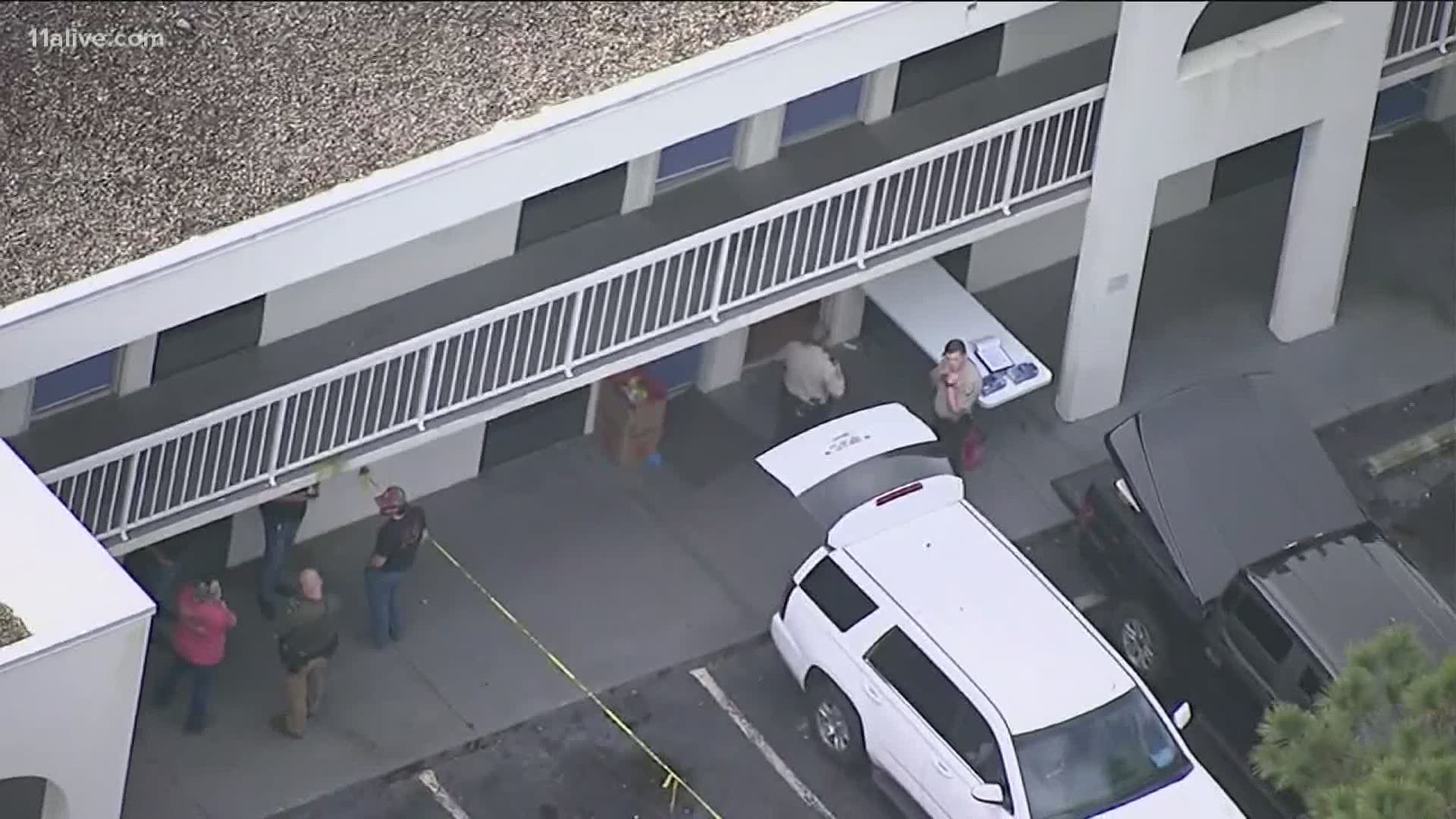 NEWNAN, Ga. — A suspect is facing several murder charges - with more possibly on the way - after three people were found dead inside a motel in Coweta County over the weekend. Authorities believe he could be connected to two other incidents last week.

All the victims are local to the area, the sheriff's office said. Their names are not being released at this time.

Nearby are several car dealerships, gas stations, and rental car businesses. One worker in the area told 11 Alive that they were shocked to hear the news, "being a woman in the area and being at work alone it’s really scary to realize something like that happened so close.”

Meanwhile, authorities said they have arrested Nicholas Martez Nelson and are charging him with four counts of murder, though the sheriff's office said more charges could be coming because of the belief the suspect is connected to those other shootings. Altogether, authorities believe he could be linked to six deaths in the Newnan area. The city is the county seat for Coweta County, is about 40 miles southwest of metro Atlanta.

The sheriff's office said it is working with the Bureau of Alcohol, Tobacco, Firearms and Explosives; the Georgia Bureau of Investigation and the Newnan Police Department.

"On behalf of the Coweta County sheriff's Office and the community, we ask for prayers for everyone affected and for respect and consideration to be shown to each and every family member involved," the sheriff's office asked.

Anyone with more information on the case is asked to contact the sheriff's office or the Newnan Police Department.