Tatiana Van Linden told officers she was sorry and that it was an accident when they arrived on the scene. 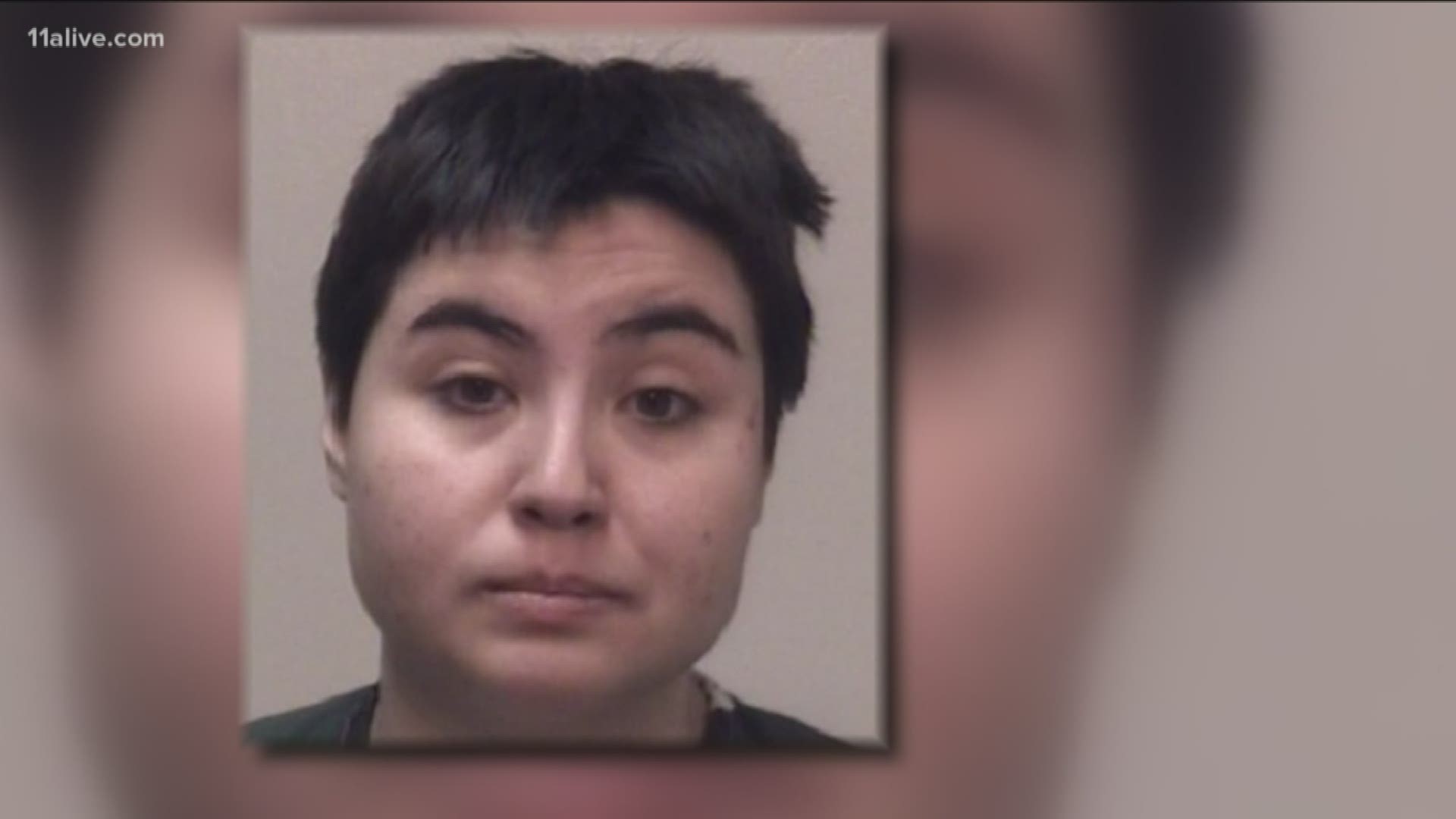 COWETA COUNTY, Ga. — A 19-year-old woman has been charged in the stabbing murder of her adoptive mother after an argument over medication.

Coweta County Sheriff's Office investigators reported that Tatiana Van Linden was arrested and charged in the death of Leslie Ann Van Linden on Thursday after deputies arrived to find a disturbing scene.

The crime happened at the family home on Edgeworth Road near Newnan. Having heard the argument in the background as he watched the news and eating dinner, the victim's husband said he thought his wife was being dramatic when he first heard her say she had been stabbed. But he went to check anyway and learned the truth after seeing the chest wound Leslie had suffered.

He told the arriving deputy that Tatiana had previously come to him asking for a passport to move to California to live with her boyfriend - to which he replied she wouldn't need a passport for that.

The incident report suggests Tatiana later got into an argument with Leslie about the teen's medications. He added that Leslie asked Tatiana for the medications to make sure she was taking them to which he said the teen later exclaimed how the "medications were created by the devil."

He then advised that he saw his wife walk toward the back of the residence with keys. After that is when he heard Leslie cry out that she had been stabbed.

When the first deputy arrived on the scene, the report states he made careful entry from the garage into the home. The deputy then saw a head peek out from behind a corner and, with his gun drawn, ordered the person to come out. That person, who he then ordered to the ground, ended up being Tatiana, the report states. As he awaited backup, he asked the husband for an update on Leslie's injuries. The victim stilling laying on the floor in the master bedroom, he said she was having a hard time breathing.

At this point, the report states Tatiana began repeating that she was sorry. The deputy then handcuffed the teen and removed her from the home. At the time, the deputy said he didn't find a weapon on her but saw blood on her fingers. Upon learning no one else was in the home, the deputy reported the scene secure and safe for medical staff to enter as they arrived.

The report states the deputy re-entered the home and went to the room where several medics were already trying to save Leslie - although he added in the report that a fire commander told him that "Leslie's condition did not look good." He said in the report that he saw a large amount of blood on the carpet.

After advising an arriving sergeant of the victim's condition, he went back to Tatiana to read her Miranda rights.

The report goes on to say the argument was not only about the medication but also about the possibility of being taken to Riverwoods Mental Health Facility.

The report states she once again said she didn't mean to stab her mother and that she then told the deputy where he may be able to find the knife - in a duffel bag or backpack in one of the rooms inside.

The deputy then agreed to go back inside for the victim's husband to get clean socks - his were blood-stained - and any other items he might need.

The victim was originally set to be airlifted to an Atlanta hospital but later ended up being taken to Newnan Piedmont Hospital by land. A sheriff's office corporal took the husband to the hospital to be with his wife.

Another deputy took Tatiana to the sheriff's office where she would eventually face charges for Leslie's murder. She remains in jail without bond.

During the investigation, authorities learned from the husband that Tatiana - who is the biological daughter of the victim's brother - had been adopted years earlier after she had been taken into State of Florida custody "due to failure to thrive."

Authorities confirmed to 11Alive that Tatiana actually made the first call to 911 regarding her mother's stabbing. The husband made a second call moments later.