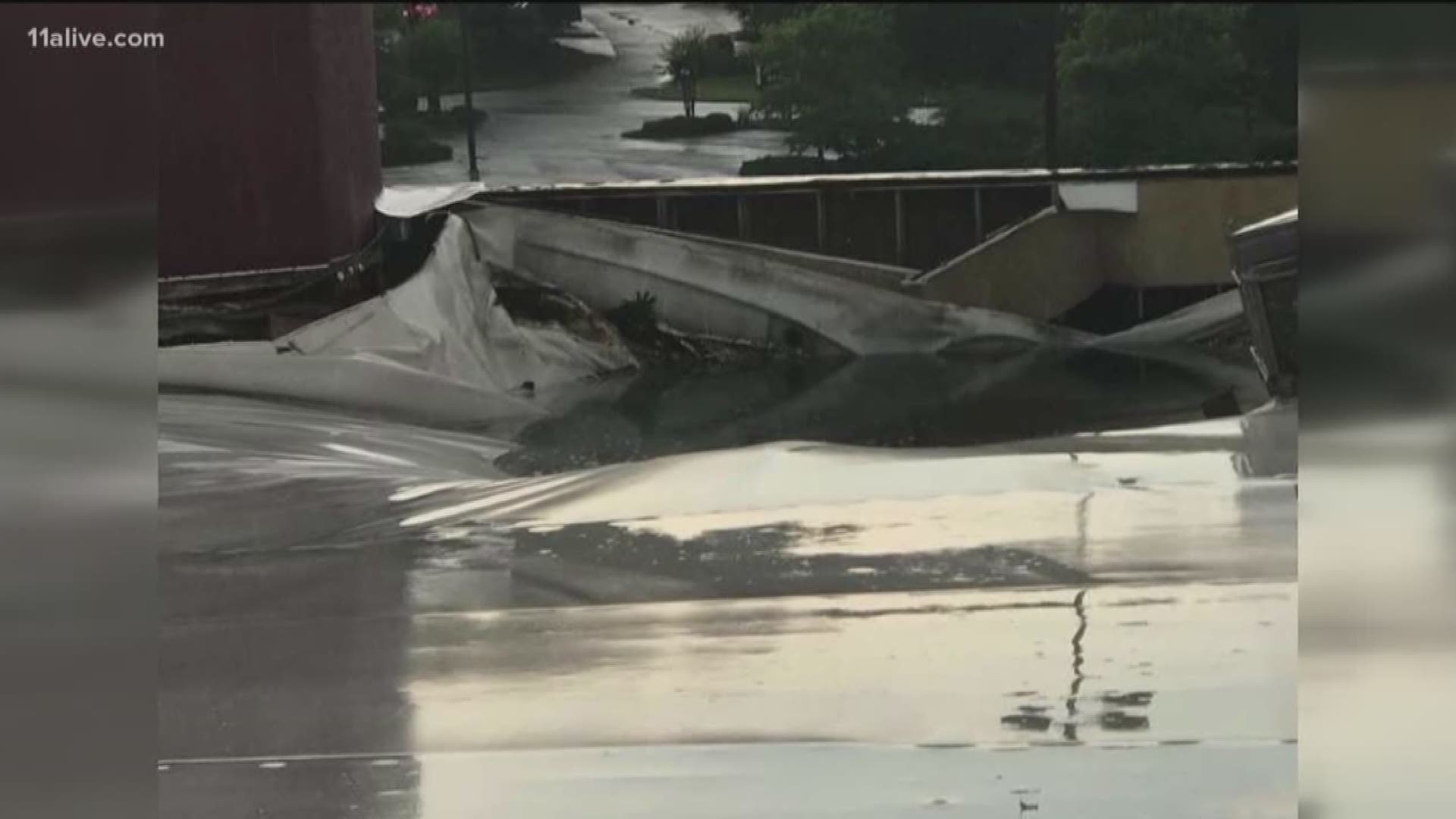 NEWNAN, Ga. -- The Junction Lanes Family Entertainment Center in Newnan received major damage in a severe thunderstorm late Friday afternoon that caved a portion of the building's roof in.

The people who were inside the facility were quickly evacuated. No injuries were reported in the incident.

When the roof caved in, the fire sprinkler line broke causing additional damage to the building.

1 / 15
The roof at a bowling alley and family entertainment center in Newnan had a partial cave-in due to a heavy thunderstorm Friday evening, June 8, 2018.

Junction Lanes owner Ryan Huber said the center will remain closed until at least Monday, and quite possibly longer.

Huber said the majority of the damage was confined to the glow golf area.

He said that area was empty when the story struck at about 6 p.m. Friday.

"Fortunately, it was a time when we were in between busy day and busy night, so we only had 12 lanes going a the time," Huber said.

Huber said he helped build Junction Lanes 20 years ago and says the roof is huge -- about the size of one and a half football fields.

The goal now is to figure out what went wrong and to fix it.

"We should be back up and running with bowling, food and beverage," he said. "And the arcade within a few days hopefully."