"He put his life on the line to try and protect the bar that he loves." 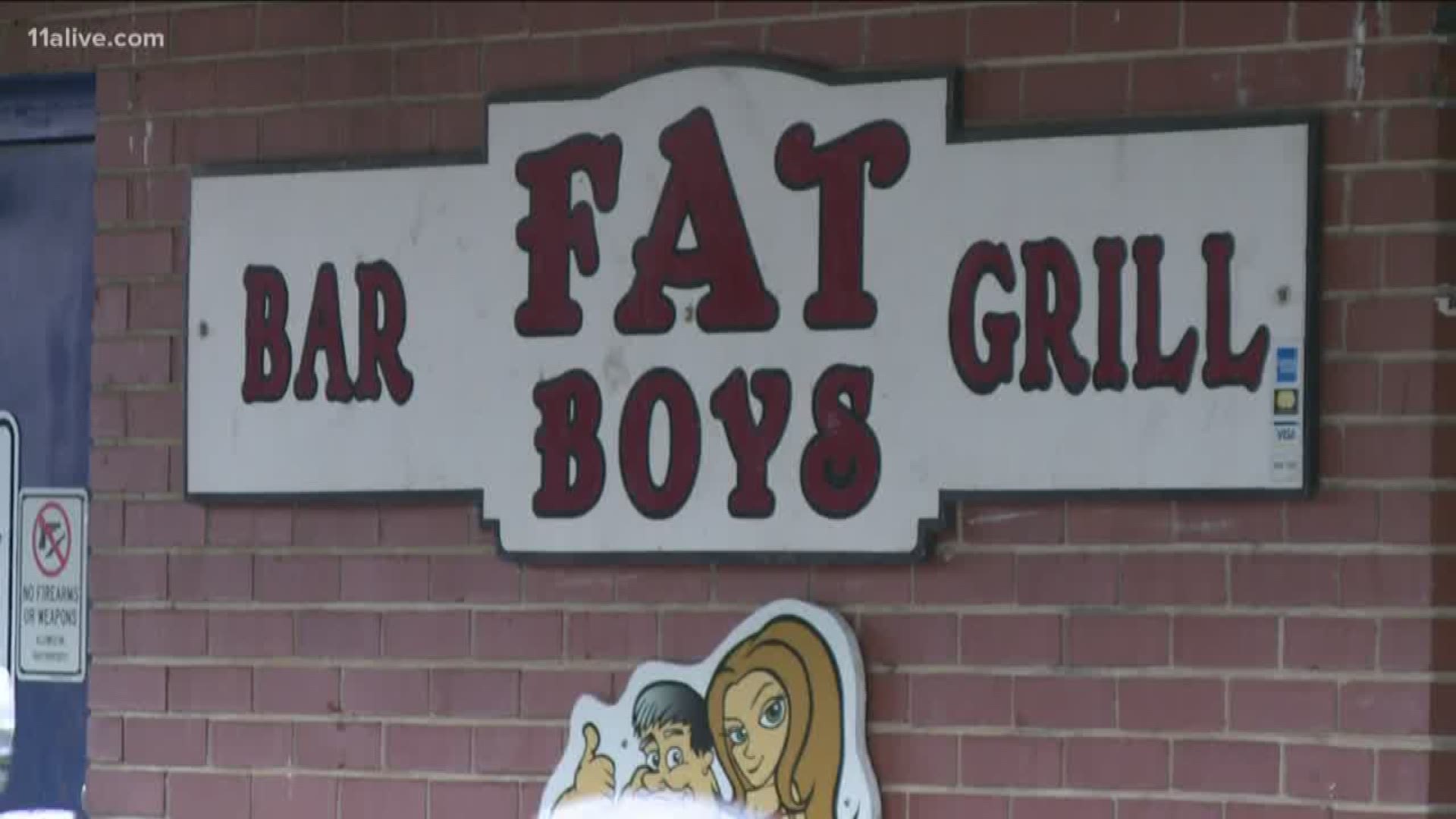 NEWNAN, Ga. — A bar employee was shot several times while trying to defend the business from a man who had been kicked out Saturday night.

It was back to business as usual on Sunday for the Fat Boys Bar & Grill off Highway 16 West in Newnan. But hours before, police said Kevintez Mathewis opened fire in the parking lot, leaving employee Ben McCoy hospitalized.

According to reports, Mathewis had to be forcibly removed from the bar by security after he was agitating customers. Manager Emily McGhin told 11Alive's La'Tasha Givens staff members immediately took action.

"Our security staff followed every protocol that we’ve put in place - keeping everyone safe, locking everyone inside before we even knew what the situation was," she said.

After Mathewis was kicked out, McGhin said staff called police. But while they were on their way, witnesses reportedly said Mathewis went to a parked vehicle and pulled out a gun and started shooting.

McGhin said McCoy heard the shots and grabbed his gun from inside his car, sitting in the front seat as Mathewis walked by. Investigators told one news outlet Mathewis then fired several rounds at McCoy, hitting him several times.

"He put his life on the line to try and protect the bar that he loves," McGhin said.

Meanwhile, the bar and its patrons were safe, locked inside. McGhin said the situation was under control within minutes.

"And the law responded quickly and because of that Ben is going to be stable," she added.

McGhin said even though all safety procedures were followed, they're still going to look for ways to keep employees and customers safe.

"We’re using this experience to learn, OK, what can we do to be even safer next time," she explained. "Whether it’s having off duty officers here in the weekends when we’re busier, or having more security for this random act that happened."

Now that Mathewis is behind bars facing multiple charges, McGhin said the community is focused on helping McCoy and his recovery.

"We have fundraisers to help with his medical bills, and we want him to know: Ben we love you and we’ll do everything we can to support you for risking your life to save us," McGhin said.