It all happened within a 25-mile radius and was over in a matter of days. 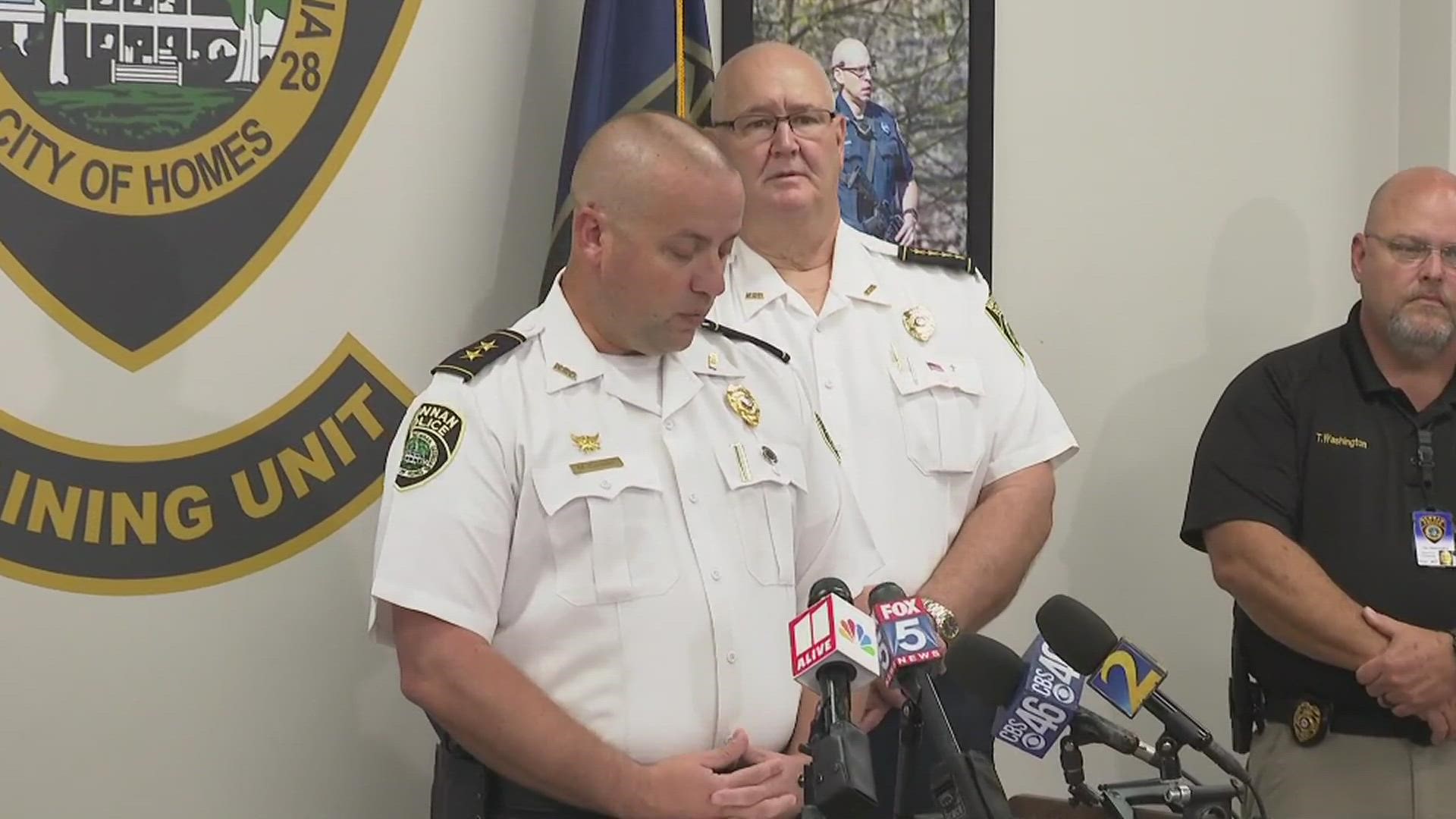 Nicholas Martez Nelson, 38, has been arrested and charged with four counts of murder in connection to the killing spree, but authorities said there could be more charges coming as they work to put the pieces to the violence together.

It all happened within a 25-mile radius and was over in a matter of days. Police don't believe there is still a threat to the public, but said it would take prayers to heal.

The Crime: Timeline of events

It all began around 2:40 p.m. on Nov. 5, when Newnan Police officers got called to Steeple Chase Drive after a reported burglary in progress.

But just hours later, minutes before 8 p.m., police got another call to respond to East Broad Street after getting a call for shots fired with a "person down."

When officers got there, they found two people who had been shot multiple times - one person with a faint pulse laying in the driveway; another was on the back deck. Both victims - later identified as William Edward Bussie III, 39, and Kevin Duane Robbins, 43, both residents of the home - were pronounced dead there.

Investigators recovered evidence, including shell casings, from the scene.

Police got a call just before 5:30 p.m. to the Eastgate Apartments off Dowdell Street.

According to witnesses on scene, a man in a silver Ford Crown Victoria pulled up in a parking lot and fired shots at a man before driving off.

First responders took the victim, Warner Mandrel Parks, 39, to the hospital with a faint pulse, but he, too, later died.

Police issued an alert for everyone to be on the lookout for the car; it was later found a little ways off at the Red Roof Inn by deputies with the Coweta County Sheriff's Office. The owner, identified as Nicholas Martez Nelson, 38, was found walking in the parking lot and arrested. He was charged with Parks' murder.

Coweta County Deputies responded around 3:30 p.m. to Herring Road for a welfare check at a Motel 6. When they got there, they found three people dead insiden one of the rooms. Tangela Molden, 32, Monte James Ballard, 58, and Michael Lang, 37 had all been shot several times, authorities said.

But while detectives were investigating the scene, they found evidence there that they said linked Nelson to the other two shootings, and he was ultimately charged with those three murders.

But the new evidence also altered their timeline of events - investigators said it appeared that the shooting at the motel may have taken place in the middle of the night Nov. 6 in between the two other shootings.

Where do the cases stand now?

Newnan Police said they have obtained search warrants for Nelson's car and the other locations, but so far, they said evidence appears to have linked him to all of the crime scenes, including the initial burglary that set the whole chain of events into motion.

Right now, both the Georgia Bureau of Investigation and the Bureau of Alcohol, Tobacco and Firearms are conducting more forensic analysis of the evidence collected from across the scenes - including two guns believed to be from Nelson, though it's not clear if they were used in the shootings. If any of the evidence matches, police expect they will file additional murder charges against Nelson, and others connected to the burglary.

So far, police said they have no motive, but they said it appears that Nelson may have been under the influence of drugs as the events unfolded.

Authorities said they believe that Nelson is the person responsible for the crimes and that he acted alone, but they are looking into the possibility that there were accomplices. And while it's unclear the connection between the victims, police do at least believe the victims all had some sort of relationship to Nelson and were "more than acquaintances." Its unknown at this point whether any conversations took place between Nelson and the victims before they were shot.

Police don't believe there is an eminent threat for more victims, but they said they can't rule it out. They did ask that anyone who has a family member in the area that can't be reached to call police to conduct a welfare check so they can confirm those family members are OK.

Police said they are focusing on investigating the case thoroughly to ensure that it is prosecuted.

"We've never had six murders in four days," said Deputy Chief Mark Cooper during a Tuesday press conference. "We are attempting to makes sure this never happens again."

"Even something you don't think is very pertinent might be," Coweta County Sheriff Lenn Wood said.

Meanwhile, authorities are asking for prayers for the community and the families of the victims, who were all from the Newnan area.

"This is a tragedy that has happened, and a lot of families are affected," Newnan Police Chief Meadows explained. "We ask that you keep them in your prayers."