Man shoots son, barricades self inside home before SWAT takes him in custody

The suspect allegedly barricaded himself in a home in the Stonebridge community, beginning an hours-long standoff with Newnan Police. 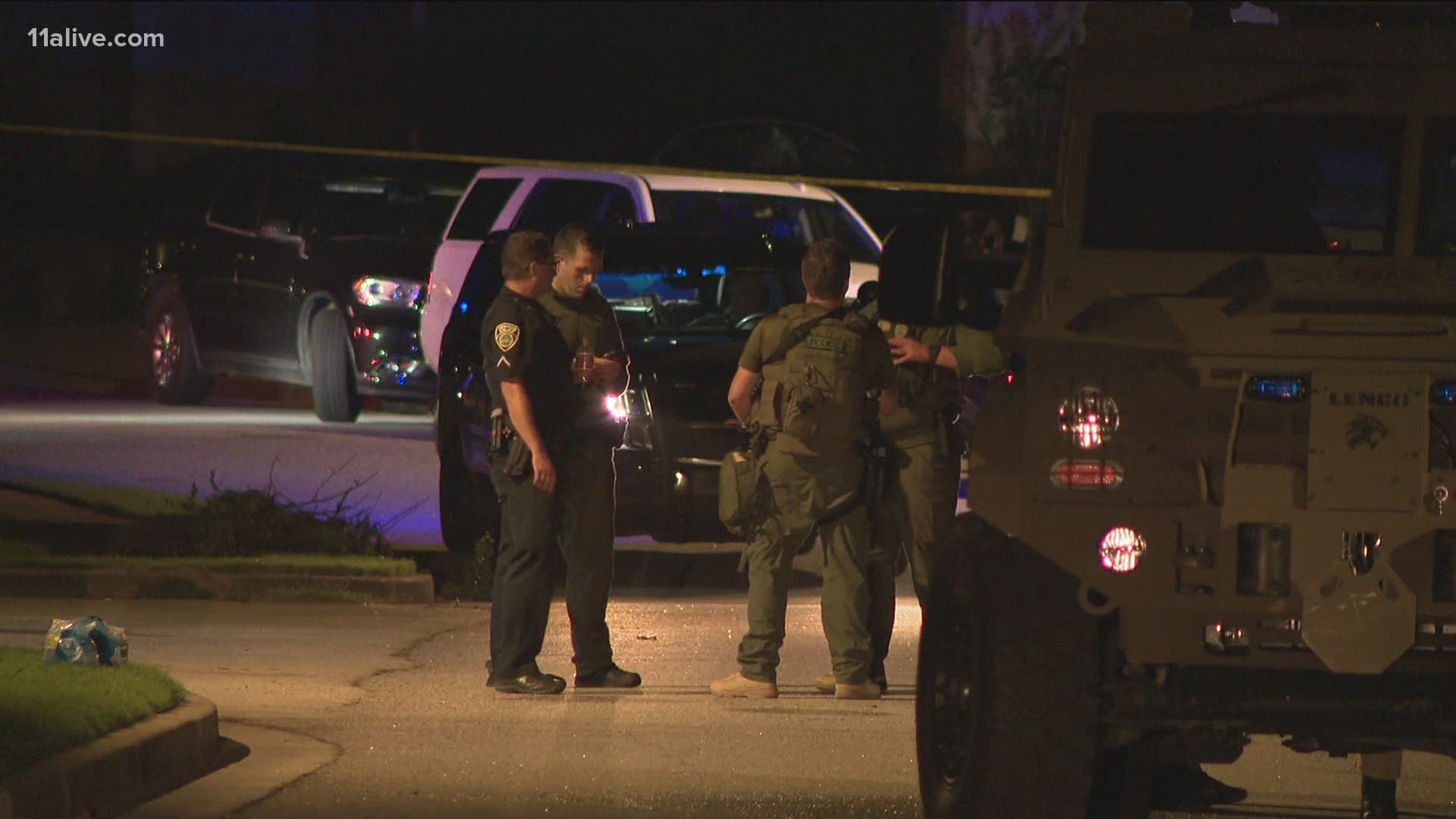 NEWNAN, Ga. — Police are now saying a person is in custody after a shooting and hours-long standoff in a Newnan community on Monday night.

A spokesperson for Newnan Police said that officers were called to Stonebridge Crossing in the Stonebridge neighborhood on Monday around 7 p.m. to reports of shots fired.

They arrived to find a 27-year-old man who had been shot multiple times.

Police determined that his 48-year father shot him and that he was barricaded inside their home. Around midnight, witnesses saw SWAT officers rush into the home.

Authorities later confirmed that they had taken the suspect into custody around 11:45 p.m.

Officials said, during the arrest, as the suspect was walking backwards towards officers, he made a quick movement to his waistband, prompting a Coweta County Sheriff’s Office deputy to fire his shotgun. He was struck in the leg, according to Georgia Bureau of Investigation.

Both men were taken to Grady Memorial Hospital where they are said to be in critical, but stable condition.

The GBI is investigating a use of force incident from last night in Newnan involving the Coweta County Sheriff's Office (CCSO) and Steve Smith. Police responded to the area of a shooting and learned that Smith had shot his son, Isaiah Smith, multiple times. (1/2) pic.twitter.com/5Xsgy8oS3G

Smith was injured by a less-lethal round shot by a CCSO deputy following an hours-long standoff. Both men were transported to the hospital. (2/2) https://t.co/Yme47ZwXJU

The Stonebridge neighborhood is located on the northeastern side of Newnan and off of Lower Fayetteville Road not far from a shopping area.