Re. David Stover, who represents Newnan in District 71, insists that he lives in his mother’s basement in Georgia. 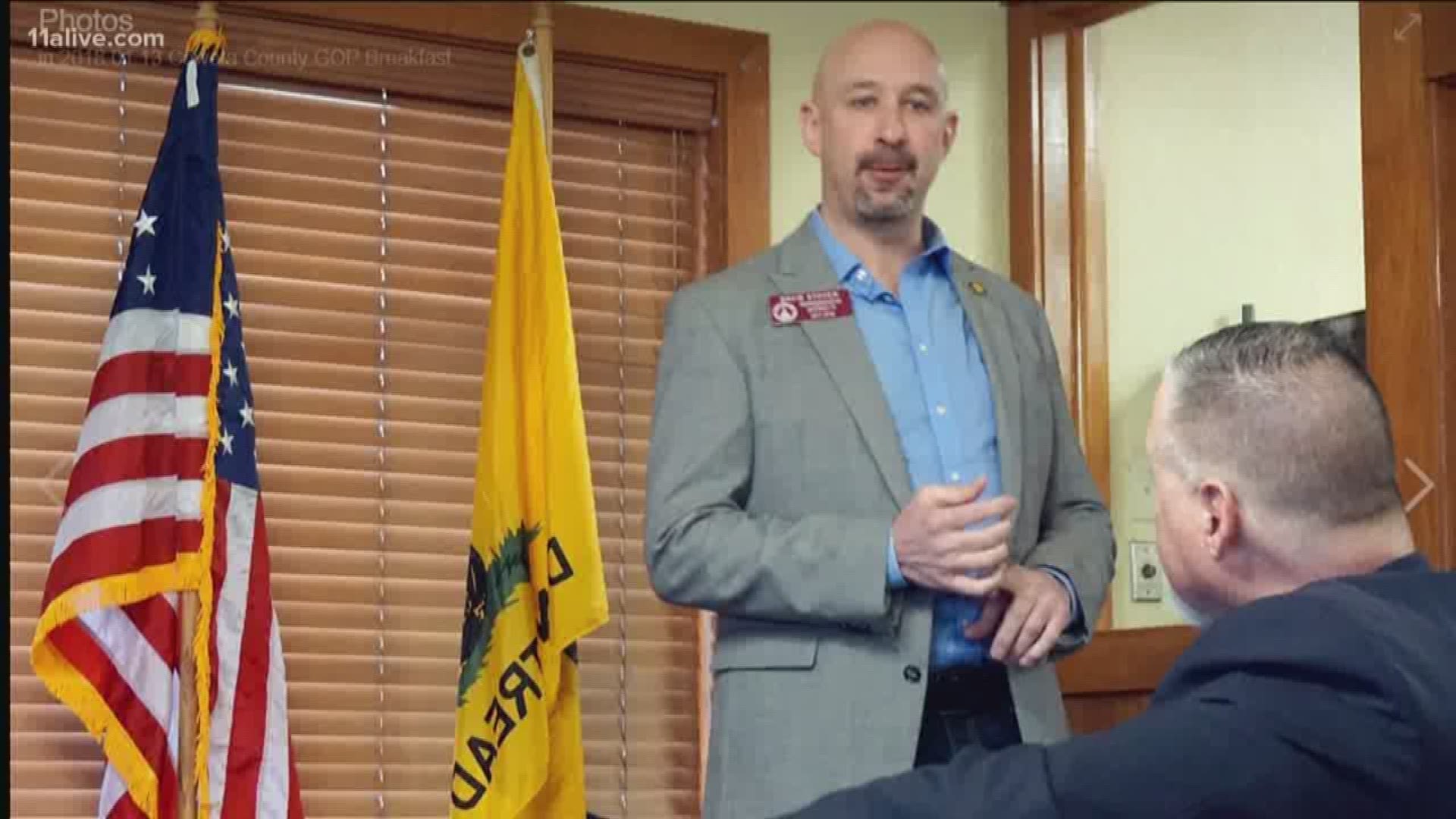 Georgia Rep. David Stover is responding to allegations that he has moved out of Newnan and is living in the United Kingdom.

Stover represents voters in District 71, which encompasses Coweta County. His district office is in Newnan, but voters told 11Alive he is chronically absent from his legislative office.

After 11Alive attempted to track him down, the Republican politician told a local newspaper that he is currently in the United Kingdom and admitted to being overseas during the Special Session for Hurricane Michael relief.

While he is still not publicly responding to 11Alive’s calls for comment, he is apparently not talking to Republican leadership in Georgia, either.

Speaker of the House David Ralston said Friday that he hasn’t heard anything from Stover after 11Alive’s initial investigation into where he was.

Ralston said that he expects his members to live in the district they serve and do their job to the best of their ability – and he cannot comment on specific ethics allegations.

Stover explained to a local newspaper that he was in the U.K. during the Hurricane Michael special session and didn’t want to fly back to Georgia because he had “a 102-degree fever.”

RELATED: Georgia Rep. David Stover says he won't step down despite questions of whether he lives in country

He also denied that he no longer lives in Newnan, but in fact lives in his mother’s basement – the same house he grew up in on Ridley Road. While he claims that is his legal residence, his wife, a U.K. citizen, does not appear to reside there with her children.

Voters in Newnan approached 11Alive months ago after complaining Stover was not performing his civic duties as an elected official in District 71. After he married his wife, he put a house he owns in Newnan up for sale.

According to public records, Stover missed 15 days of a 40-day session.

After temporarily disabling his Facebook page, he reactivated it and told his supporters that the 11Alive investigation is a “hit piece” in a lengthy post, without mentioning that he wrote the post from the U.K.

He did admit in the interview that he shouldn’t have written a letter to a U.K. family judge on his official House stationary.

11Alive has asked Stover for an interview, or at least a statement regarding allegations he is no longer in the country. So far, he has refused.

Where is Rep. Stover?