The Newton County Sheriff's Office released the name of the victim as 33-year-old Demario Battle, of Atlanta. Two other people were injured. 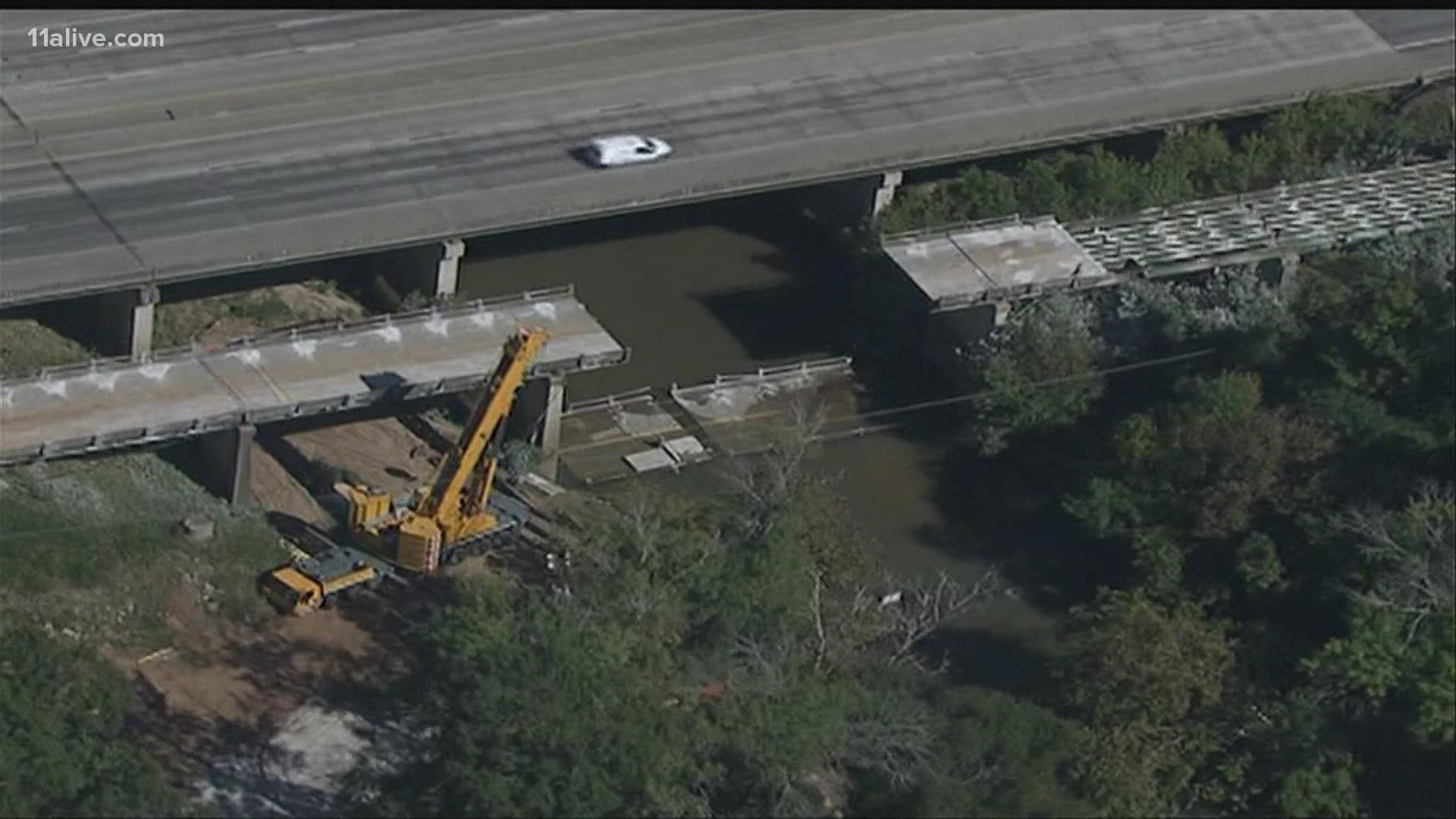 NEWTON COUNTY, Ga. — Hours after a portion of a bridge that was being dismantled collapsed, killing one person, crews remained on scene investigating exactly what happened.

On Wednesday, the Newton County Sheriff's Office released the name of the victim as 33-year-old Demario Battle, of Atlanta. Two other people were injured.

A spokesperson with the Occupational Safety and Health Administration (OSHA) confirmed to 11Alive that they have initiated an investigation into the incident that happened Tuesday evening.

According to the Georgia Department of Transportation, around 5:30 p.m., subcontractors with B&D Concrete were beginning the demolition process on the first of four spans of the bridge along on the access road. They say it is a bridge replacement project over the Yellow River near Interstate 20.

The Georgia DOT says the bridge was built in 1937 and passed an inspection in 2019. It had a weight limit of 21 tons.

A 500-ton crane was brought in Wednesday morning to remove a truck, excavator and other equipment.

According to the police report, the portion that collapsed was 70-feet long and they said it collapsed 50-feet into the Yellow River.

The bridge had been closed to the public since Oct. 18 due to the reconstruction.