The collapse caused three construction workers to be submerged in the Yellow River, the sheriff's office said. 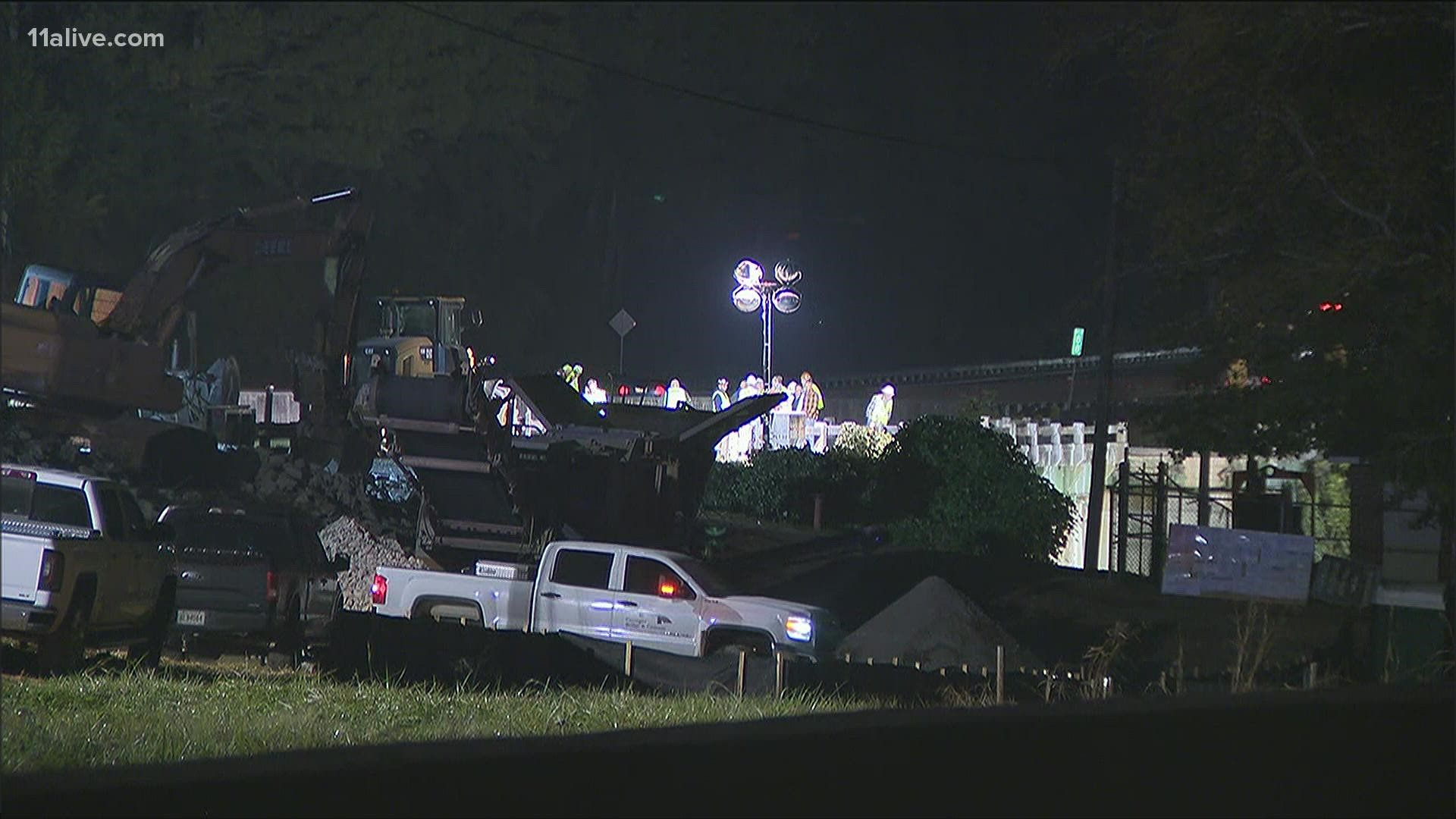 ATLANTA — Members of a construction crew were hurt Tuesday evening when a bridge they were working to dismantle collapsed, deputies said. One person died.

According to the Newton County Sheriff's Office, a portion of the Access Road bridge collapsed just before 5:30 p.m. The collapse caused three construction workers to be submerged in the Yellow River. The sheriff's office said in a Facebook post the workers were rescued and were receiving medical attention.

In a later update, the sheriff's office said one person had died.

At approximately 5:27 p.m. this evening, a portion of the Access Road (Frontage Road) bridge collapsed while...

The Georgia Department of Transportation said the workers were subcontractors (B & D Concrete Cutting Inc.) for Georgia Bridge and Concrete who were starting demo work on the first of four bridge spans on the Access Road replacement project near I-20 Exit 88.

GDOT said a crane will be brought to the scene to recover equipment. Work is expected to continue overnight.

Deputies said the right lane on I-20 eastbound from Exit 88 is opening back up. Delays are expected.

I-20 lanes adjacent to this active project location (pictured) reopening.

⏺ Sadly one loss of life and two others with serious injuries