Founder says group started "to try to get some of the magic of December" back into Newtown. 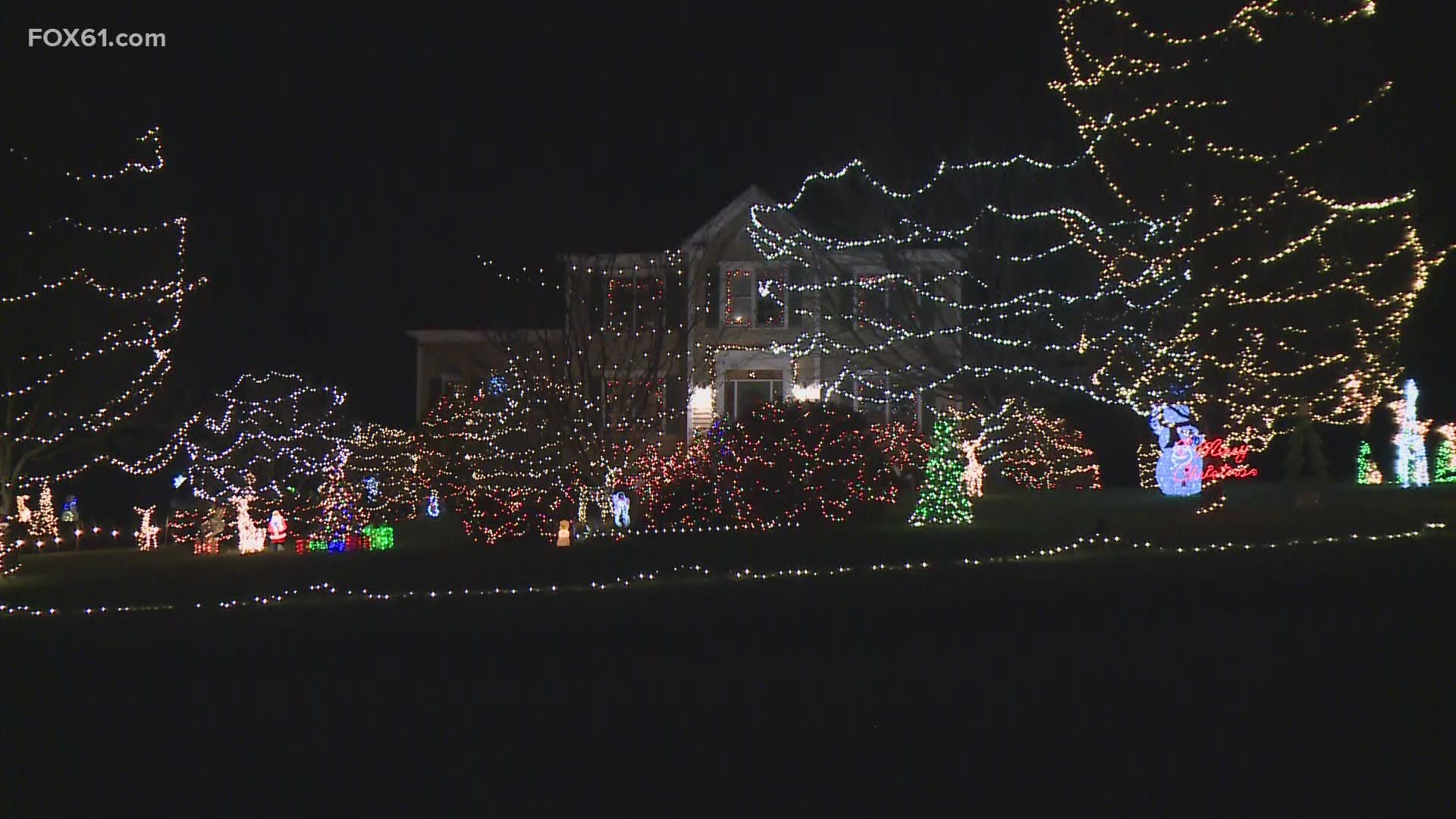 NEWTOWN, Conn. — Monday marks eight years since the Sandy Hook tragedy, a dark day that is always in contrast with the season of hope and light. Every year in Newtown, families decorate their homes keeping in mind the lives lost -- and the pandemic hasn't stopped this tradition.

When the holiday lights turn on, the celebration begins for those living in and around the Newtown area. Homeowners who decorate with magnificent Christmas light displays said it is quite an undertaking, but it is worth it seeing the smiles on people’s faces when they come to see their homes.

The force behind the movement is Lois Barber, she started the Facebook group ‘Newtown Holiday Displays and Maps’ following the 2012 Sandy Hook tragedy. She said they keep the holiday displays limited to 26 houses in honor of the victims.

“Our tragedy happened in mid-December. For years the air was heavy around here, you could cut it with a knife and I started this group so that parents could take their kids around to see the holiday lights and try to get some of the magic of December to bring it back to our town,” Barber said.

Rhonda Cullens said she lost a neighbor during the tragedy, so she puts an angel on display every year in her memory and has a green tree with exactly twenty- six angels in memory of all the victims.

“After that happened, I dealt with, so do I turn the lights off or leave them on? I just felt like I really needed to because we had so much darkness in our town and we needed that light,” Cullens said.

Coming up on @FOX61News at 10PM see how the Newtown community is celebrating the holidays in BIG way (literally) pic.twitter.com/pFqgQ8Ig5c

The Facebook group now has more than 5,000 members, on the page you can find a list and a map of the holiday displays. Typically, a contest is held but with the pandemic this year- homeowners are doing it just for the holiday magic.

“Families are driving around, looking at all of the houses and they stop and they really feel a sense of peace,” homeowner Yvonne Grimes said.

“I do it for the little kids and the little kid in all of us to bring some Christmas cheer and some light and brightness to the world,” Cullens said.

Residents said during a year where they have not been able to visit family and relatives, the festive displays are a way they can connect with their neighbors during the holidays.